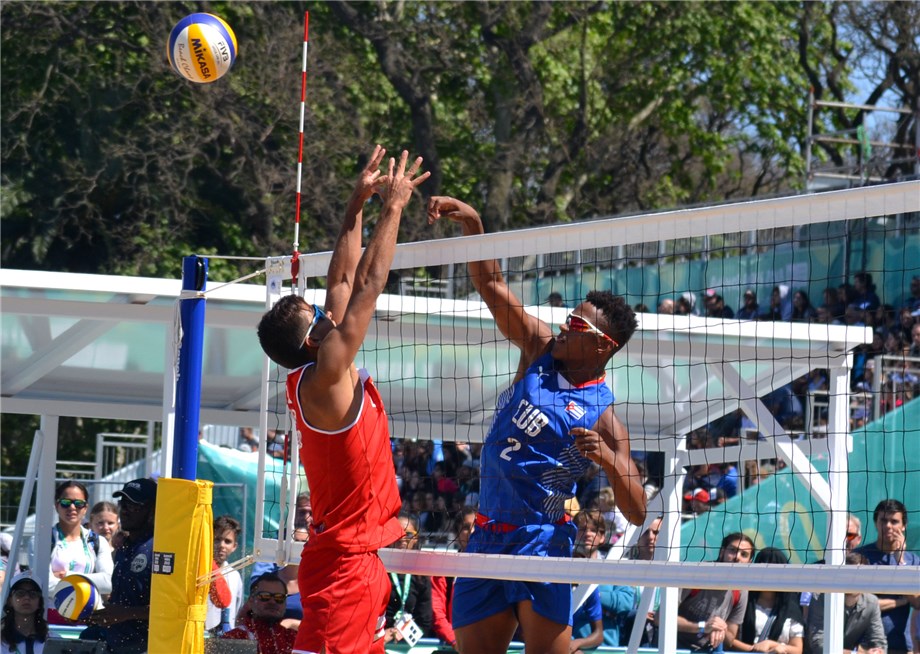 Posting the biggest seed-break-through for NORCECA women's pairs was Allanis Navas and Maria Gonzalez as the 12th-seeded Puerto Ricans ousted third-seeded Ana Sinaportar/Mercia Mucheza of Mozambique 2-0 (21-15, 21-14) in 27 minutes.  Navas and Gonzalez play 10th-seeded Nicole Nogales/Maria Canedo of Bolivia Sunday with the winners advancing to Monday quarter-finals against the victors of the match between Russia and The Netherlands.

In the competition between confederations after six days of pool play and one round of elimination, the Europeans on 43 of the 112 matches, including 20 wins for women and 23 for men.  The South American confederation has netted 26 victories (16 women, 10 men) followed by 22 for NORCECA (12 women, 10 men), 15 for the Asian confederation (seven women, eighth men) and five for pairs from the African continent (one woman, five men).
Host Argentina posted two wins Saturday as the top-seeded teams of Bautista Amieva/Mauro Zelayeta and Delfina Villar/Brenda Churin defeated teams from Ghana and Poland to advance to second-round elimination matches Sunday against pairs from Ecuador and Spain, respectively.
After losing Monday in men's pool play in their first match, Amieva and Zelayeta have now won three-straight contests highlighted by a 2-0 (21-13, 21-19) elimination win in 29 minutes Saturday over 10th-seeded Kelvin Carboo/Eric Tsatsu of Ghana.  Amieva and Zelayeta will play unbeaten and 20th-seeded Dany Leon/Joffre Jurado of Ecuador Sunday with the winner advancing to a quarter-final match Monday against Australia or Great Britain. 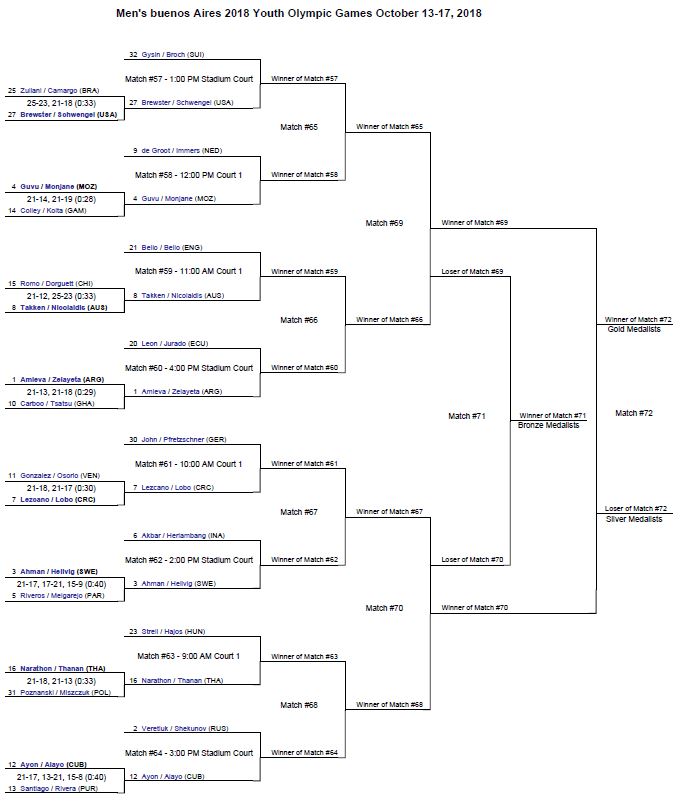 Like their compatriots, Villar and Churin dropped their first match last Sunday in group action before rebounding with three-straight victories.  Villar and Churin ousted 20th-seeded Julia Gierczynska/Patrycja Jundzill of Poland 2-0 (21-19, 21-16) Saturday in 35 minutes.  The Argentina women will now play ninth-seeded Daniela Alvarez/Tania Moreno of Spain Sunday with the winners meeting a team from Peru or the United States Monday in the quarter-finals. 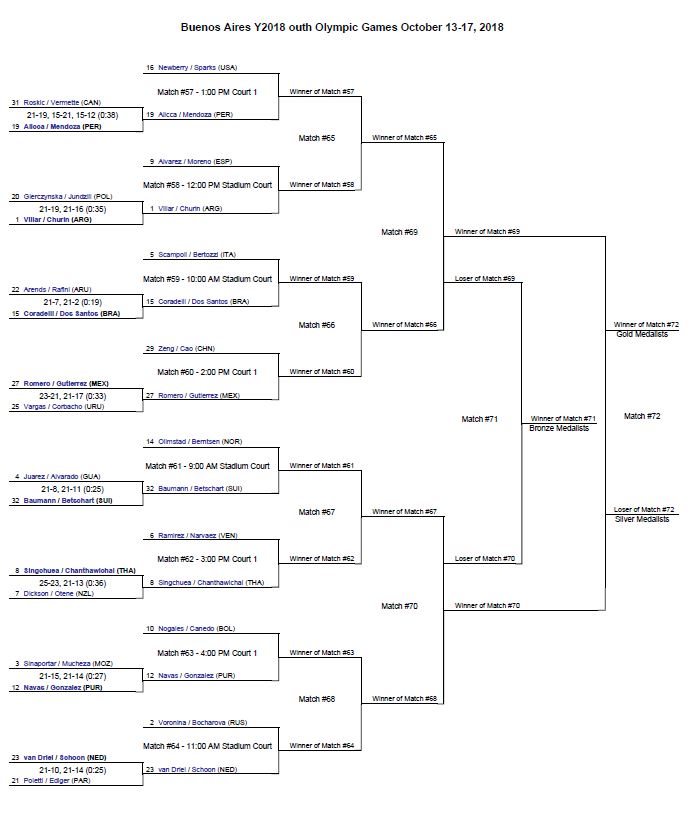 The second round of elimination for the Buenos Aires 2018 Youth Olympic will be played Sunday for both men and women.  Both the men's and women's quarter-finals will be played Monday followed by the semi-finals Tuesday and the medal matches Wednesday.