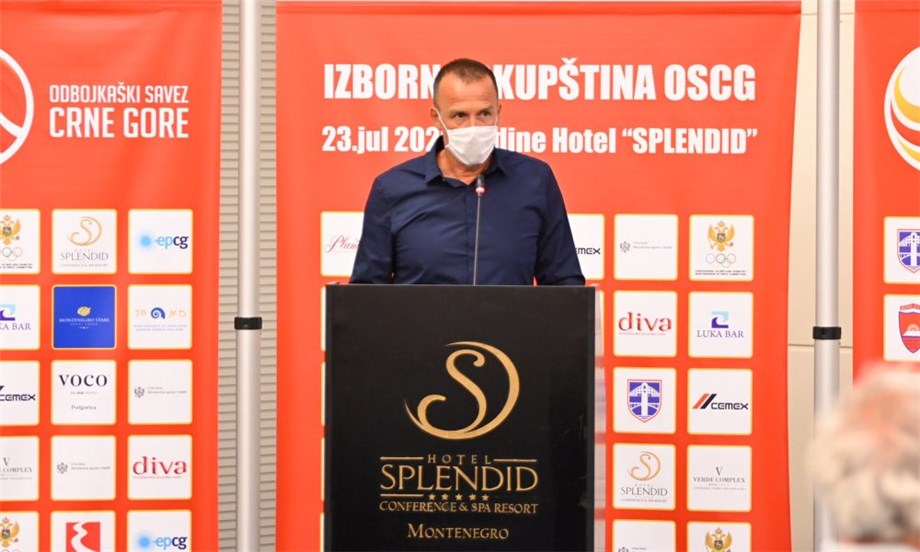 Becici/Podgorica, Montenegro, July 28, 2020 – Cvetko Pajkovic was re-elected as Volleyball Federation of Montenegro (OSCG) President for another term at the organisation’s Assembly on Friday 24 July 2020.
Speaking following his election, Pajkovic highlighted the importance of Montenegro’s historic Eurovolley appearance last year, the first since the country regained independence in 2006. The national team also came close to reaching the knockout stages of the competition. He will now lead the OSCG until 2024, and plans to build on recent successes with the help of the OSCG Board of Directors consisting of Nenad Vujanovic, Dragan Drobnjak, Darko Prebiracevic, Mladen Brnovic, Nemanja Zenovic, Zoran Kalezic and Milos Culafic as the athletes’ representative.
The Assembly also approved the OSCG’s latest financial report and the membership of Iso Becovic to represent Ibar, a volleyball club from Rozaje, which had completed the registration process to gain recognition as a sports organisation by Montenegro’s Ministry of Sports.
The day after the Assembly, Pajkovic and Ivan Vuković, the Mayor of Podgorica, ceremoniously opened a reconstructed outdoor volleyball court in Podgorica, Montenegro’s capital city. Situated in the SC Morača complex, the court is free to use for all volleyball clubs in the city and was given a new lease of life by the OSCG and local authorities. 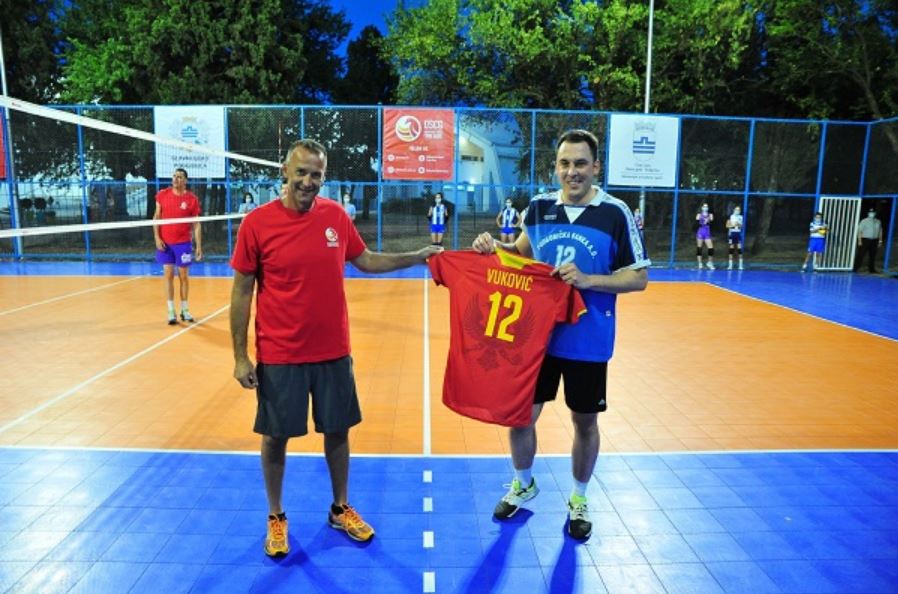 OSCG President Cvetko Pajkovic presenting the Mayor of Podgorica with an official national team shirt
“By refurbishing this volleyball court, where many of our national team members grew and developed, we managed once again to help volleyball clubs from Podgorica, which will use these courts for free to work with children. After the court in Budva, which we opened some twenty days ago, now we have managed to finish this project with the help of the local authorities, and we hope that soon we will equip a similar court in the city of Bar as well,” said Pajkovic.