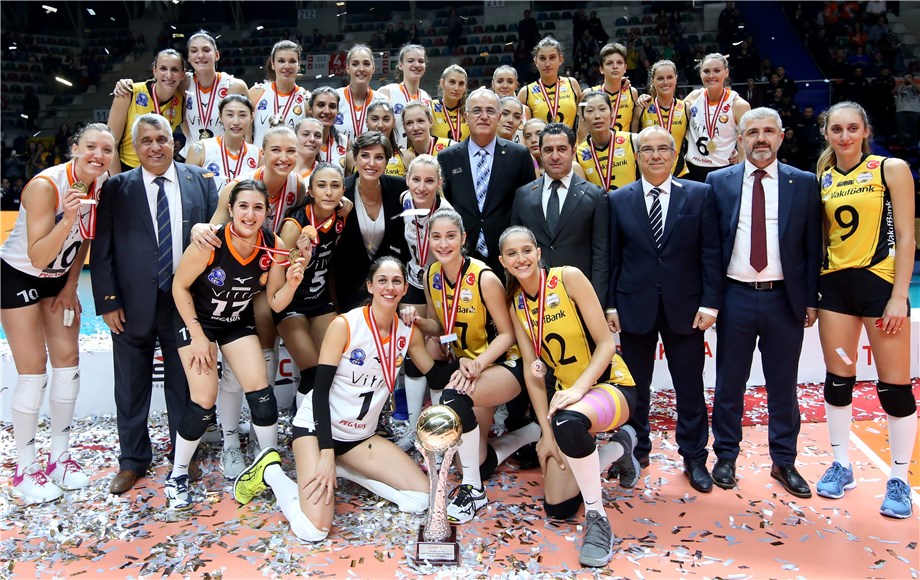 Lausanne, Switzerland, November 1, 2018 – With the 2018 FIVB Volleyball Club World Championship fast approaching, the eight participating teams have the early phases of their domestic competitions as preparation ground for the biggest club event of the year. With some of the national leagues already gaining momentum and others yet to get underway, all eight squads are focused on gearing up for the Club World Championship, scheduled to take place from December 4 through 9 in Shaoxing, China.
Quick links - Volleyball:
FIVB Volleyball Women's Club World Championship 2018FIVB.com - Volleyball
FIVB.com
Latest Videos
Facebook
Twitter
Instagram
The domestic club season in Turkey started off with a titanic clash between the country’s two representatives at the Club World Championship - VakifBank Istanbul and Eczacibasi Vitra Istanbul. On Wednesday, reigning world, European and Turkish champions VakifBank and 2016 and 2017 world champs Eczacibasi met in Ankara to battle it out for the Champions Cup, which is the super cup trophy in Turkey. A 24-point tally by Tijana Boskovic, recently selected MVP of the Women’s World Championship in Japan, drove Eczacibasi to a 3-1 victory and triumph with the cup.
The Turkish national league is set to get underway this weekend, with VakifBank entertaining Karayollari Ankara on Saturday, while Eczacibasi travel to Bursa for a game against Nilufer Belediyesi. Both VakifBank and Eczacibasi are seeded directly into the pool stage of the 2019 CEV Volleyball Champions League and are awaiting the drawing of lots on Friday evening in Budapest to find out their opponents.
Volero Le Cannet is the other European team to take part in the Club World Championship in Shaoxing. After two legs in France’s Ligue A Feminine, Volero are 11th in the standings with a 1-1 record and two points on their tally. They started off with a four-set loss at home to Chamalieres, but then recovered for a 3-2 away win at Pays d’Aix Venelles. In their next game, Volero will play at home against reigning French champs Beziers Volley on Saturday.
Shortly before travelling to China in late November, Volero will play their two-game series in the 16th finals in the CEV Challenge Cup against the winners of the clash between Greece’s Olympiacos Piraeus and Luxembourg’s CHEV Diekirch.
For Asian club champions Supreme Chonburi, their domestic campaign in the Thailand League did not start well. In their first match, they lost in four sets at 3BB Nakornont last Saturday and are currently occupying the sixth position in the eight-team standings. In their second match, Supreme Chonburi will once again play away, at Opart 369, on November 4.
While the new season of the national league of Kazakhstan has not started yet, reigning champs Altay Volleyball Club have reached Thursday’s final of the national cup tournament they have been hosting since last Friday in the city of Oskemen. Altay cruised to the top of their four-team pool with three emphatic straight-set wins – over Karaganda, Almaty and Astana – and followed up with another landslide 3-0 victory in their quarterfinal fixture with Kuanysh. In Wednesday’s semifinals, Altay lost their first set of the tournament, against Altay-2, the club’s B squad, but qualified for Thursday’s final after a 3-1 win. In the crucial match for the Kazakhstan Cup trophy, Altay will face the other unbeaten team in the competition, Zhetysu.
Hosts Zhejiang Women’s Volleyball Club are the third Club World Championship participant representing Asia. Their first match of the new season in the Chinese Volleyball Super League is scheduled for next week. Zhejiang are one of seven teams playing in Pool B, where the first round-robin tournament will take place from November 7 through 13 in Shanghai.
The eight-team line-up for Shaoxing 2018 is completed by two Brazilian squads - Minas Tenis Clube and Praia Clube. For them, the domestic season has not started yet either. They are both scheduled to travel for their first-leg games in the Brazilian Superliga on November 16. Minas will play at BRB/Brasilia Volei, while Praia visits Balneario Camboriu. However, before that, these two teams will also take part in the Mineiro state volleyball championship to be held in Belo Horizonte from November 5 through 7 as a four-team round-robin tournament. 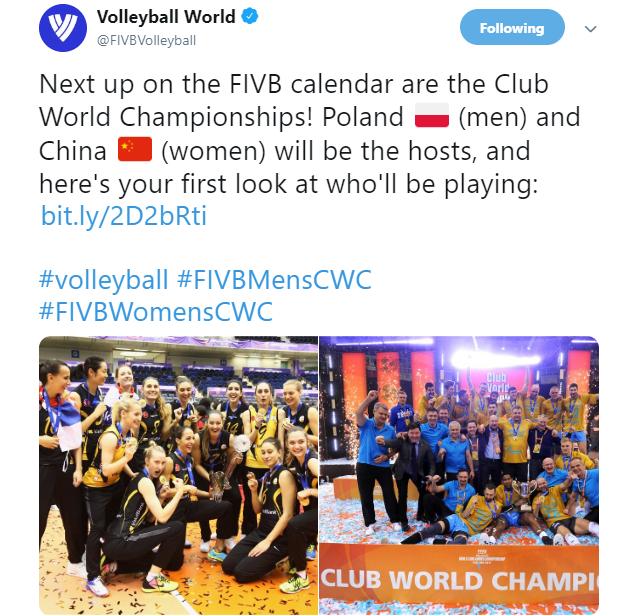