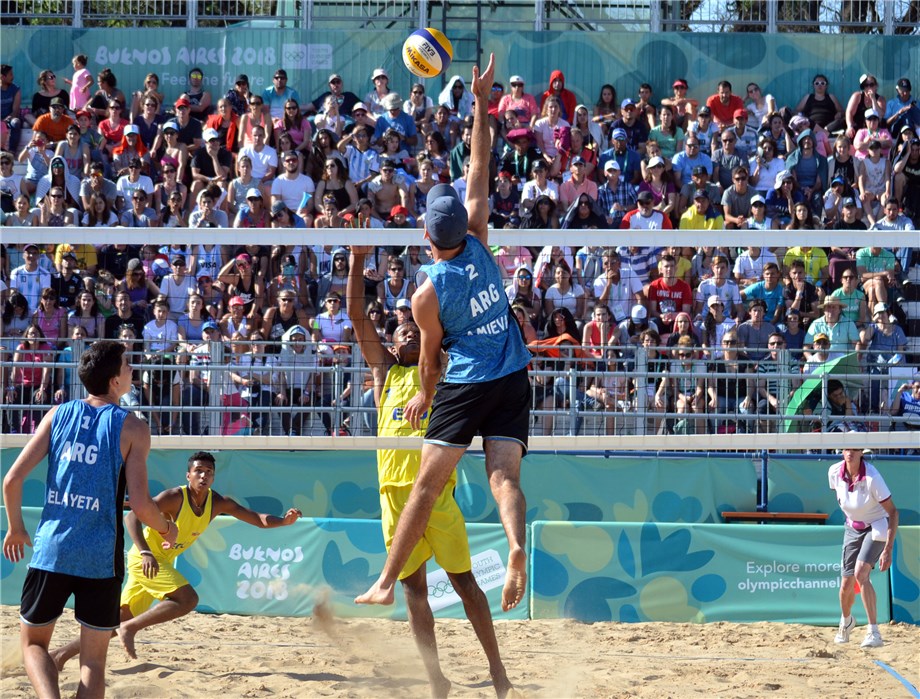 Buenos Aires, Argentina, October 15, 2018 - Beach volleyball has become one of the most talked about events in Buenos Aires, bringing the party to the 2018 Youth Olympic Games.

Quick links - Beach volleyball:
Youth Olympic Games - Beach volleyball
FIVB.com - Beach volleyball
Latest Videos
Facebook
Twitter
Instagram
Fans have already been treated to spectacular athleticism and incredible skill from the next generation of beach volleyball stars, who have travelled to Argentina from all over the world. The competition is set to get even fiercer in the second week, when the men’s and women’s quarter finals get underway in the Green Park.

Argentina’s matches have been lively with the home crowd contributing to an electric atmosphere inside the venue.

In the men’s event, Germany, Sweden, Hungary, Cuba, the Netherlands, the USA, Great Britain and Argentina have all qualified for the quarterfinals which get underway on Monday October 15. In the women’s edition, Norway, Thailand, Italy, China, Puerto Rico, Russia, the USA and Spain have qualified for the last 16.

Engaging the fans is a key part of the FIVB’s mission as the federation aims to ensure spectators enjoy every point, whether they are lifelong fans of volleyball or they are watching the sport for the first time. High-tempo music and volleyball actions that recreate the skills needed on the sand, ensure that everyone is able to understand and become invested in each match.

Beach volleyball was first included on the programme four years ago in Nanjing, where 144 athletes from 51 countries competed. Buenos Aires has welcomed a total of 64 teams, with an equal split in male-female representation. As beach volleyball continues to grow in popularity, young athletes are inspired to take up the sport, representing countries with no previous relationship to it.

One such example are Spanish-born twins Javier and Joaquín Bello, who have made history by becoming the first pairing to represent Great Britain in beach volleyball at the Youth Olympic Games.

“Our mother worked for a multinational and eight years ago we all moved from Madrid to London,” Joaquín said. “In Spain we mainly played indoor volleyball but it was in England where we started practicing beach volleyball.” 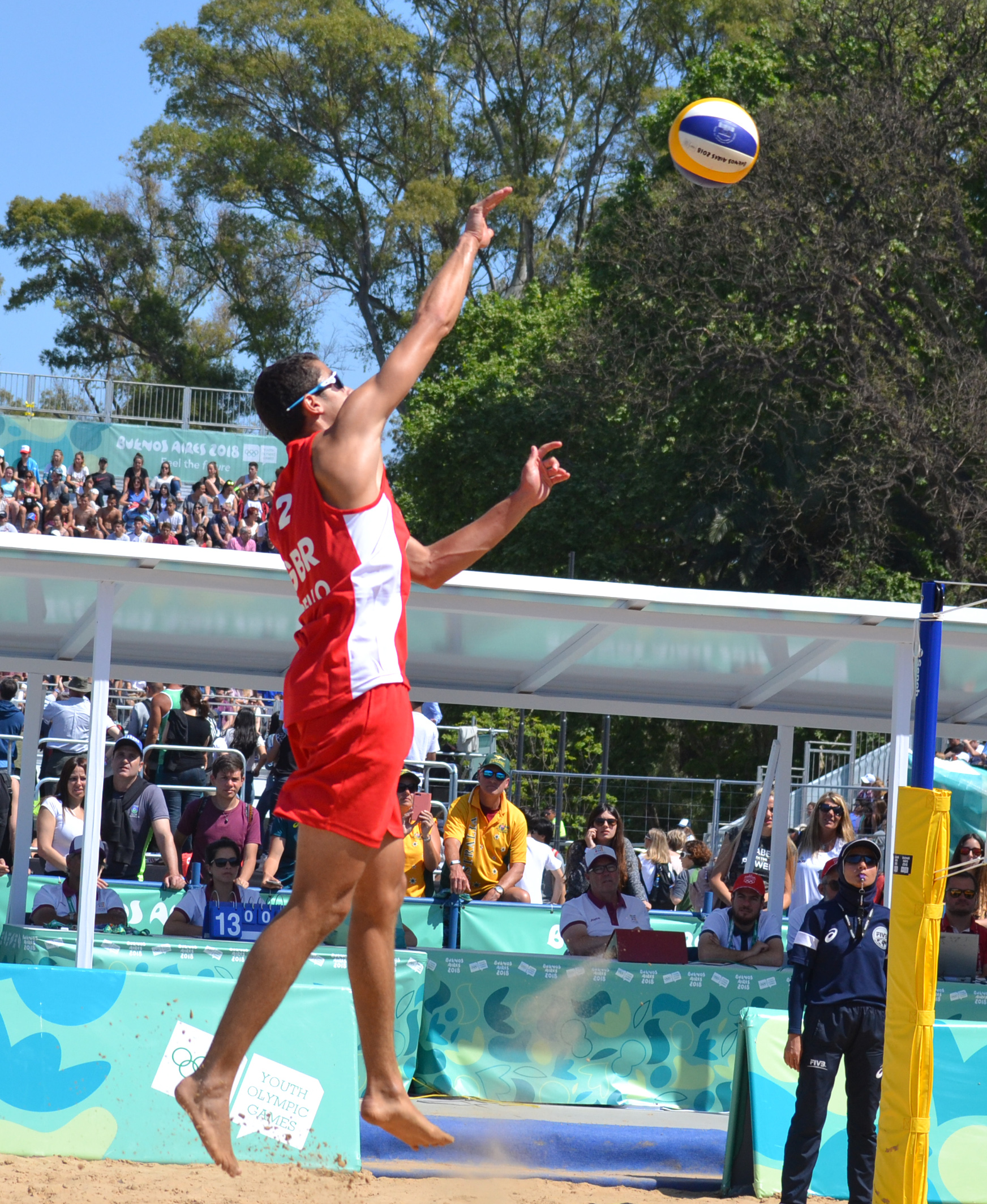 Joaquin Bello spikes
“When we were 15 or 16 years old, we began competing in the junior competitions and needed to decide which country to represent but it didn’t take much thought. Sportingly we were shaped in England, we live in England and we feel quite English. We think it would be difficult to represent Spain for all of those reasons. England is our country and we are happy to play for this country,” added Javier.

The Bello brothers had an interesting encounter during the European Beach Volleyball Championships where they faced none other than Spain in a knockout match.

“It was very special because it was the first time we had to face each other. We liked winning, but at the same time we felt sorry to eliminate them because we always want Spain to do well”, said Javier.

The Bello brothers, who have already qualified for the quarterfinals, will be hoping they are still competing come October 17, when the men’s and women’s medals matches take place.