Pavan and Humana-Paredes to lead Canadian teams in 2020 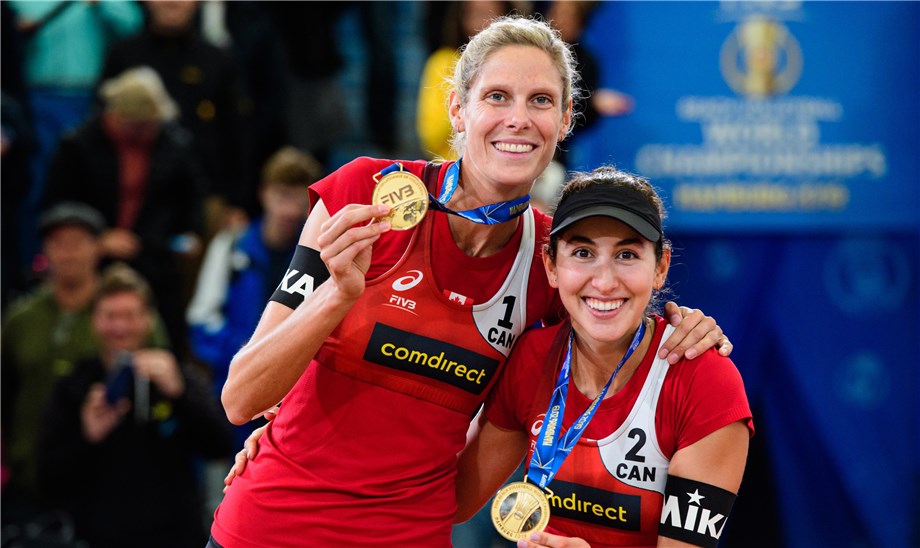 Lausanne, Switzerland, January 23, 2020 – Reigning FIVB Beach Volleyball world champions Sarah Pavan and Melissa Humana-Paredes have been rewarded for an outstanding 2019 by being named by Volleyball Canada as one of the two female senior Canadian teams for 2020.
Pavan and Humana-Paredes will be joined by compatriots Heather Bansley and Brandie Wilkerson who are also playing for a place at the Tokyo 2020 Olympic Games.
Quick links:
FIVB Beach Volleyball World Championships Hamburg 2019
FIVB Beach Volleyball World Tour
FIVB.com - Beach volleyball
Facebook
Twitter
Instagram
The 34-year-old Pavan and 27-year-old Humana-Paredes became the first Canadian team to win Beach Volleyball World Championships gold when they topped the podium at Hamburg 2019. They also won gold at the Vienna 5-Star and Edmonton 3-Star tournaments on the 2018-2019 FIVB Beach Volleyball World Tour.
At the end of year FIVB Awards the duo were named the FIVB’s Most Outstanding Team for the World Tour after they ended the year at the top of the FIVB World Rankings.
Their victory at Hamburg 2019 means Canada already has one place at Tokyo 2020 and Bansley, 33, and Wilkerson, 28, are also in line for a place at Tokyo 2020.
In 2019 the pair won bronze at the Tokyo 4-Star tournament that served as the Tokyo 2020 beach volleyball test event, and at the Itapema 4-Star in Brazil.
They began the 2018-19 season with gold at the Las Vegas 4-Star and Chetumal 3-Star events and ended the year in sixth place in the FIVB Olympic Rankings.
Bansley played alongside Pavan at Rio de Janeiro 2016 and she and Wilkerson will earn a berth for Tokyo 2020 if they are in the top 15 at the end of the Rome 5-Star on June 14.
Sam Schachter and Sam Pedlow are the top-ranked men’s team in 15th place and will qualify Canada for Tokyo 2020 if they hold onto their placing. 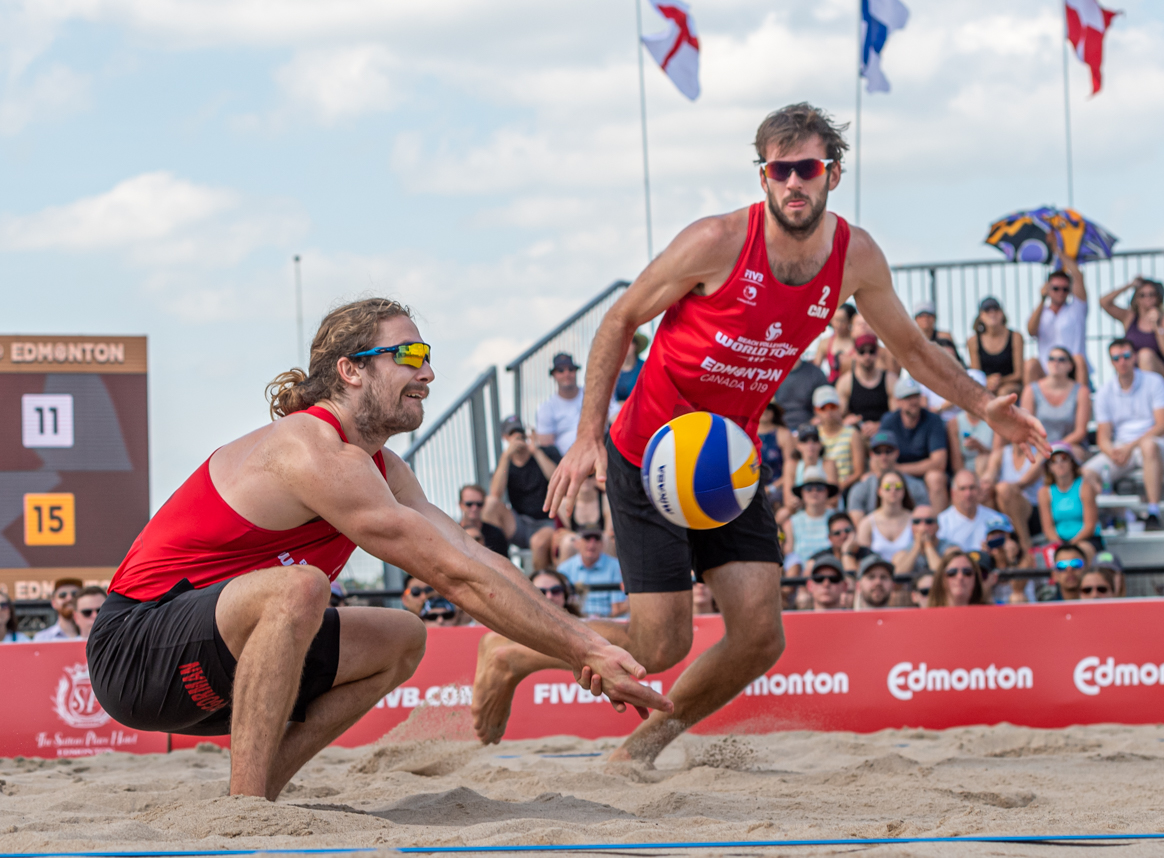 The second men’s team of Ben Saxton and Grant O’Gorman (pictured) won silver at the Edmonton 3-Star but are outside the Tokyo 2020 qualifying places.
Twins Megan and Nicole McNamara lead Volleyball Canada’s Next Generation teams, after the 23-year-old sisters played at the World Championships and five World Tour events in 2019.
They are joined in the development squad by Shanice Marcelle and Julie Gordon, Amanda Harnett and Alina Dormann, and Marie-Christine Lapointe and Molly McBain.