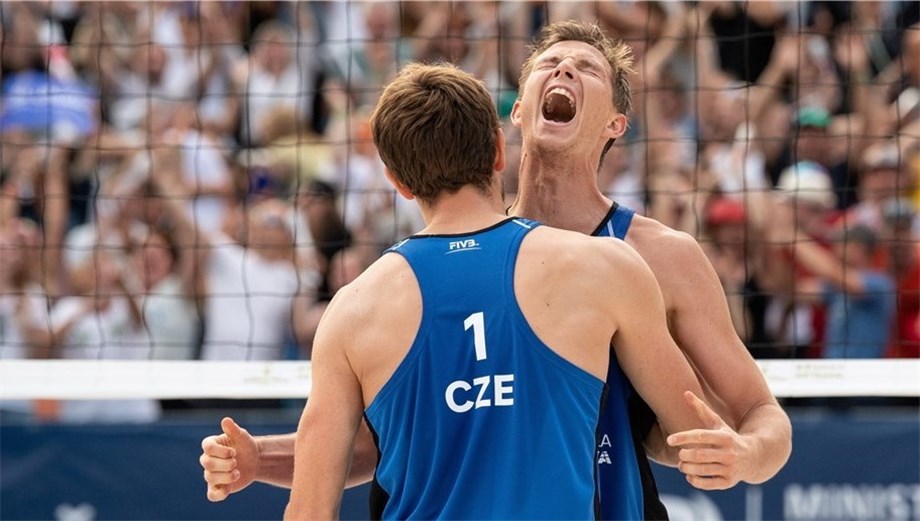 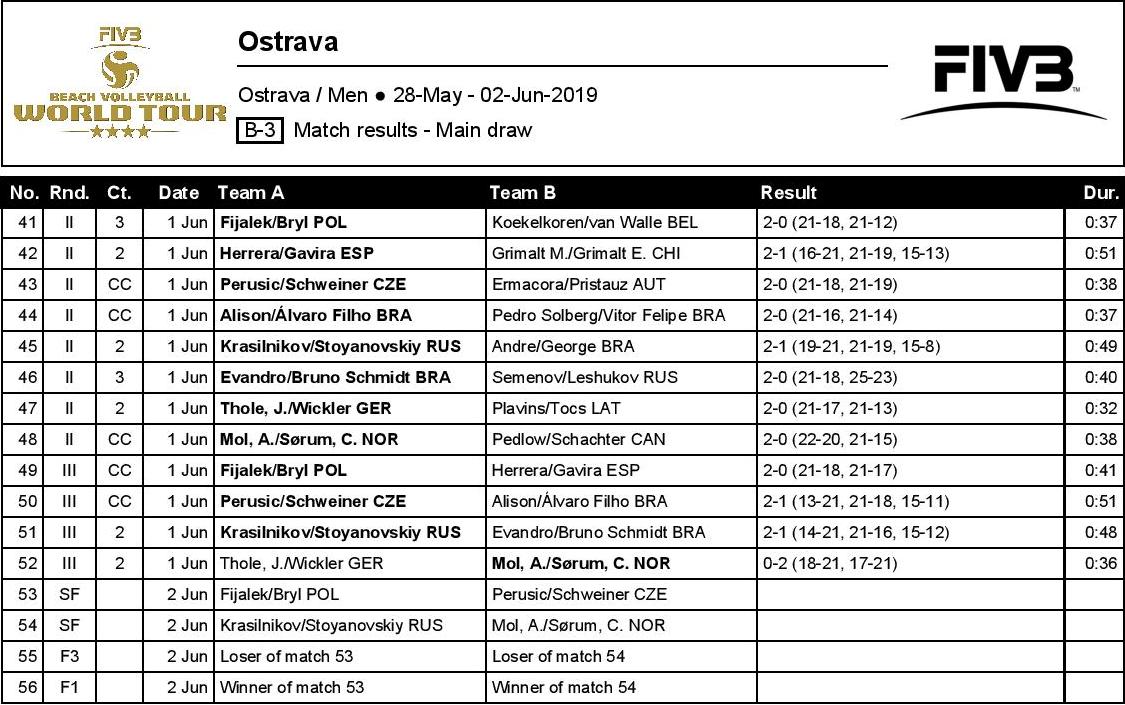 After a 2-0 (21-18, 21-19) shutout of Austria’s Martin Ermacora & Moritz Pristauz, Perusic & Schweiner had to take on Brazil’s Alison Cerutti & Alvaro Morais Filho in the decisive step towards the final four. The Czechs got hammered in the first set by a wide margin, but inspired by the incredible support from the stands at centre court, they set off on a spectacular comeback, which led them to a 2-1 (13-21, 21-18, 15-11) victory, with Schweiner blowing the crowd with two amazing blocks in a row for the last two points. This way, the home pair at least matched their fourth-place result from Ostrava 2018, with an opportunity to improve. 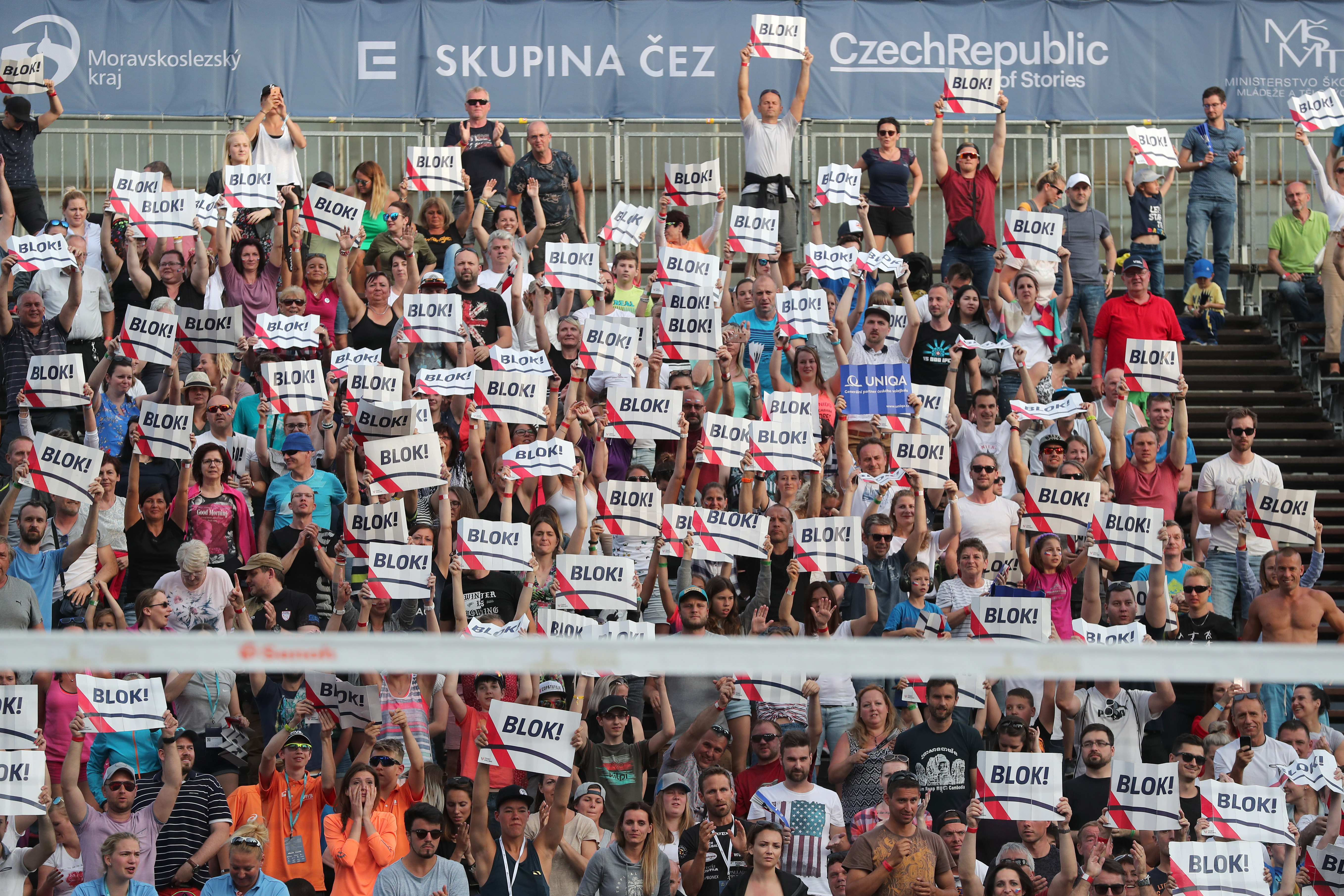 The Ostrava crowd celebrating the home team’s great show in the quarterfinals
“It’s a great feeling! And considering we got kicked in the first set, it was one of the best comebacks in our careers,” an elated Schweiner said after the game. “The match was really amazing! In the first set, they dug a lot and blocked us a lot, but we changed something and in the second set and the tiebreak we came up with some defence, with some blocks and good serves and now we are really happy to be in the semifinals. We will do our best to recover well and let’s see tomorrow, we have to win some more...”
“This is already above any expectations we had, so we are going to enjoy another two amazing matches in front of this amazing crowd and let’s see what we can do,” Perusic added.
Fijalek & Bryl advanced to the semis with two straight-set wins on Saturday. They started off with a 2-0 (21-18, 21-12) victory over Belgium’s Dries Koekelkoren & Tom van Walle and then had to face last year’s Ostrava winners, Pablo Herrera Allepuz & Adrian Gavira Collado of Spain. But this did not stop the Poles from winning in two sets again and they achieved an impressive 2-0 (21-18, 21-17) close.
“It was a tough game. We played against them many times and we know them well. It’s not easy to find solutions against them, but today we were very consistent and we played much better. We’ve been quite consistent since the start of the season and I hope we keep going tomorrow as well,” two-time Olympian Grzegorz Fijalek said. “I feel like I am playing at home here. My home is an hour away and I have many Polish friends here. It’s a great tournament, especially when the weather is like that and everybody in the audience is so happy.”
“We are very happy to have won against a big team, the guys from Spain,” Michal Bryl confirmed. “The last four times we reached the semifinals we got silver. This time we want the gold!” 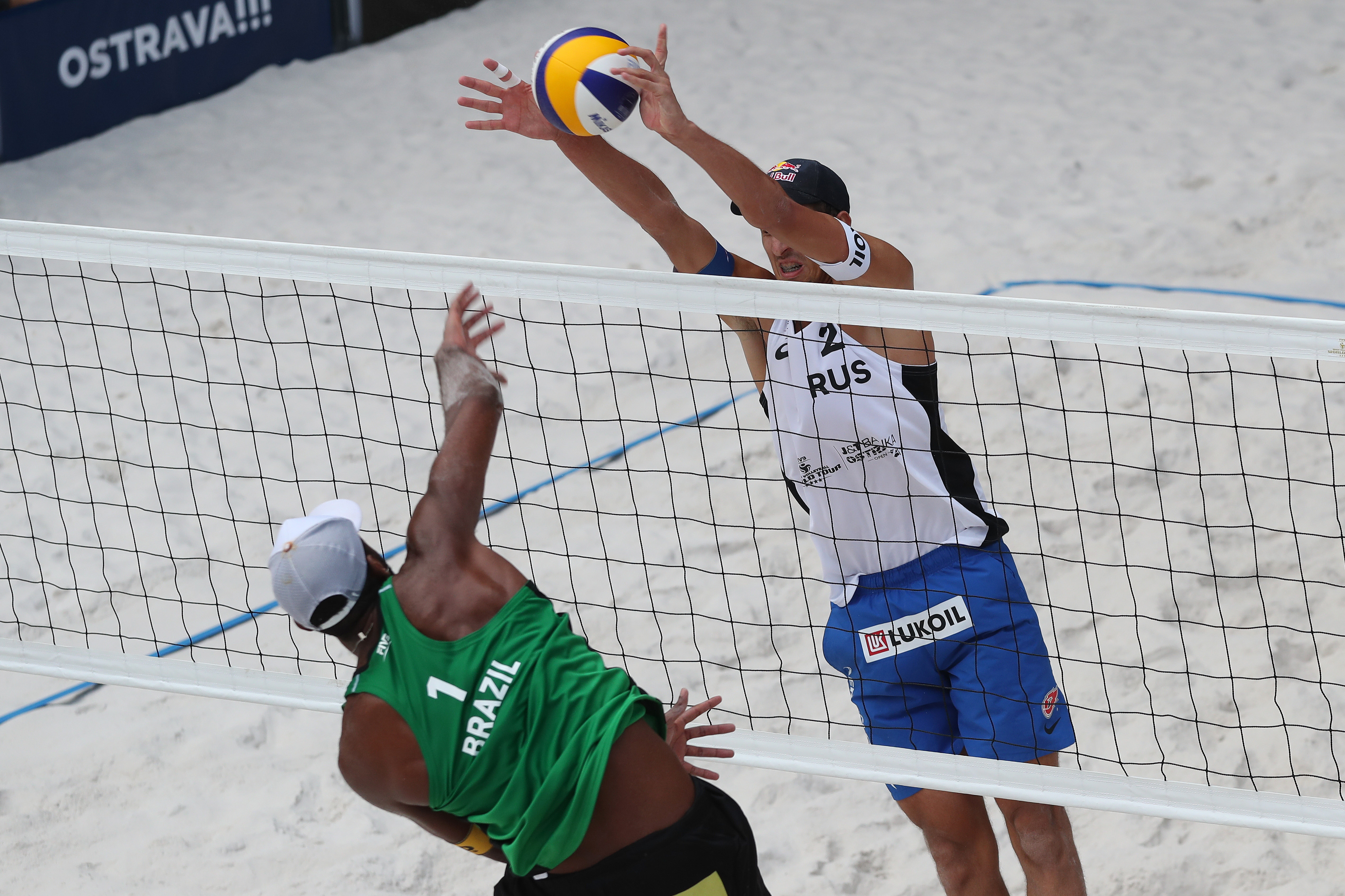 Oleg Stoyanovskiy blocks Evandro
On the way to the semifinals, Krasilnikov & Stoyanovskiy defeated two strong Brazilian opponents, each with a reigning world champion on the squad, and each in a great come-from behind three-set victory. They hammered out a 2-1 (19-21, 21-19, 15-8) turnaround against Andre Loyola Stein & George Souto Maior Wanderley in the second elimination round and a 2-1 (14-21, 21-16, 15-12) comeback against Evandro Goncalves Oliveira Junior & Bruno Oscar Schmidt.
Mol & Sorum faced tough challenges from both Canada’s Sam Pedlow & Sam Schachter and Germany’s Julius Thole & Clemens Wickler in their matches on Saturday, but persevered through without dropping a set – 2-0 (22-20, 21-15) and 2-0 (21-18, 21-17), respectively. 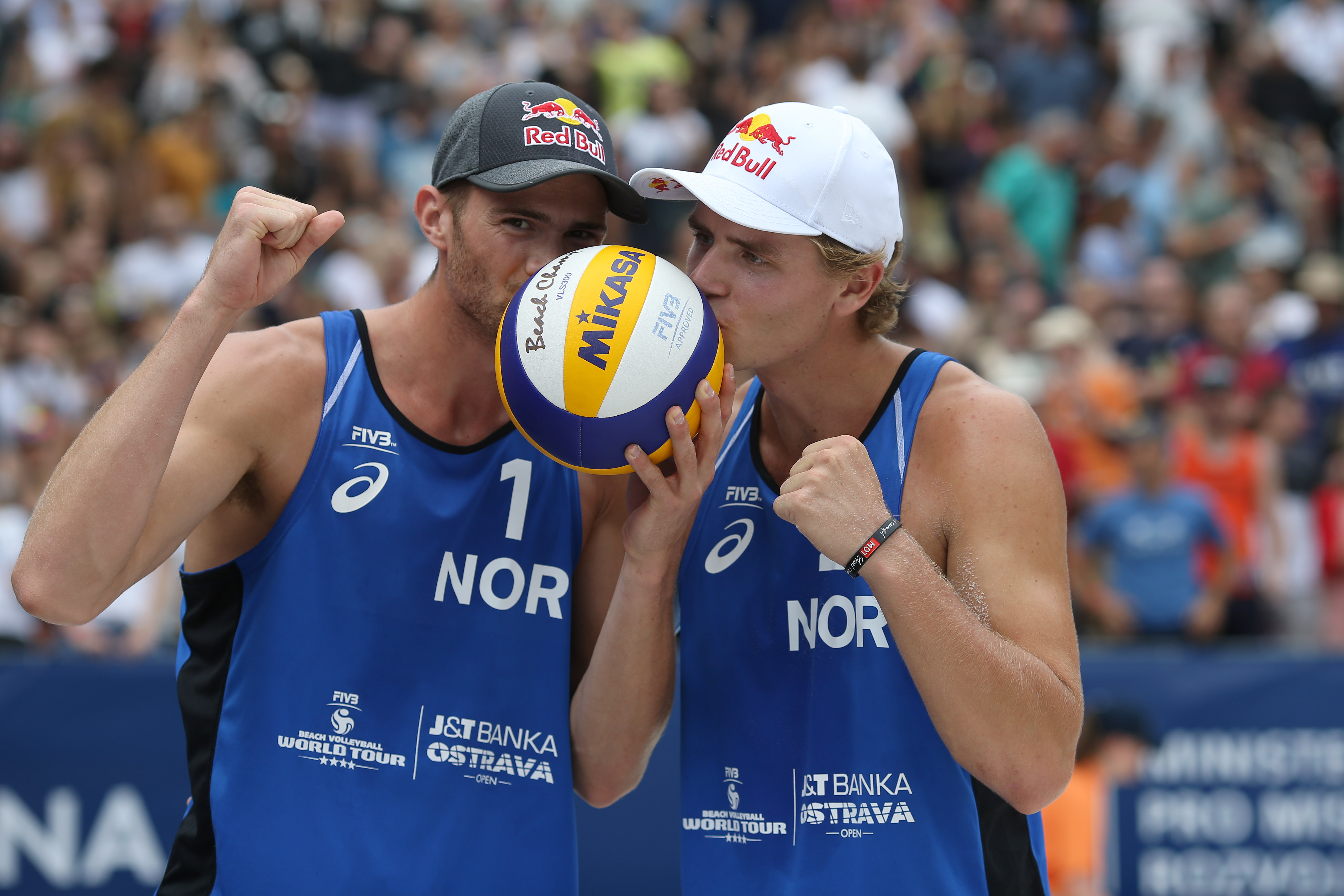