Plans for FIVB Hall of Fame gallery given green light 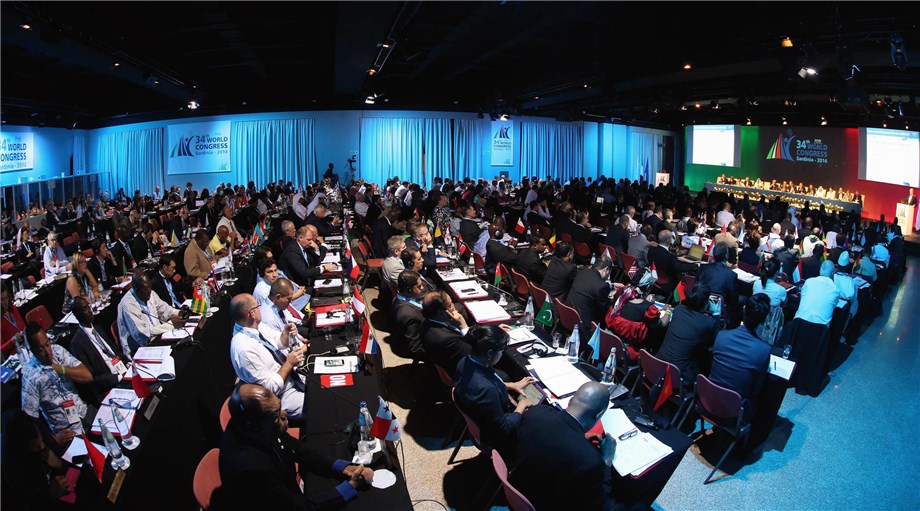 Cagliari, Italy, October 31, 2014 – The plans and budget for a new Hall of Fame at the FIVB Headquarters were approved on the opening day of the 34th FIVB World Congress in Cagliari, Italy on Friday.
FIVB 2nd Executive Vice President in charge of the Finance Commission Mr Andre Meyer outlined the plans in his presentation to national federation delegates.
The proposals included many operational matters but focused on the proposed underground extension to Château Les Tourelles, the official headquarters of the sport's governing body. A business plan will also now be prepared for the new Hall of Fame, which could also devise a scheme for joint tickets sales with the Olympic Museum which is just a few hundred metres from the site.
The Congress also approved the FIVB Accounts and Finances 2012-2013 in the second vote of the meeting after earlier unanimously approving the minutes from the 2012 Congress which took place in Anaheim, USA.
With 210 federations in attendance, including 13 proxies, 178 members voted to approve the Accounts. A total of 106 votes are needed to obtain approval.
The 2012-2013 FIVB Accounts and Finance included an Accounts Report, presented by FIVB Treasurer Dr. Amr Elwani, the External Audit Report from Ernst & Young, the Internal Audit Report, the Controller’s Report presented by Mr Olivier Zysset, the Budgets presented by Treasurer Dr. Amr Elwani and the Investments’ Report by Ney Brito.