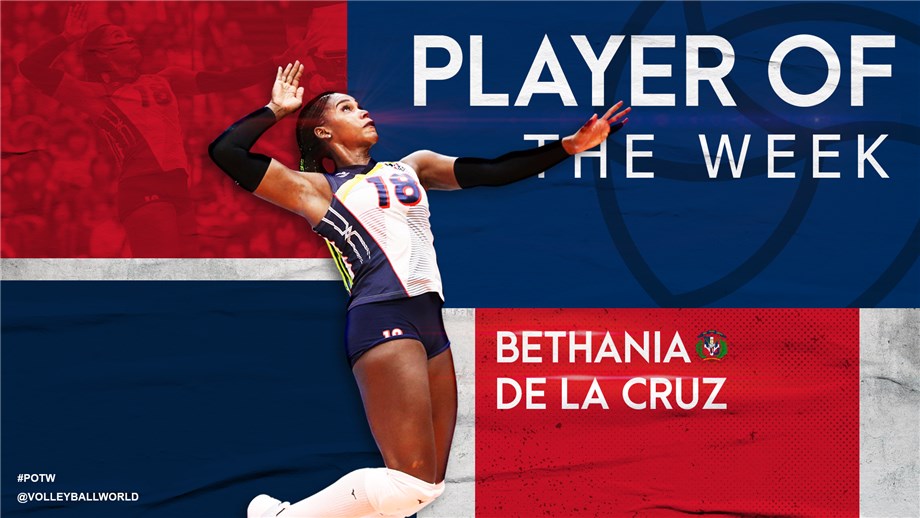 Lausanne, Switzerland, November 9, 2020 - From her homeland of the Dominican Republic to Japan, from Turkey to Korea and from Indonesia to Russia, Bethania de la Cruz is an ambassador of Dominican volleyball around the globe, showcasing the best that the Caribbean nation has to offer the world.

Born in Santo Domingo in 1987, Bethania de la Cruz began her club career at home for a few seasons, but soon ventured across the Caribbean to Puerto Rico and then across the Pacific for a season with Japan's Toray Arrows, with whom she picked up her first national title in 2008.

Since then she's criss-crossed the world, playing also in Korea, Turkey, Russia, Italy and Indonesia, winning championship titles in Puerto Rico with Criollas de Caguas in 2011, Russia with Dinamo Moscow in 2017 and with Dinamo Kazan in 2020 and the Dominican Republic with Mirador of Santo Domingo in 2019.

But the most fruitful stint in her career was with Eczacibasi VitrA Istanbul, as part of the squad that won the European Champions League and the FIVB Volleyball Women's Club World Championship, both in 2015.

Her career with the Dominican Republic's national team is no less impressive and her trophy cabinet at home is brimming with awards.

De la Cruz, a London 2012 Olympian, has been an integral part of the national team ever since being called to represent her country in 2005.

And all along de la Cruz has also picked up individual awards that sit proudly on her cabinet, including MVP trophies from the 2006 NORCECA U20 Championship, the 2009 Pan-American Cup, the 2011 NORCECA Championship and the 2019 Pan American Games.

She was also the top scorer of the 2011 FIVB Volleyball World Cup and has consistently been bringing in the points for the Dominican Republic.