Player of the Week: Brayelin Martinez 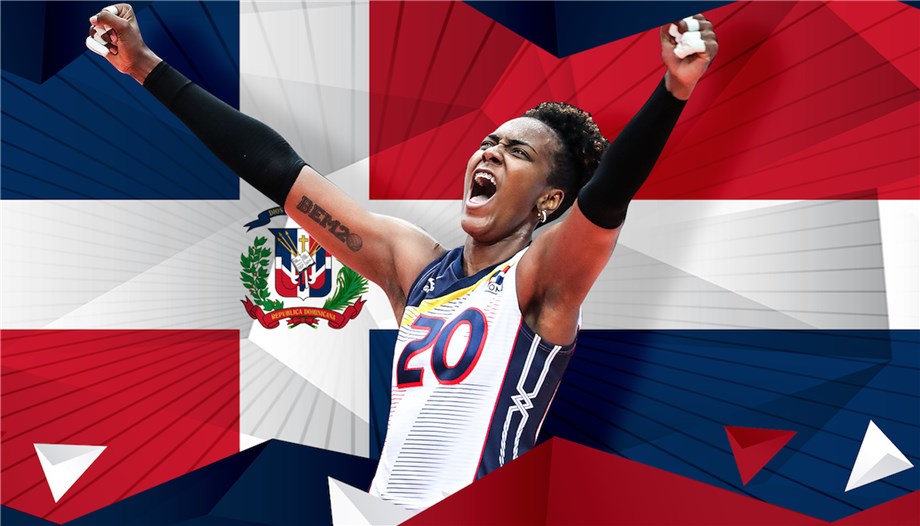 Lausanne, Switzerland, April 20, 2020 - The Dominican Republic's scoring machine, Brayelin Martinez is on track to fulfill her dream of playing at the Olympic Games, when her team head off to Tokyo next year for Tokyo 2020. It will be the country's third Olympic appearance after Athens 2004 and London 2012.

"I have played at the Volleyball Nations League, the World Cup and the World Championship so the Olympics are the only missing piece in my career," she had said earlier this year.

The 23-year-old belongs to a family with deep sporting connections, including her younger sister Jineiry, who has joined her in the Dominican Republic's national team as a middle blocker.

Brayelin first got involved in volleyball ten years ago at home in Santo Domingo, where she started showing her potential.

After several years in domestic competitions on the Caribbean island, Martinez moved across the ocean to play a couple of seasons in Italy, including with Unet Yamamay Busto Arsizio (with which she earned a silver medal in the 2017 European CEV Cup) and Pomi Casalmaggiore.

She won her only domestic club title in 2018 during a brief stint back home with Caribenas, before again crossing the pond for a season in Turkey with Aydin BBSK.

Back to the Americas for the latest club season, Martinez joined Praia Clube of Uberlandia in Brazil's Superleague, helping the team win the 2019 Supercup. She was named on the Dream Team of the 2020 South American Club Championship as best opposite of the competition, when Praia Clube finished runners-up to Minas Tenis Clube of Belo Horizonte.

At a national team level, Brayelin Martinez's rise has been even more spectacular.

She made her international debut as an Under-18 at the 2011 Pan-American Cup, leading the Dominican Republic to gold and picking up the Best Attacker individual award.

To cap that, she was named MVP of the 2015 FIVB U20 World Championship.

With her Olympic debut coming up in 2021, another medal and individual award would mean the Dominican Republic and herself stretching beyond their limits, but the dream is coming true.