Player of the Week: Egor Kliuka

Lausanne, Switzerland, September 7, 2020 – At the age of 25, Egor Kliuka is already an emblematic player and one of the stars of the Russian national team.

Lausanne, Switzerland, September 7, 2020 – At the age of 25, Egor Kliuka is already an emblematic player and one of the stars of the Russian national team.
Egor was born in 1995 in Belarus into a family of athletes. The first sport he took on as a child was fencing.
“It was convenient since the classes were held at my school. At that time I just really loved sport and I didn't care which one I would practice. I had to put my energy somewhere. I enjoyed it and I even won several competitions,” Kliuka said in a recent interview for teamrussia.pro.
“But fencing is quite an expensive sport. I wanted a sport where I could grow, become a professional and start making money. I had already learned some of the volleyball elements myself, so I asked my mother to find me a club where I could practice the sport.”
In volleyball, things worked out quite fast for young Egor and a few years later, when he was just 15, he signed his first contract with a local club and made his debut in the Belarusian championship. Just months later, in January 2011, he was already competing as a member of the youth national team of Belarus.
Noticed by a Fakel Novy Urengoy manager, Kliuka was soon made an offer to join the Russian club and spent his next two seasons with the club’s junior squad. He used the time to grow in the sport, impress with his abilities in the Junior League and… gain Russian citizenship.
Soon after he made his way into Fakel’s senior squad in the fall of 2014, Kliuka started getting calls to the Russian national selections. His first medal with Russia’s second team was the 2015 European Games bronze, followed by gold at the 2015 FIVB Volleyball U23 World Championship, where he was named MVP and Dream Team outside hitter.
He made his rookie appearance on the senior national team at the 2015 CEV European Championship, and the 2.09m-tall volleyballer has now piled up as many as 88 caps and scored a total of 969 points so far. Along that path he has gold medals at the 2018 and 2019 FIVB Volleyball Nations League (with a spot on the 2019 Dream Team) and a continental title at EuroVolley 2017.
In 2016, he was part of the Russian team at the Rio Olympics.
“The Olympic Games are a great phenomenon! Absolutely awesome! The two most important positive impressions were the visit to the President’s at the Kremlin before leaving, and the Opening Ceremony in Rio,” said Kliuka.
Egor Kliuka also contributed to Russia’s success at last year’s Tokyo Volleyball Qualification tournament in Saint Petersburg and is eager to experience his second Olympic appearance at the Tokyo 2020 Games next year.
“I am sure this will be a very innovative Olympics in terms of scientific technologies. The Japanese know how to do it! They can organise it at a high level. The people there are intelligent, good-natured and cheerful; they always smile. The postponement to 2021 is a plus for me personally, because I was not in my best shape for now.”
At a club level, Kliuka has spent a total of eight seasons with Fakel Novy Urengoy, winning bronze at the 2018 FIVB Volleyball Men's Club World Championship as well as a gold and a silver medal in the CEV Challenge Cup.
In 2020, he moved to Zenit Saint Petersburg for the upcoming season. There, Kliuka will be coached be Finland’s Tuomas Sammelvuo, also at the helm of the Russian national team. The talented athlete was recently announced as the new captain of the team.
“It is an honour! I will try to meet the expectations of Zenit players both as a captain and as a teammate,” he told the club’s official website. “I look forward to the start of the season. I really miss volleyball. I worked out at the gym and on the sand, but I want to return to the playing court as soon as possible.”
“Eight years is a very long time. Before moving to Saint Petersburg, my entire career in Russia was spent at Fakel. I came to the conclusion that it was time to take the next step in my career,” Kliuka explained in an interview for Sovetskii sport. “Regardless of the results of the 2019-2020 season, it would have had to be my last with Fakel. I was attracted by Zenit's ambitions. It is a very young club. So it is exciting and prestigious to strive for achievements that can happen for the club for the first time and to write history.”
Kliuka has already raised his first trophy as the captain of his new team. At the end of August, Zenit won the Platonov Memorial invitational tournament at home, defeating all three of their opponents in straight sets.
While he has already proved to be a natural team leader, Kliuka does not think of leadership as his main role on a squad.
“I do not consider myself a leader. We have enough leaders on any team, including the national team. I just try to be of maximum benefit,” he told Sovetskii sport. “Only if the team achieves victory, I can think about the fact that I made some contribution. Well, we will sum up the results after the end of my career. Then it will be clear whether it was successful or not.”
Follow Egor Kliuka on Instagram. 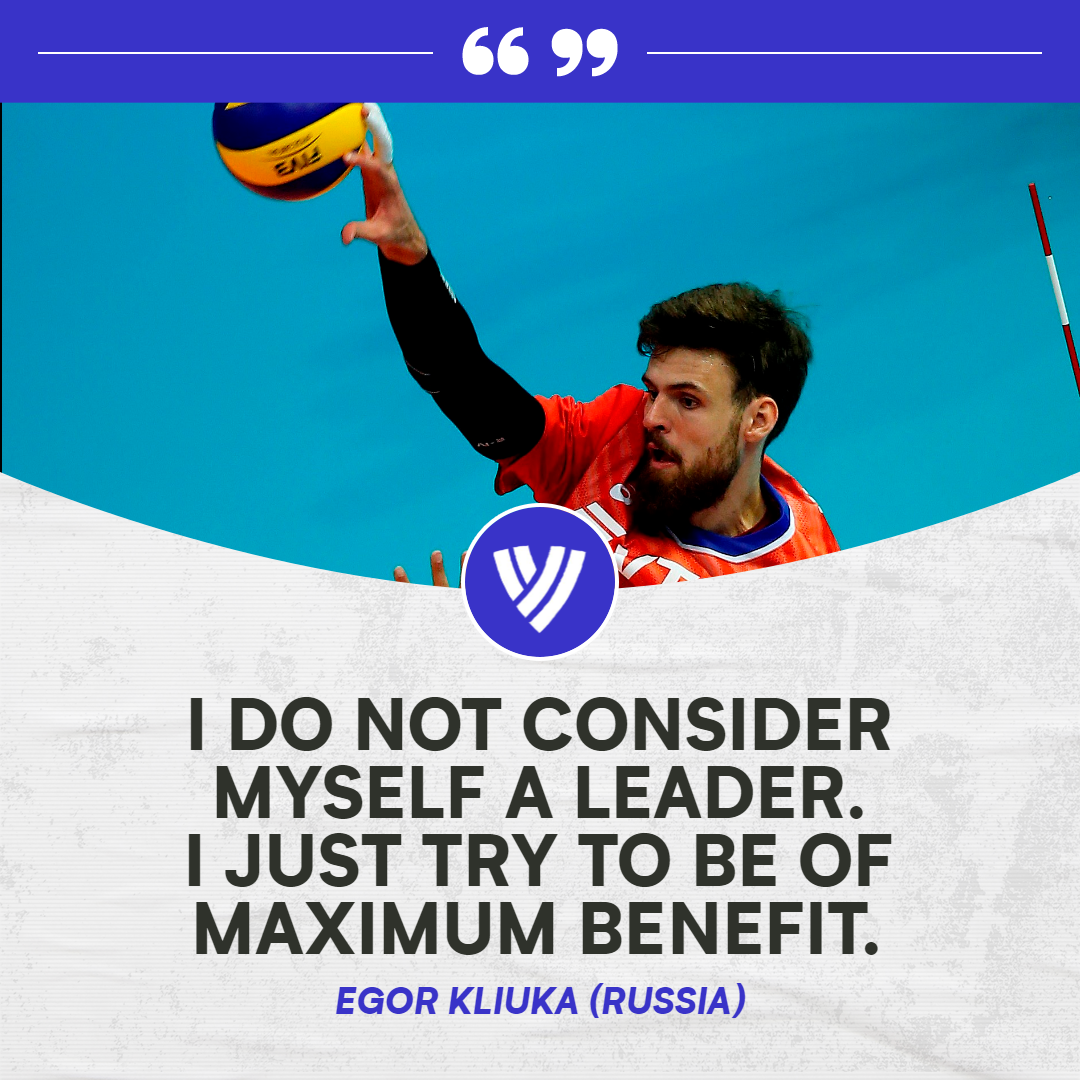