Player of the Week: Gabi Guimaraes 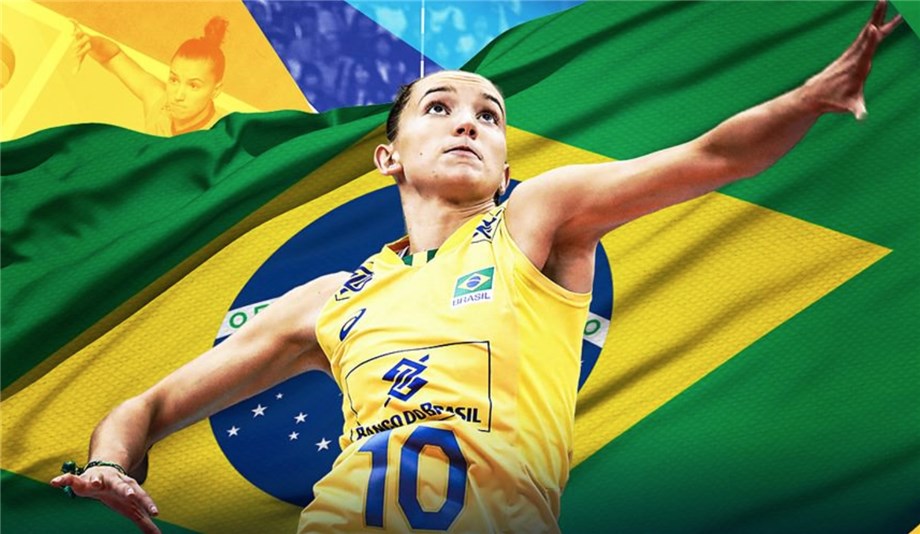 Lausanne, Switzerland, May 4, 2020 - Always smiling, always jumping high with her famous run-up and swing, always a threat to any opponent in attack and defence (including some very fancy footwork on many an occasion), Gabriela 'Gabi' Guimaraes has established herself as a stalwart of any national or club team she has ever joined.

Gabi had a background in swimming, tennis and football in her Minas Gerais hometown of Belo Horizonte, before turning to volleyball at the age of 14.

Although she wasn't immediately considered for an elite placement due to height concerns, her renowned vertical jump more than made up for it and Gabi was soon called to represent her city and region, before making Brazil's U18 national team.

In her first international venture, Gabi left her mark, named MVP of the 2010 U18 South American Championship, as well as best attacker of the same competition.

Her performances and successes at age-group competitions over the next few years led coach Jose Roberto 'Zé Roberto' Guimaraes to first call Gabi to the senior national team in 2013.

She was part of the team that struck gold at the FIVB Volleyball World Grand Prix that same year (and also repeated in 2014 and 2016).

More recently, Gabi was instrumental in Brazil's topping the standings of their Intercontinental qualifer and earning a ticket to the Tokyo 2020 Olympic Games. She is set to become a two-time Olympian, following her appearance on the Brazilian squad at the Rio 2016 Games.

The outside hitter, who celebrates her 26th birthday on May 19, has spent most of her club career in Brazil.

She started out with Belo Horizonte's famous Mackenzie Sport Club, before moving on in 2012 to Rio de Janeiro Volleyball Club where she stayed for six seasons picking up five Superleague and four continental titles.

Gabi returned to Belo Horizonte for one season in 2018, winning her sixth national and fifth South American titles with Minas Tennis Club.

But in 2019, Gabi made her big move abroad, crossing the ocean to join VakifBank Istanbul in the Turkish League and the European Champions League.

Gabi has won silver medals with Rio de Janeiro (twice) and Minas TC, plus a bronze with VakifBank in the FIVB Volleyball Women's Club World Championships.

Also read: What is Gabi's secret?