Player of the Week: Karol Klos 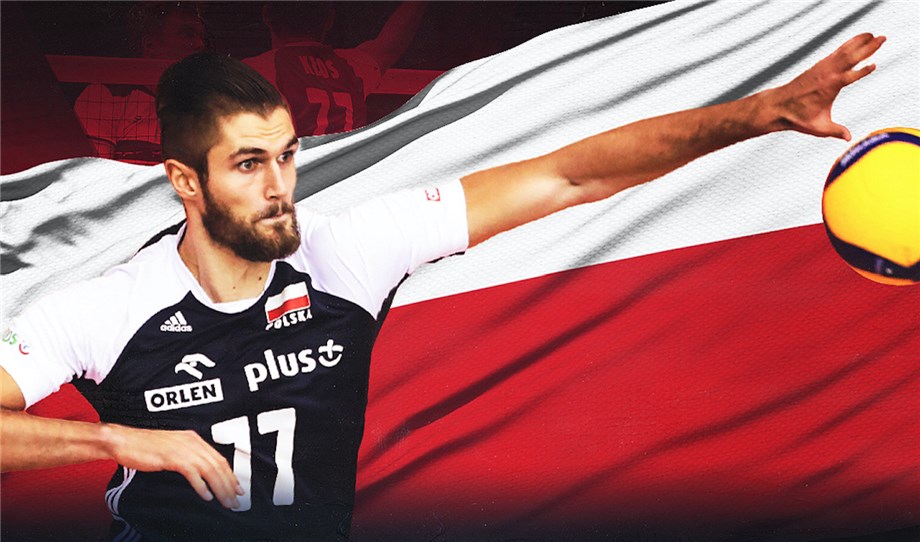 Lausanne, Switzerland, May 11, 2020 - When he stands in the middle of the net, Karol Klos always brings fear in the eyes of attackers from the opposite side, setting up some of the most formidable blocking wherever he plays.

Poland's 30-year-old middle blocker moved up through the ranks of age-group national teams, winning his first medal, a silver, at the 2007 European U19 Championship, quickly moving on to join the senior team two years later. He bagged his first global medal, a bronze, with Poland's national team at the 2011 FIVB World League followed by another bronze later the same year in the European Championship.

By 2014, Klos was on a roll and led Poland to the FIVB World Championship title in 2014, where he was named on the Dream Team of the competition as one of the top two middle blockers, alongside Germany's Marcus Boehme.

Klos has continued to pick up medals ever since and most lately was on the Poland squad that clinched the bronze medal of the 2019 FIVB Volleyball Nations League.

Later last year he was instrumental in Poland's successful bid to make the Tokyo 2020 Olympic Games, through the intercontinental qualifiers, decisively overcoming France, Slovenia and Tunisia at home in Gdansk.

At club level, Klos played with KS Metro and Legia of Warsaw as a junior, before joining AZS Politechnika (the predecessor of Verva Warsaw Orlen Paliwa) for a couple of seasons.

In 2010 Klos moved to Skra Belchatow, where he has remained ever since, winning with them a silver (in 2010) and a bronze (in 2012) at the FIVB Volleyball Men's Club World Championship.

Domestically with Skra he has collected three national championship and three cup titles, as well as four Supercups.