Player of the Week: Milad Ebadipour 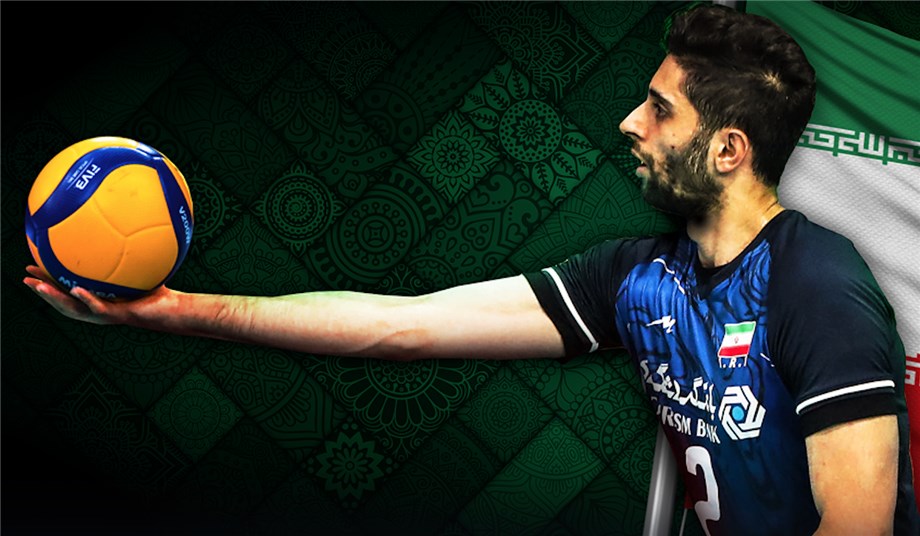 Lausanne, Switzerland, April 27, 2020 - Milad Ebadipour has been leading Iran for the past six years, ever since he was first called to the national team in 2014, ahead of that year's FIVB Volleyball World League. He has been one of the side's driving forces at all the major competitions they have been at since.

The 26-year-old who hails from Urmia began to make a name for himself after joining Kalleh Mazandaran Volleyball Club and winning both the national championship and the Asian Club Championship in his first year there in 2013.

After a couple of seasons with Shahrdari Urmia, Ebadipour moved on to Iranian powerhouse Sarmayeh Bank Tehran, with which he won two more continental club titles in 2016 and 2017, as well as another national title in 2017.


Ebadipour hopped over to Europe in 2017 to play in Poland's PlusLiga with PGE Skra Belchatow, winning the Polish Super Cup and the league title in his first season there and another Super Cup in 2019. His club also claimed third place in 2020, before the league was halted due to the coronavirus pandemic.

Following a successful appearance at the 2012 Asian U21 Championship, when Iran won the bronze medal, Ebadipour made the senior team in 2014, competing in the World League and going on to strike gold in the Asian Games that same year (and helping defend that title in 2018).

He was part of the Iranian squad in their historic appearance at the Rio 2016 Olympic Games and was picked as an outside hitter of the Dream Team at the 2017 FIVB Grand Champions Cup when Iran picked up their only medal in a major FIVB competition - a bronze.

In 2019, Ebadipour steered Iran to their first participation in the Finals of the FIVB Volleyball Nations League, held in Chicago, USA, before also playing in his country's FIVB Volleyball Men's World Cup campaign. And in January 2020 he helped Iran qualify for the Olympic Games Tokyo 2020 contributing in the build up to and victory against hosts China in the final of the Asian qualification tournament in Jiangmen.