Lausanne, Switzerland, August 24, 2020 – Being the go-to scoring option for a perennial volleyball contender like Brazil men’s national team may look like a daunting task to many, but Wallace de Souza has embraced his duties in a masterful manner.

Lausanne, Switzerland, August 24, 2020 – Being the go-to scoring option for a perennial volleyball contender like Brazil men’s national team may look like a daunting task to many, but Wallace de Souza has embraced his duties in a masterful manner.
A member of his country’s national team since 2010, the opposite had his first big test wearing a yellow uniform during the London 2012 Olympics, when he was called upon to replace injured starter Leandro Vissotto. Brazil had to settle for silver, but the 27 points Wallace scored in the final against Russia left no doubts about the future of the position.
Since then, Wallace, now 33, has led the South American side to huge success, including victories at the 2013 and 2017 FIVB Volleyball World Grand Champions Cup, silver medals at the 2014 and 2018 FIVB Men's World Championships and, of course, the gold medal won at the Rio 2016 Olympics at the Maracanazinho stadium.
He was instrumental for the Brazilians in several of these results as he was voted the best opposite at the 2013 Grand Champions Cup and the Rio 2016 Olympics, and also at the 2014, 2016 and 2017 editions of the FIVB Volleyball World League.
The Sao Paulo-native’s first international title celebration, however, dates back to 2007 when he helped Brazil win the FIVB Volleyball Men's U-21 World Championship. He was the only member of that roster to enjoy a long and successful career with the senior squad.
His international success can be only rivalled by his accomplishments at a club level, especially during his seven-year stint with Sada Cruzeiro Volei, between 2009 and 2016.
In that period, he shared the courts with several other present and future members of the national team including setter William Arjona, middle blocker Eder Carbonera, and outside hitters Yoandy Leal and Mauricio Borges. He led the team to two FIVB Volleyball Men’s Club World Championship victories, three triumphs at the South American Club Championships and four titles in the Brazilian Superliga. 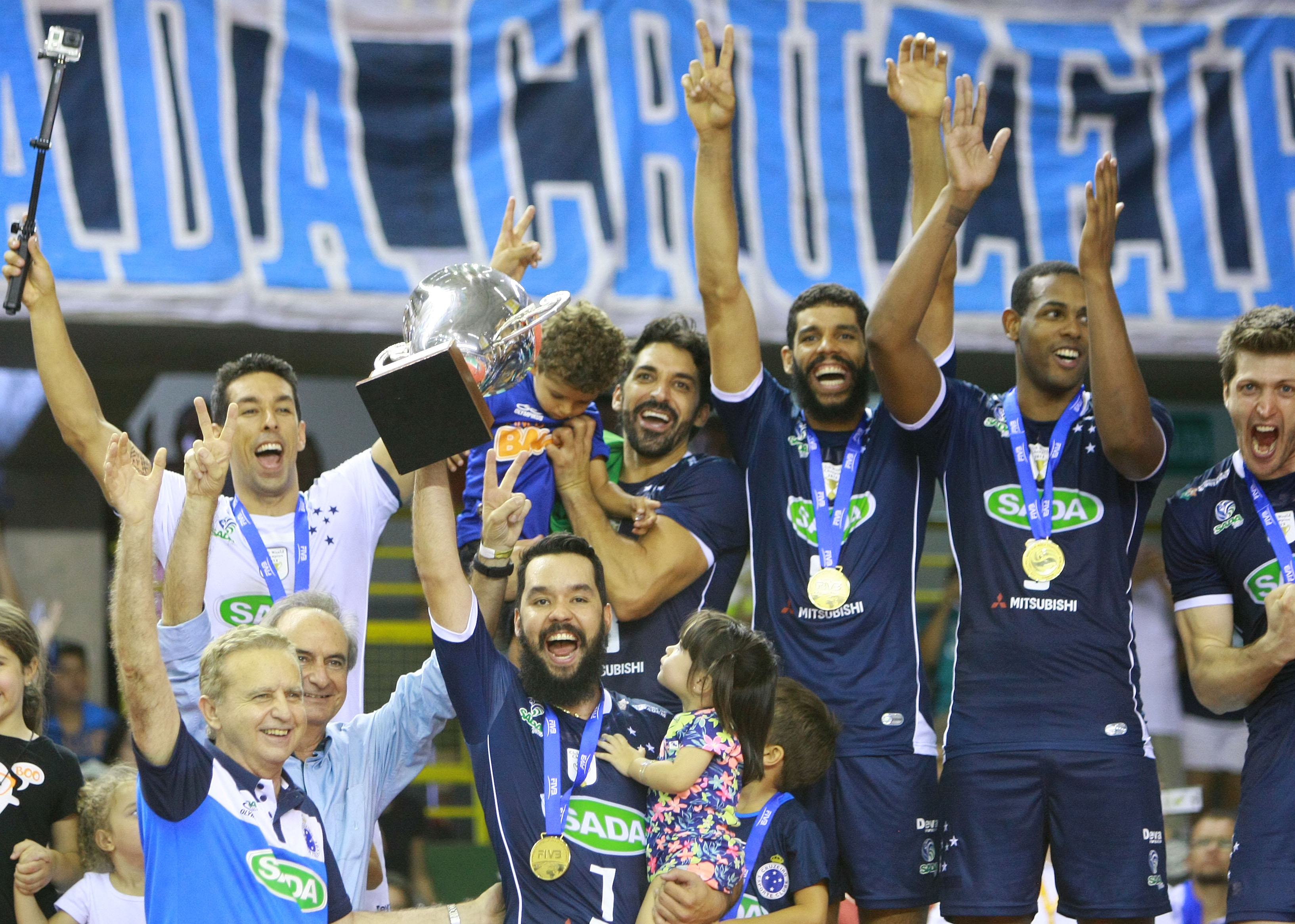 Wallace celebrates one of his two Men's Club World Championships victories with Sada Cruzeiro
Again, Wallace earned a handful of individual awards along the way, including Most Valuable Player honours at the 2014 Men’s Club World Championship and a best opposite prize in the following edition of the tournament alongside three best spiker nominations in the Superliga.
After spending the last two seasons with Taubate and SESC-RJ, Wallace has recently embarked on his first international adventure as the opposite is set to feature for Spor Toto Kulubu in the 2020-2021 edition of the Turkish League.
“I’m excited to have my first experience playing in a different country,” he recently said about the move. “The club and the league are growing a lot and I’m looking forward to being a part of it.”
Player of the Week features:Week 1: Yuji NishidaWeek 2: Annie DrewsWeek 3: Klemen CebuljWeek 4: Brayelin MartinezWeek 5: Milad EbadipourWeek 6: Gabi GuimaraesWeek 7: Karol KlosWeek 8: Onuma SittirakWeek 9: Simone GiannelliWeek 10: Eda ErdemWeek 11: Tsvetan SokolovWeek 12: Sarina KogaWeek 13: Louisa LippmannWeek 14: Facundo ConteWeek 15: Ding XiaWeek 16: Matt AndersonWeek 17: Britt HerbotsWeek 18: Wilfredo LeonWeek 19: Nataliya GoncharovaWeek 20: Jenia Grebennikov
Week 21: Kim Yeon KoungQuick links - Volleyball:FIVB.comFacebookTwitterInstagramYoutube
This website uses cookies to ensure you get the best experience on our website. For more information please read our Cookies Policy.
Ok