Player of the Week: Wilfredo Leon 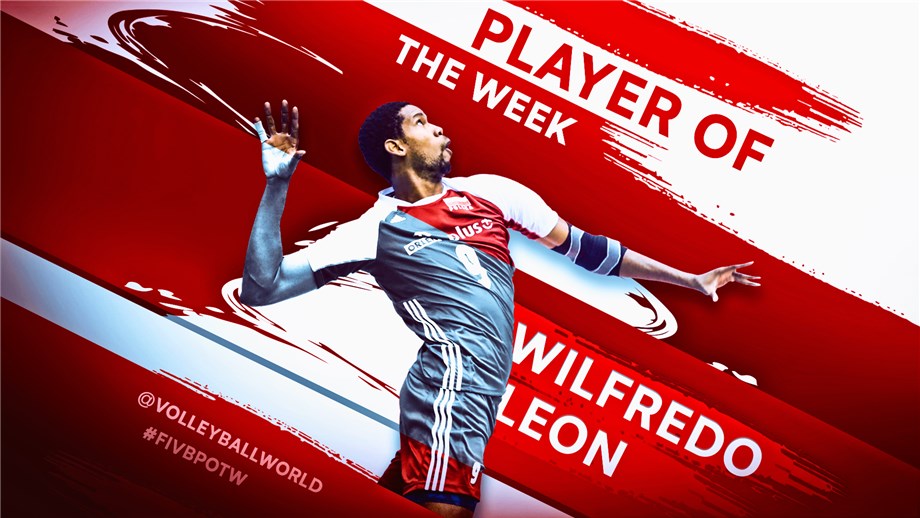 Lausanne, Switzerland, July 27, 2020 - Wilfredo Leon has enjoyed an incredible career from an astonishingly young age - but the 26-year-old Cuba-born outside hitter has embarked since last year on a brand new career, after joining the national team of Poland.

Leon reappeared in national team competitions following a seven-year hiatus since his last appearance for Cuba, but has picked up from where he left off, already adding medals and individual awards to his truly remarkable collection.

Born in Santiago de Cuba in 1993, Leon made his first steps in the sport before even reaching his teens and made his debut with the men's national team of Cuba at the age of 14. At 15 he played in a 2008 FIVB Volleyball World League game at home in Havana in the second match of the double-header against Russia, coming on in the second set and starting in the third. He scored six points in the match (which Cuba lost in straight sets).

Leon left Cuba in 2013 to pursue abroad and joined Russia's Zenit Kazan, where he remained for four seasons - earning European Champions League gold medals in all four attempts and named MVP of the competition in 2015 and 2016. He gained Polish citizenship in 2015.

After his stint with Zenit, Leon moved in 2018 to Italy, joining Perugia and picking up titles in the Italian Cup and Supercup - but most importantly was cleared in 2019 to play for Poland's national team.

Immediately, he added a bronze medal at the 2019 European Championship and made the Dream Team of the competition as an outside hitter. He topped that up with a silver medal at the 2019 FIVB Volleyball Men's World Cup.

Look out for video highlights of Wilfredo Leon's career across the Volleyball World channels as we celebrate our Player of the Week.