Lausanne, Switzerland, February 24, 2015 - Edouard Rowlandson and Youseff Krou claimed their first gold medals on the FIVB World Tour at the Xiamen Open in 2014, beating Spain’s Marco Francisco Alfredo and Christian García 2-1 (22-20, 19-21, 15-12). In the build-up to this summer's main event, Rowlandson speaks about his career and the importance of the FIVB Beach Volleyball World Championships The Netherlands 2015.

From what moment on did you set your eyes on a professional beach volleyball career?
It was during the French Championships in 2011. I was playing with Greg Brachard and we finished in second place, just behind the ‘Ces Brothers’. I was playing in the French first division at the time with Arago de Sète and playing for the national indoor team. I was a libero and did not get many chances to play. When I experienced the pleasure of playing on the sand and touching the ball so often, I began thinking of turning to beach volleyball! 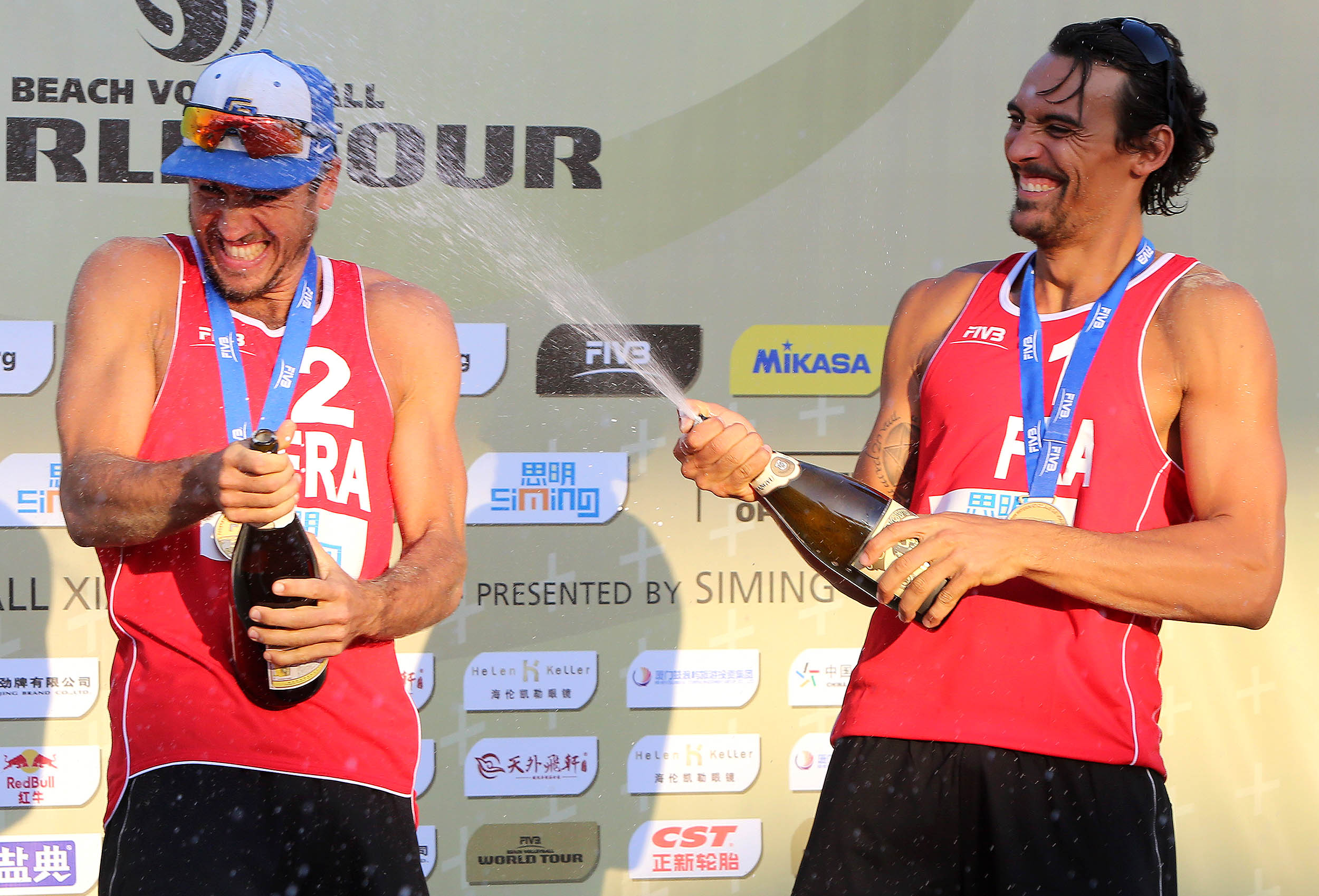 What are your objectives for The Netherlands 2015?
We will travel to the Netherlands with the ambition to win the title of course! That is the objective of each team. But we would be satisfied by finishing fifth. We will go there as big challengers, without any pressure. We know we can beat any team, but to become champions it is important to maintain a big rhythm as long as possible. 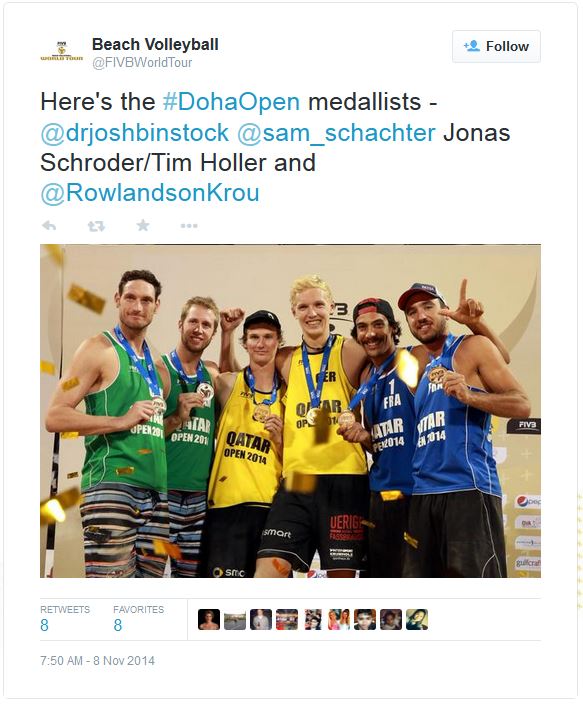 Which of your opponents do you admire most and why?
I do not admire opponents, even if I respect them. Players like Emanuel [Rego] inspire me a lot. But also players like [Sean] Rosenthal, [Daniele] Lupo, [Grzegorz] Fijalek and many others. There is always a skill you want to take from each of them.

What do you do in your spare time?
During off-season, I love going to the mountains. After being in the sun the whole year, it is so relaxing to enjoy cool mountain air. I like ski touring and free-ride downhill runs. I spend a lot of time in the mountains learning about different mountain activities.

What is your favorite holiday destination?
My favorite destination would be Chamonix, the capital of mountaineering.

What are your plans for the coming weeks?
We’ll be doing a lot of physical and technical conditioning at home in Montpellier. We’re also planning to make a trip to Egypt at the beginning of March. There we’ll be training with [Aleksandrs] Samoilovs and [Janis] Smedins - they are currently the highest ranked team in the world. In April, we’ll have a final training session in Tenerife before the Fuzhou Open in China, our first event of the season.