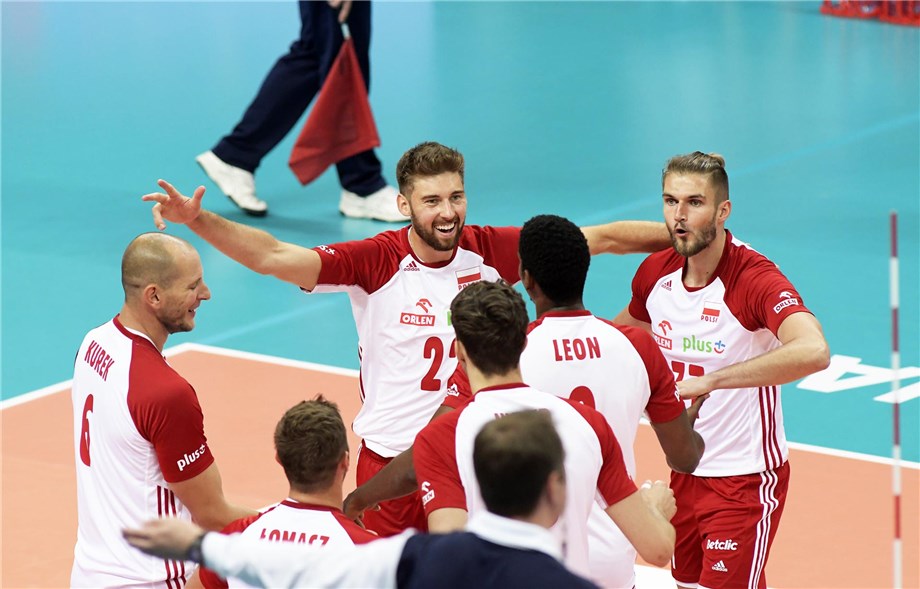 Lausanne, Switzerland, July 28, 2020 – After the friendly matches between Poland and the Czech Republic women’s teams in Walbrzych, the Poland men’s national team geared up for the season restart with two in-house matches against Germany and two intra-squad friendlies over the week.

The friendlies were treated like regular season matches complete with TV coverage and enthusiastic media coverage. There were no spectators permitted at the fixtures under the required safety measures, but nevertheless fans made their presence felt as they sent in pictures that were reproduced inside the arena. Fans who wanted to be closer to the action could also watch the game from a drive-in cinema outside the venue. 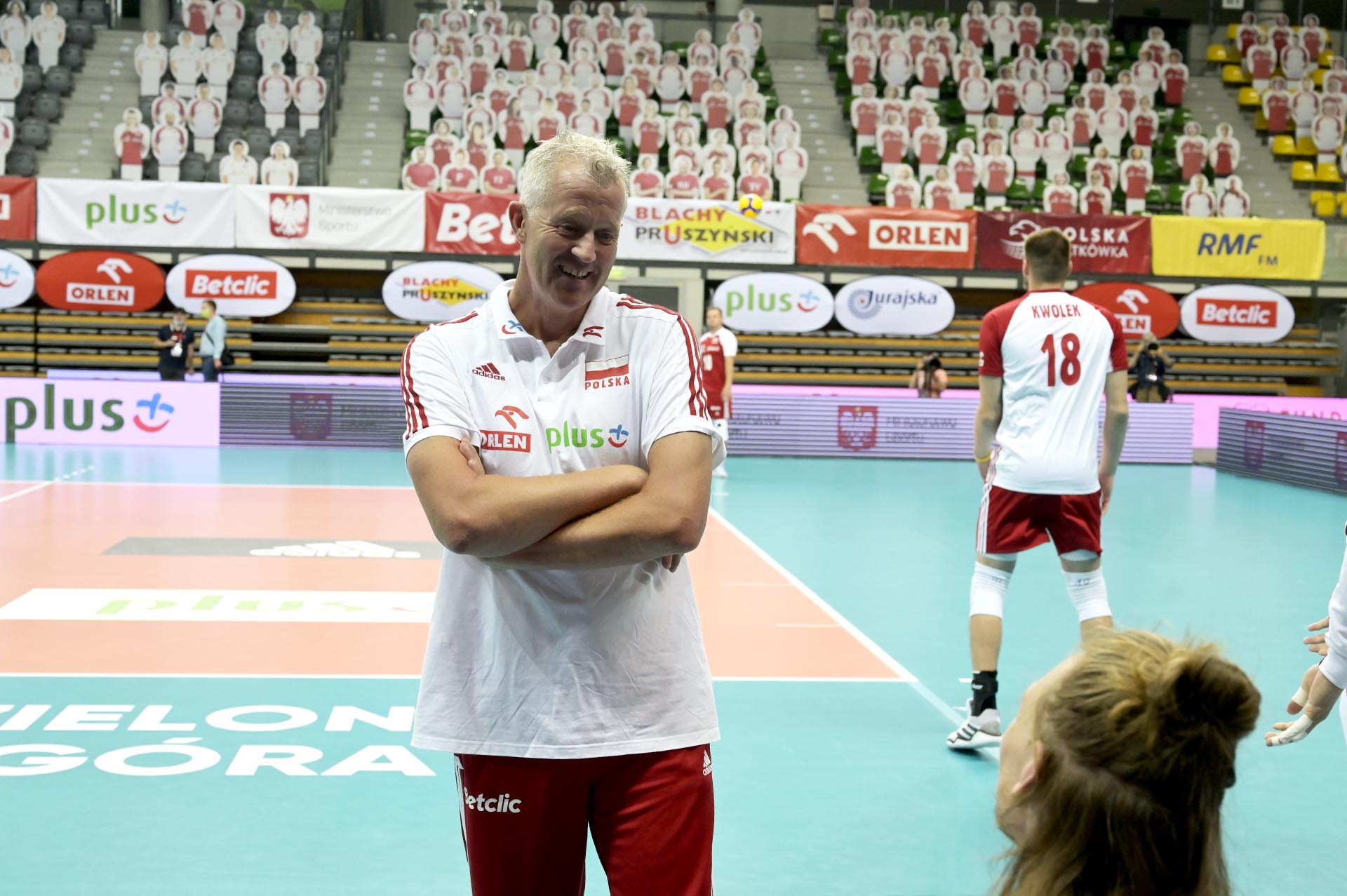 Vital Heynen’s men faced Germany in Zielona Gora on July 22 and 23. His counterpart Andrea Giani brought a 16-strong squad with some new, young faces. As both sides utilised all their players, the visiting side kept the home team at bay and won the first two sets with great defensive plays. Heynen then made changes in the line-up in the succeeding sets that shifted the momentum in their favour to win 3-2 (18-25, 23-25, 25-17, 25-22, 15-10).

Poland were set to face Estonia in Lodz on July 26 and 27, but the latter made last-minute changes in their travel plans. The home team opted to play as scheduled, organising on intra-squad matches.