Poletaev back in action after injury

Lausanne, Switzerland, February 10, 2020 – Russian men’s national team points machine Victor Poletaev is back in action after suffering an injury over two months ago.

Lausanne, Switzerland, February 10, 2020 – Russian men’s national team points machine Victor Poletaev is back in action after suffering an injury over two months ago.
The talented 24-year-old athlete sprained an ankle during a CEV Champions League match on December 4, when his club team Kuzbass Kemerovo shut out visiting Russian compatriots Fakel Novy Urengoy in the first leg of the pool stage. At 11-7 in the first set, Poletaev landed badly after an attack and had not been seen in play for over two months, until last Saturday. 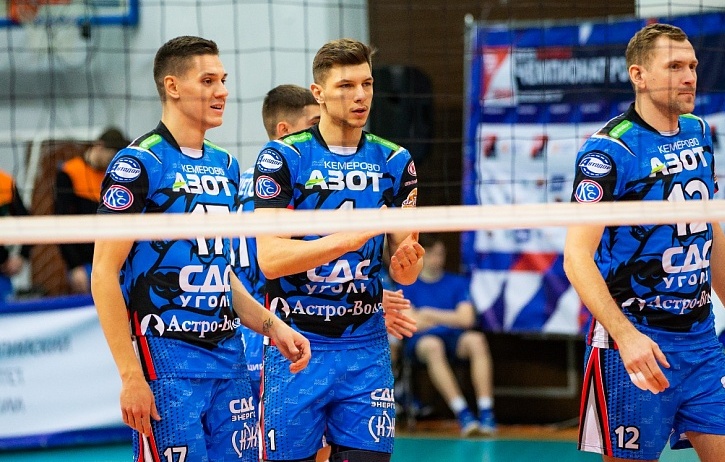 Victor Poletaev back on the court among his Kuzbass teammates after recovering from injury
The 1.97m high-flying opposite reappeared on court during a Russian Superliga game, which Kuzbass lost in straight sets at Ural Ufa. Still far from his best shape, he scored only three points and could not help his team reverse the course of the game after entering the court in the second set. Still, with an average of 4.69 points per set played this season, he remains fourth-best on that count among all Superliga players.
Kuzbass could make good use of Viktor Poletaev’s scoring prowess in their next match on Wednesday when they travel to Novy Urengoy for an important game with Fakel in the fifth leg of the Champions League pool stage. A win by three points would seal a quarterfinal berth for the talented striker and his teammates. 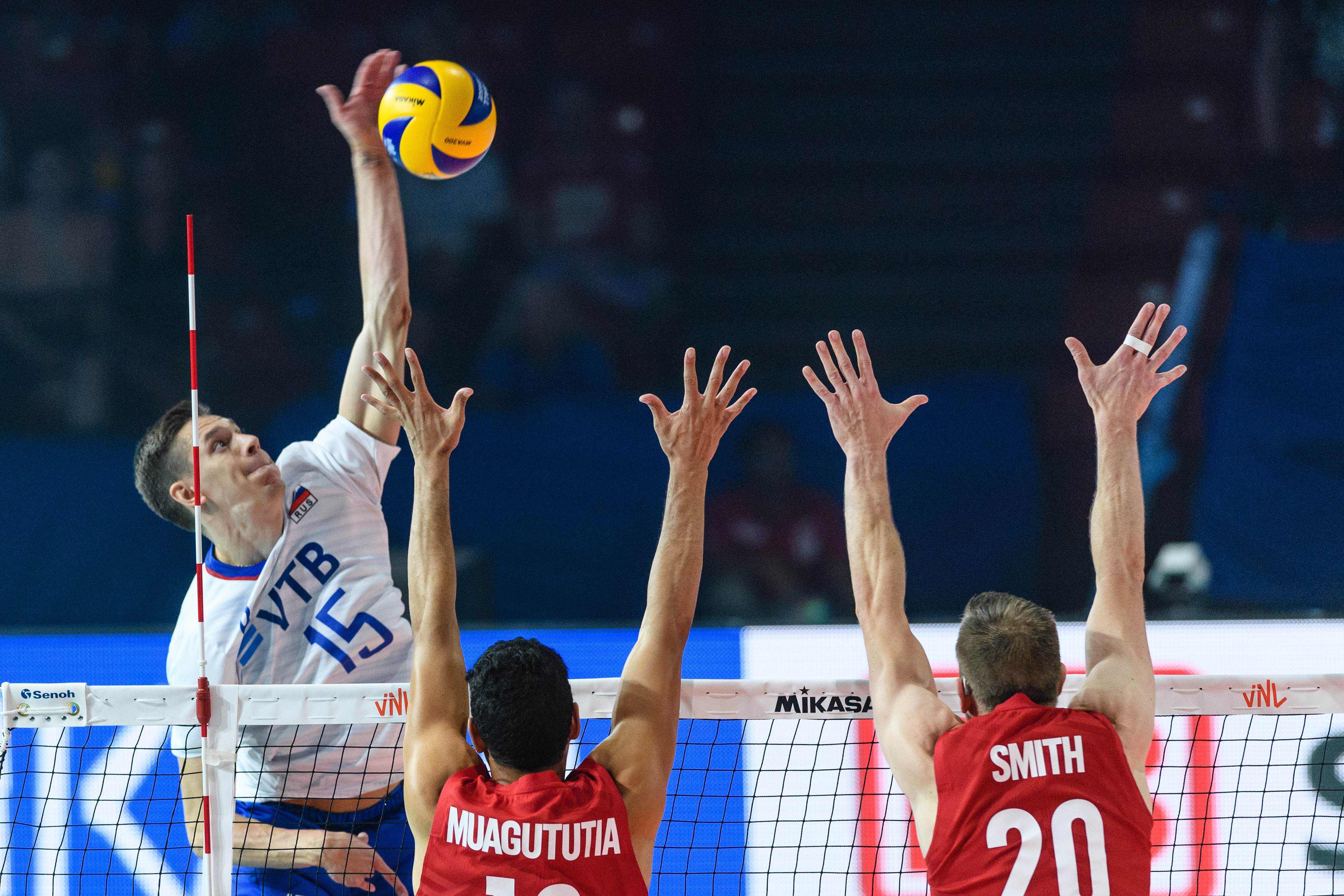 Poletaev spikes against USA in the 2019 VNL final
Poletaev’s recovery is also important for the Russia team ahead of their participation in the 2020 VNL and the 2020 Olympics. The opposite was part of the Sbornaya squads that claimed gold in the first two editions of the VNL, in 2018 and 2019. Last year, he was Russia’s best scorer in both the VNL and the intercontinental Olympic qualifier in Saint Petersburg, where the team earned their ticket to Tokyo.
Victor was also an important member of Russia’s golden generation, which won the titles at the U21 and U19 World Championships in 2013. He was also named MVP of the U21 event and Best Opposite of the U19 event, adding to his MVP award at the U19 European Championship that same year. As a member of Zenit Kazan at the age of 20 at the time, Poletaev also earned silver at the FIVB Club World Championship in 2015.
More volleyball from Russia:
Goncharova proves priceless for Dinamo
Quick links:
FIVB Volleyball Nations League
Olympic Games Tokyo 2020
Facebook
Twitter
Instagram
Youtube