Poletaev in transfer news from Russia!

Saint Petersburg, Russia, June 8, 2020 – Russian international Victor Poletaev is moving from 2020 Superliga bronze medallists Kuzbass Kemerovo to Zenit Saint Petersburg. The transfer of the 24-year-old rising star, which had been a rumour in the media for a while, was officially confirmed by both clubs.

Saint Petersburg, Russia, June 8, 2020 – Russian international Victor Poletaev is moving from 2020 Superliga bronze medallists Kuzbass Kemerovo to Zenit Saint Petersburg. The transfer of the 24-year-old rising star, which had been a rumour in the media for a while, was officially confirmed by both clubs.

The 1.97m-tall high-flying opposite was part of the Russian national squad that claimed gold in the first two editions of the FIVB Volleyball Nations League, in 2018 and 2019.
Last year, Poletaev was Russia’s best scorer in both the VNL and the intercontinental Olympic qualifier in Saint Petersburg, where the team earned their ticket to Tokyo. 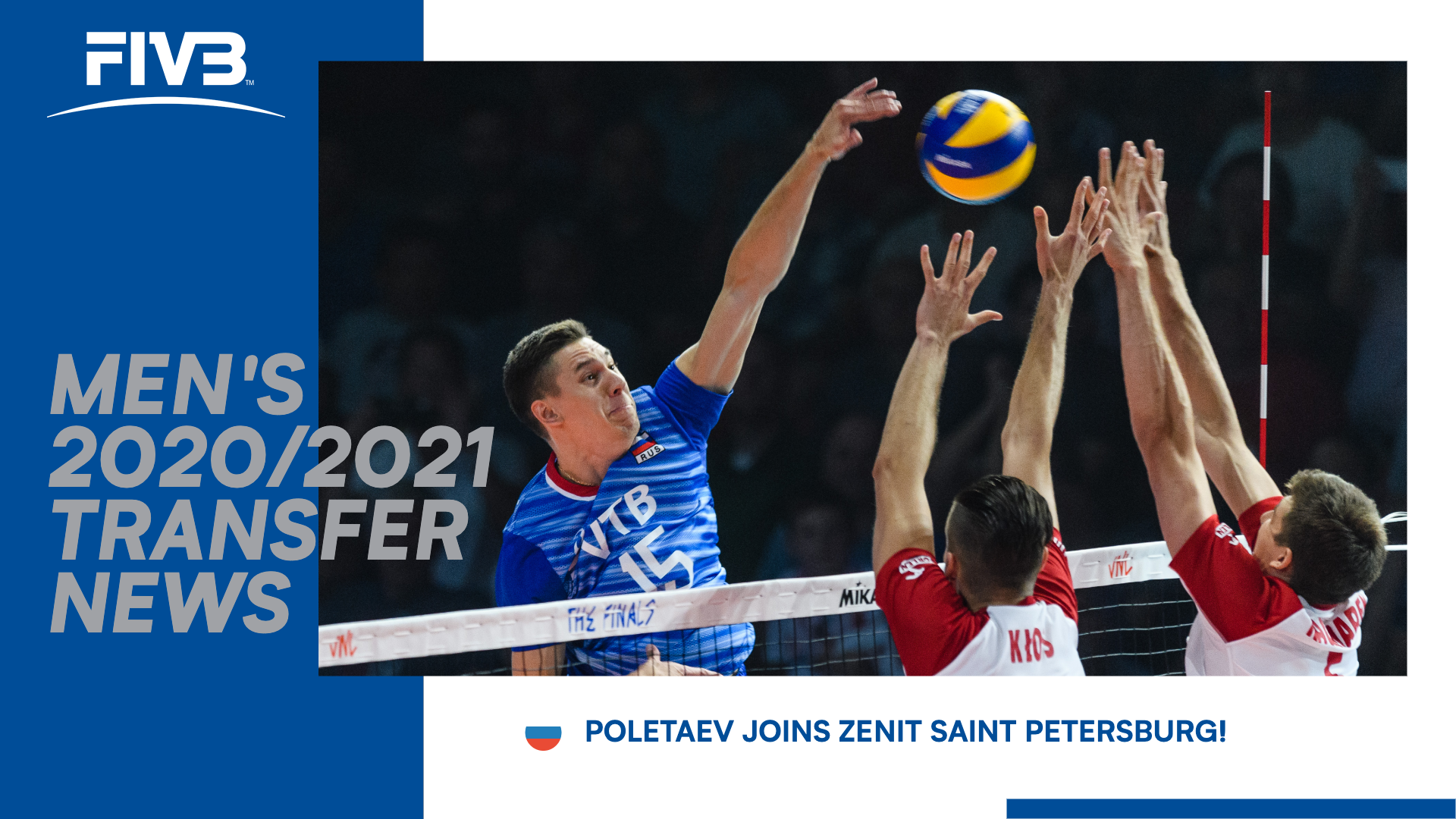 He was not only an important member of Russia’s golden generation, which won the titles at the U21 and U19 FIVB Volleyball World Championships in 2013, but was also named MVP of the U21 event and Best Opposite of the U19 event, adding to his MVP award at the CEV U19 European Championship that same year.
As a member of the Zenit Kazan squad, Poletaev also earned silver at the FIVB Volleyball Men's Club World Championship in 2015, at the age of 20 at the time.
Other recent market news from the men’s Russian Superliga:
• Dinamo-LO Leningrad Oblast have announced the departure of 2.12m-tall German international Marcus Boehme (34), a middle blocker on the 2014 FIVB Volleyball World Championship Dream Team and a two-time Olympian. He is replaced by 2.05m-tall Slavomir Biarda (22), a bronze medallist of the 2017 FIVB U21 World Championship with Russia, coming in from Akademiya Kazan.
• 1.98m-tall French international opposite Jhon Wendt (26), a silver medallist of the 2011 CEV Youth European Championship and semifinallist of the 2011 FIVB Youth World Championship, and named ASK Nizhny Novgorod’s Best Player of the 2019-2020 season, is leaving the club.
• 2.00m-tall outside hitter Stanislav Masliev (26), a bronze medallist of the 2011 Youth European Championship and participant in the 2011 Youth World Championship with Russia, will join Ugra-Samotlor Nizhnevartovsk for the 2020-2021 season.
More volleyball from Russia:
Grankin dreams of ending national team career with Tokyo medal
Zaytsev and Krsmanovic off to Kuzbass
Zenit Kazan back to work
Volkov and Biryukov lead transfers in Russia
Season's best announced in Russia
Former national team stars change clubs in Russia
Startseva aspires to highest awards at Tokyo Games
Voting for season’s best in Russia to be completed on Wednesday
Bednorz to fire up Russian league
Ten years later, Kosheleva reminisces about World Championship title
Karpol dynasty - 51 seasons at Uralochka and counting (Part 3)
...
Quick links:
Olympic Games Tokyo 2020
Facebook
Twitter
Instagram
Youtube
This website uses cookies to ensure you get the best experience on our website. For more information please read our Cookies Policy.
Ok