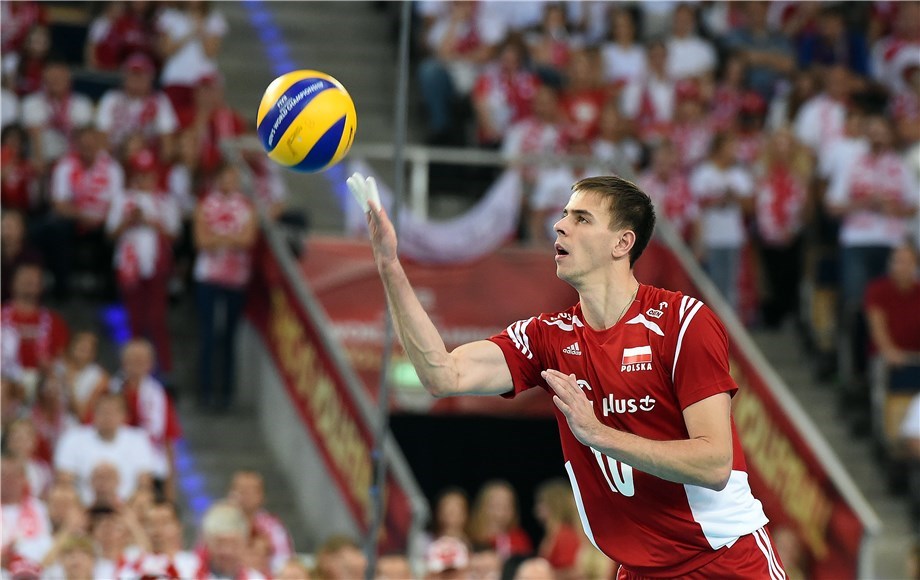 Mariusz Wlazly (here in action with Poland's national team) has announced he is leaving his club of 17 years PGE Skra Belchatow.

Warsaw, Poland, March 23, 2020 - Seventeen years after joining the club, Poland's legendary Mariusz Wlazly is moving on from PGE Skra Belchatow, the 36-year-old revealed in an interview with #7strefa show of the country's PolSat broadcaster.

Wlazly has led Skra to two silver and one bronze medals in the FIVB Club World Championships, in addition to two bronze and one silver in the European Champions League. He has led Skra to as many as nine national league titles.

Wlazly was named Most Valuable Player and Best Opposite of the 2014 FIVB World Championship, when he led Poland to the first of their back-to-back world titles - including scoring match point in the final against Brazil in Katowice.

With the Polish PlusLiga suspended due to the Coronavirus pandemic, there will be no opportunity for a proper farewell by the club he served for 17 years, since joining them in 2003, but Skra took to social media to thank their superstar for his contribution.

"It is already certain that this was my last season at PGE Skra Bełchatow," said Wlazly in his interview, though he did not reveal where he would be moving to. "It is a pity that it is in such conditions and circumstances, but we can not help it."