Pool winners move on to women’s semis in Gothenburg 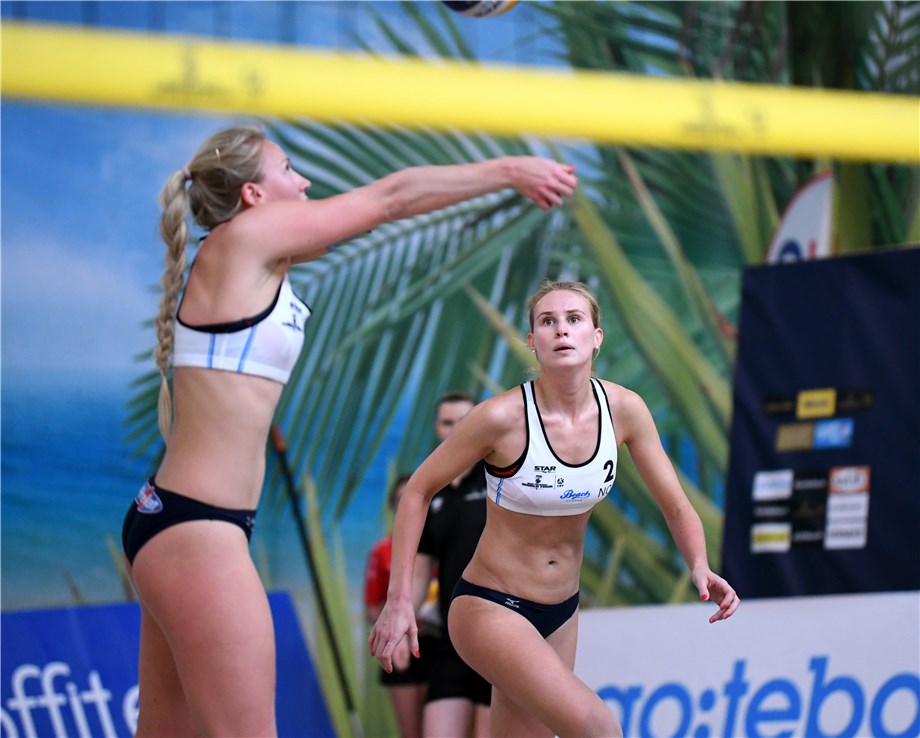 Gothenburg, Sweden, April 20, 2019 – All teams that won the four pools on Friday emerged victorious from their quarterfinal matches on Saturday as well to advance to Sunday’s women’s semifinals at the one-star stop on the FIVB Beach Volleyball World Tour in Sweden. Two pairs from the Netherlands and one each from Norway and Ukraine are still in contention for the medals at the indoor Beach Center in Gothenburg. 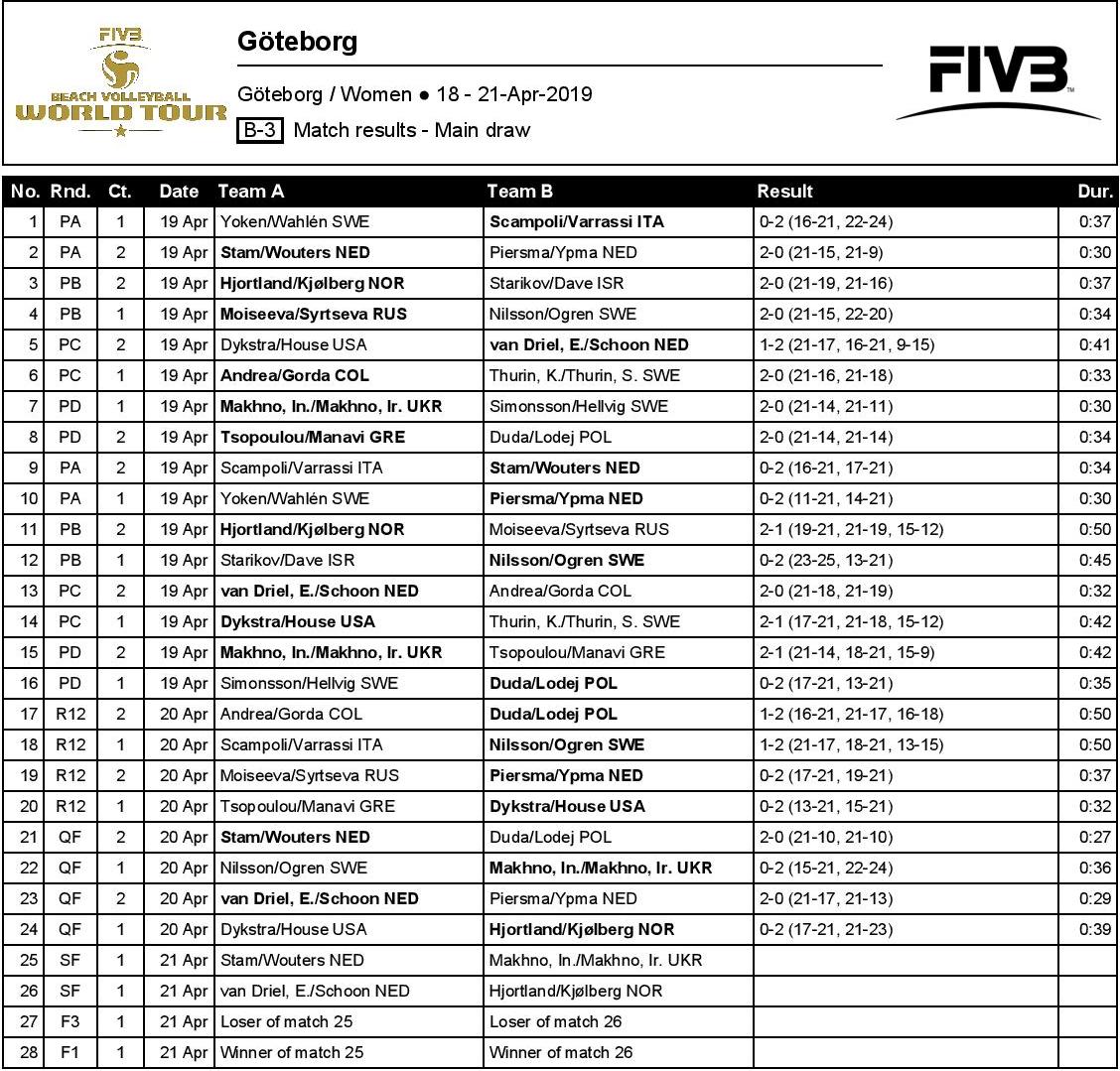 14th-seeded wild cards Emi van Driel and Raisa Schoon took the upper hand in the all-Dutch quarterfinal against qualifiers Emma Piersma and Pleun Ypma, seeded ninth. After a 2-0 (21-17, 21-13) win, Van Driel and Schoon became the lowest ranked duo to qualify for the semifinals.
"We played our own game and Schoon made a lot of points. We just kept smiling and doing what we are good at. I think that is why we won," said Emi van Driel after the quarterfinal win. "It’s very exciting! We haven’t played a semifinal at a World Tour event before. This is one of our first appearances and now we are ing the semifinals! It is just awesome!"
Their compatriots Katja Stam and Julia Wouters, seeded eighth cruised to a speedy 27-minute 2-0 (21-10, 21-10) victory over Poland’s Marta Duda and Marta Lodej in the shortest of the four quarterfinals.
In the longest one, second-seeded Norwegians Ane Guro Tveit Hjortland and Victoria Faye Kjolberg managed a 2-0 (21-17, 23-21) win over third-seeded Americans Lara Dykstra and Cassie House after 39 minutes of play.
"We are very excited!” Hjortland and Kjolberg exclaimed. “This is the first World Tour semi for us, so it will be a lot of fun. It feels really good. We thought we had good control at the start, but we had some butterflies in our stomach so it got very nervous at the end. We made a good push in serving and stuck to our game plan."
The home fans’ last hopes for Swedish glory on the women’s podium were spoiled by Ukrainian twins Inna Makhno and Iryna Makhno. The fourth-seeded sisters mastered a hard-fought 2-0 (21-15, 24-22) victory over Camilla Nilsson and Sofia Ogren.
In the first semifinal on Sunday morning at 09:00 local time, Stam and Wouters will challenge Makno and Makhno. An hour later, Van Driel and Schoon will take on Hjortland and Kjoberg. The bronze medal game is scheduled for 13:00 and the gold medal match will start at 15:00. The tournament in Gothenburg is streamed live on EuroVolley.tv.
Quick links - Beach volleyball:
FIVB Beach Volleyball World Tour - GothenburgFIVB.com - Beach volleyballFacebookTwitterInstagram