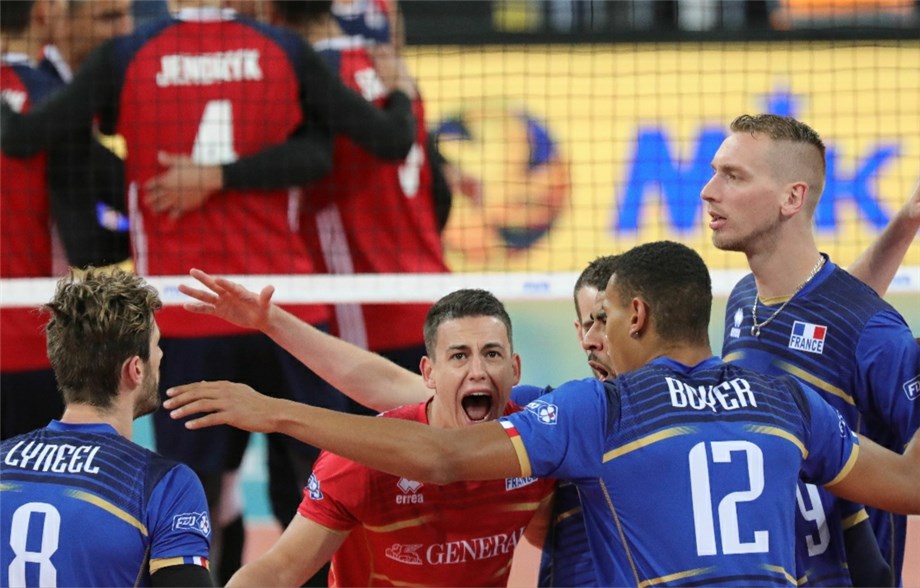 Lausanne, Switzerland, February 16, 2018 - An overview of the pools for the inaugural FIVB Men's and Women's Volleyball Nations Leagues has been released, as the top 16 teams in the world of each gender prepare to launch on a marathon of 240 matches (not including the final rounds) that will keep volleyball fans on their toes for over a month and a half starting from May 15.

The pool phase includes 120 matches for each gender, with teams playing round-robin in pools of four over a total of five three-day periods.

A combined table will determine the top five teams that will join the organisers for the Final Six.

Play begins on May 25 with pools in Rouen, France; Ningbo, China; Poland (host city TBC); and Kraljevo, Serbia. The fifth and last weekend will be June 22-24, ahead of the finals in Lille, July 4-8. 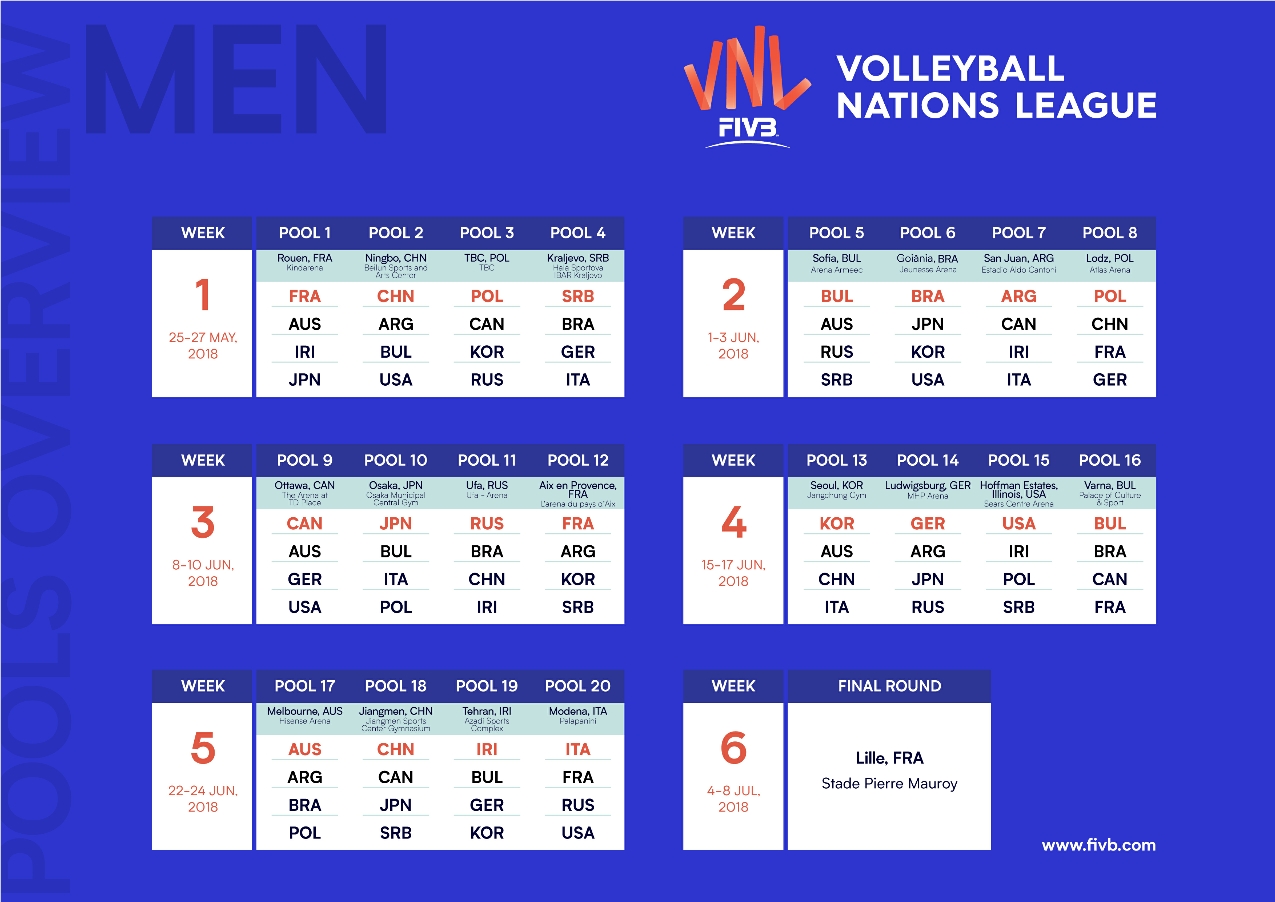 Competition will be midweek, starting May 15-17 with pools in Ekaterinburg, Russia; Ningbo, China; Lincoln, USA; and Barueri, Brazil. Pool play will wrap up from June 12 to 14, ahead of the finals from June 27 to July 1. 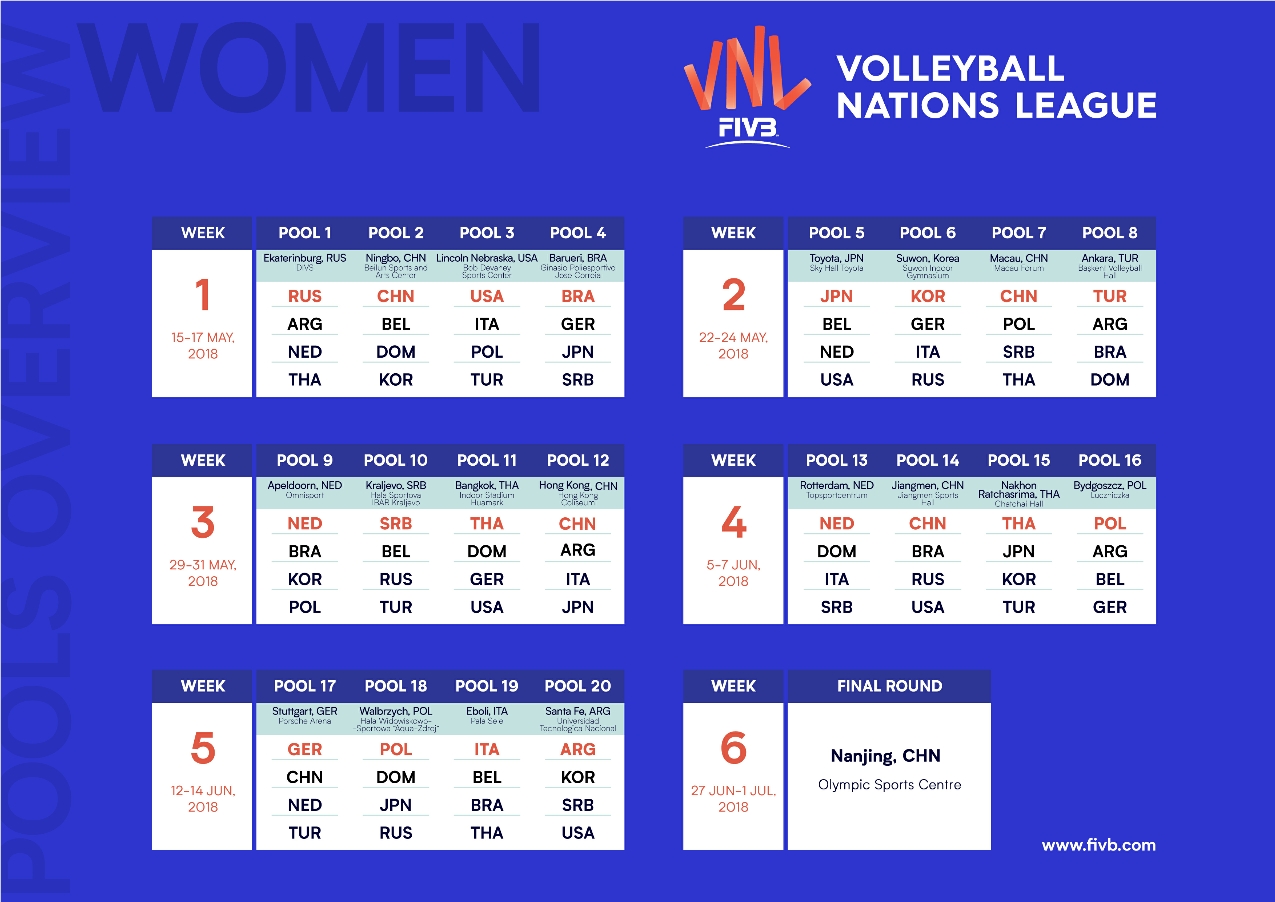