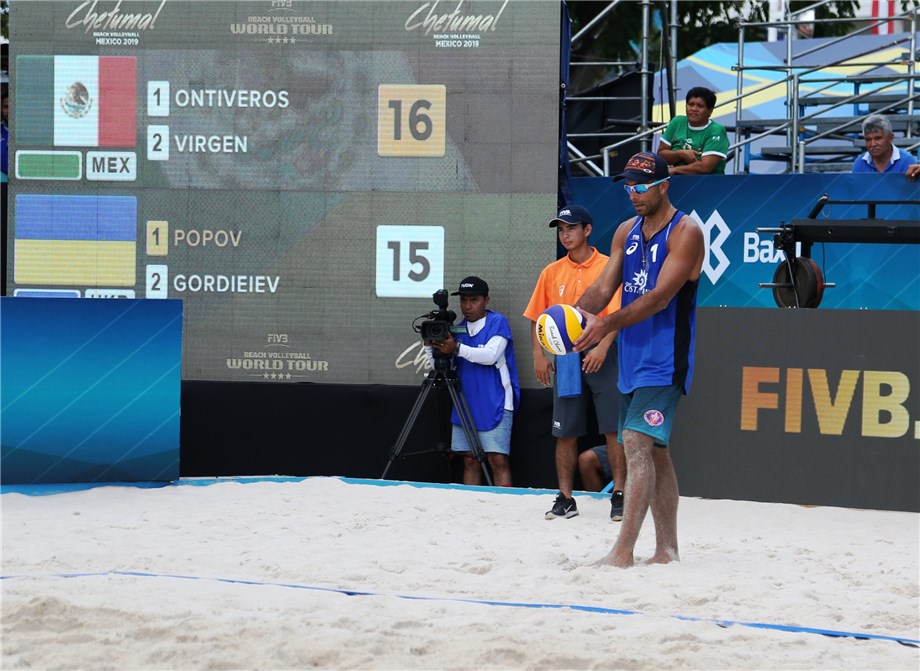 Chetumal, Mexico, November 15, 2019 – At the age of 28, Sergiy Popov is already the most accomplished beach volleyball player in Ukraine’s history in the sport. But the defender, who is competing at this week’s Chetumal Open with partner Iaroslav Gordieiev, is not done yet.
Quick links - Beach volleyball:
FIVB Beach Volleyball World Tour - Chetumal, Mexico
Facebook
Twitter
Instagram
Born in Zaporishya, Popov had a stellar youth career. Partnering with Valeriy Samoday, he won both the U-19 and U-21 World Championships alongside U-18 and U-23 European titles between 2008 and 2012. The team seemed to be poised to succeed at the senior level too, but a surprising decision by Samoday, who opted to change federations and represent Russia, got into the defender’s way.
“It was difficult at the time because he’s a really good player and we were doing well together,” said Popov. “But it was his choice to make and if he felt he should play for another country, that’s what he had to do. But now I have another very good partner and we’re building things together.”
It took Popov a few years to recover but when he did, it was to make history again. After playing in just nine international tournaments between 2014 and 2017, the defender became a World Tour regular again in 2018, shortly before he became the first player to win a gold medal for Ukraine playing with Vladyslav Iemelianchyk at a one-star event in Porec last summer.
“That victory meant a lot to me,” the defender reflected. “It’s a World Tour gold medal, it doesn’t matter if it’s a one-star or a five-star event, these are all very hard to win. And it was the first for Ukraine, so it was really important to my country.” 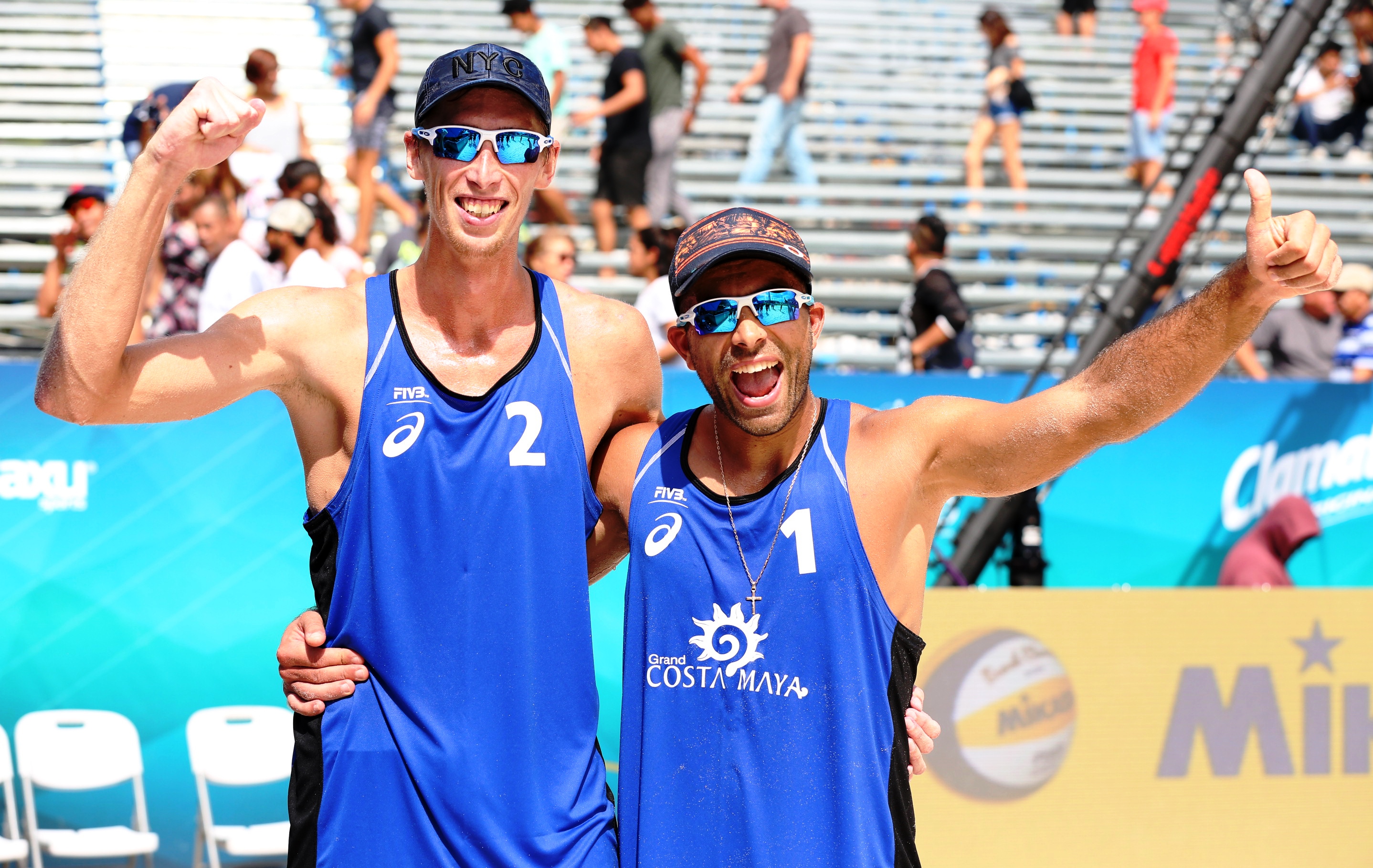 Gordieiev and Popov won their first three matches in Chetumal
Two months later, another split happened and Popov joined forces with Gordieiev. The team had its ups and downs during its first months, but it certainly started the Chetumal event on the right foot. After advancing from the qualification tournament, they downed Latvian stars Aleksandrs Samoilovs and Janis Smedins and home heroes Juan Virgen and Lombardo Ontiveros to win pool H.
“We are very happy about the way we played,” Gordieiev explained.” “It’s very hot here and the temperature is very different from our country, so we had to make some adjustments, but they worked. We’re proud that we won our pool, but we want to keep going and hopefully reach the semifinals.”
Their goals, however, go well beyond a good finish in Chetumal, where they’re competing for the last time in 2019. Currently ranked 29th in the Olympic ranking, the Ukrainians want to be the first in their country to compete in an Olympic beach volleyball tournament next year in Tokyo.
“That’s our main goal,” Gordieiev added. “Ukraine’s women teams had a chance to qualify to Rio in 2016, but they didn’t make it, so we’re still trying to make it to the Olympics for the first time. Right now, we think that the Continental Cup should be the most logical path for us because it can be tough for us to compete with the top-20 in the world, but we’re trying to get as many points as we can and see where they take us.”