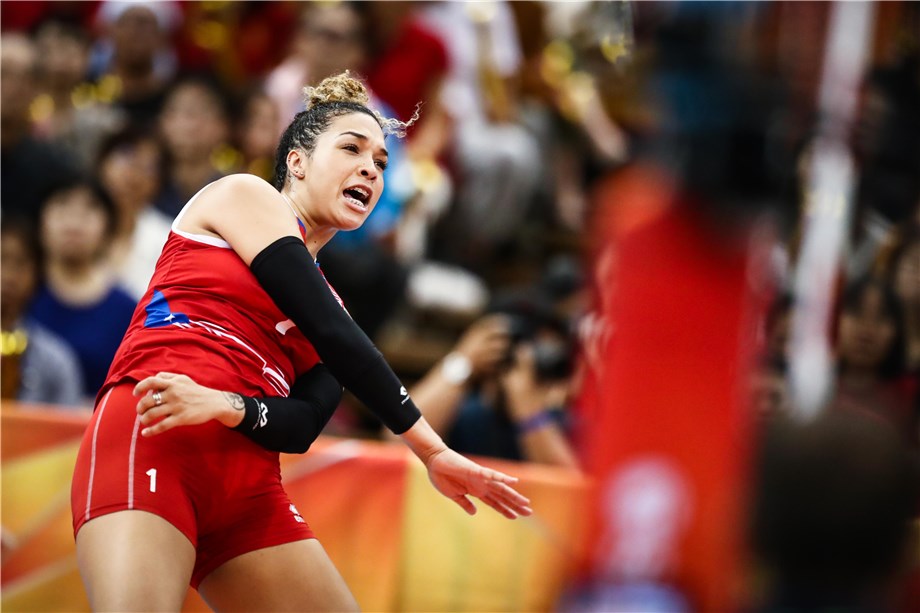 San Juan, Puerto Rico, May 19, 2020 – Emerging outside hitter Daly Santana of the Puerto Rican women's national team awaits her next challenge following two years in Italy after one season in France.

Santana didn’t mention her new team during an interview for the Puerto Rican Olympic site PUR Connection, hosted by journalists Natalia Meléndez and Julio “Gaby” Acevedo on Facebook, but several sources, including Primera Hora newspaper, have her playing in Turkey in 2021.
The stellar attacker played for a second year in a row for the Il Bisonte Firenze of the Italian Series A last season. The year before the 25-year-old of Dominican father and Puerto Rican mother helped Mulhouse to win the title in the Pro A France League.
“It was a challenge to play in Italy for the last two seasons, and now a another challenge is coming in for which I will be preparing to represent Puerto Rico with dignity,” Santana said.
The native of Corozal left the door open for a future comeback to the Puerto Rican Superior League but announced that she would like to play with her hometown team as long as the tournament dates do not coincide with that of foreign leagues.
During the interview, Santana revealed another dream: to play again at the Olympic Games.
After playing at Rio 2016, Santana and her Puerto Rican teammates saw their dreams disappointed last January when they lost to host Dominican Republic in straight sets in the final and decisive match at the NORCECA Continental Tokyo 2020 Qualifier.
“My long-term goal is to have the opportunity to return to the Olympic Games and to have the honour of raising the name of Puerto Rico. We need to work hard and I know we can do it,” said Santana answering questions about the options of Puerto Rico to qualify to the 2024 Olympic Games in Paris.
Santana is still in Italy following the cancellation of the league due to the coronavirus pandemic. She said she is in good health at her fiance’s home, planning to fly to Puerto Rico on June 1.