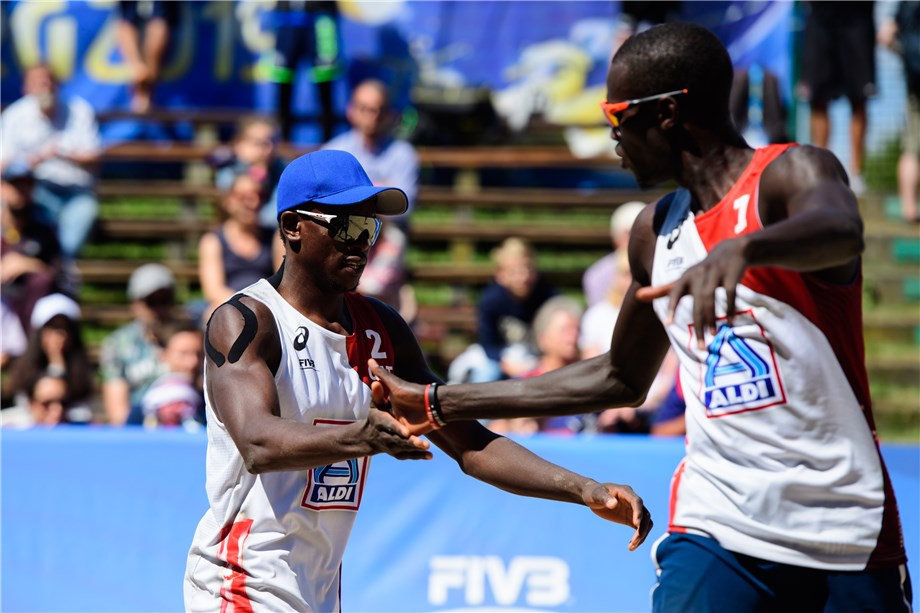 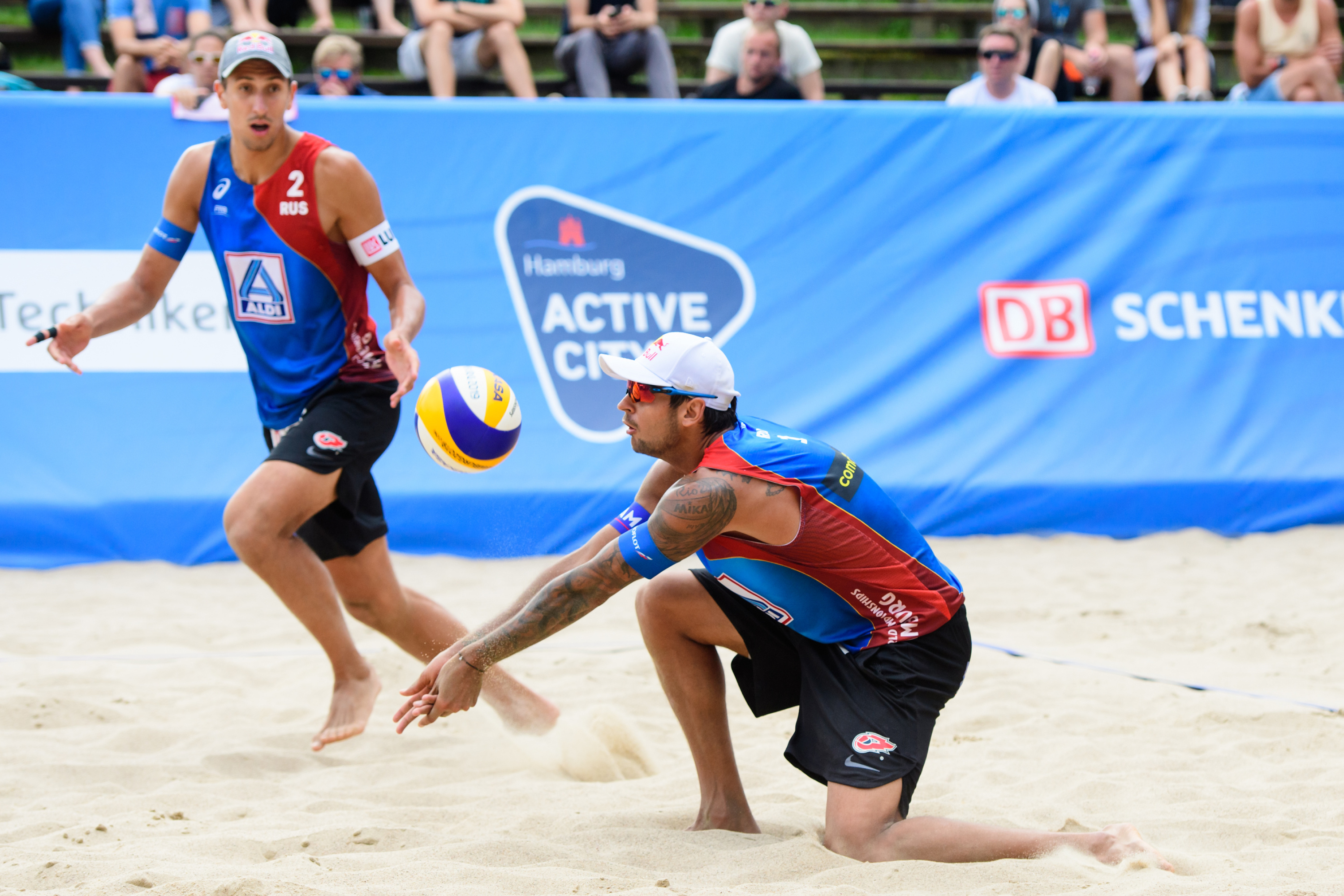 A Mikasa reception for Viacheslav Krasilnikov as Russian partner Oleg Stoyanovskiy follows the action
It was a rematch of sorts in the World Championships as Doppler and Horst defeated Krasilnikov and former partner Nikita Liamin in the semi-finals at the Vienna 2017 World Championships. The Austrians finished second in Vienna after losing the finale to Evandro Goncalves and Andre Loyola of Brazil
“Belgium is a pretty good team, but I think we played really well and kept our side out stable all match,” said Ahmed, who is competing in his first FIVB World Championships. “We feel great now, to top our pool at the World Championships really means a lot.”
Samba, who placed fifth and ninth in the last two World Championships in 2015 and 2017, respectively, said winning the pool was "a great confidence booster for us, but we need to have a new mindset now that elimination starts because our jobs here are not done yet.  It was great to have these three victories and the way is open for us to keep going. If we keep playing like this, we’ll be a nightmare for any opponent.”
When asked about the setback to Doppler and Horst in the 2017 Vienna semi-finals, Krasilnikov noted it was different now since the "Austrians are not playing in front of their fans.  The atmosphere in Vienna was tremendous.  Clemens and Alex used it to their advantage.  Despite the loss, we still got a bronze medal."