Montpellier, France, August 27, 2020 – Leon Luini and Matthew Immers continued their victorious quest on Thursday. The 14th-seeded Dutchmen, coming in from Tuesday’s qualifications, delivered another big upset on the French sand to line up among the first four quarterfinalists at the 1-star FIVB Beach Volleyball World Tour Montpellier event. 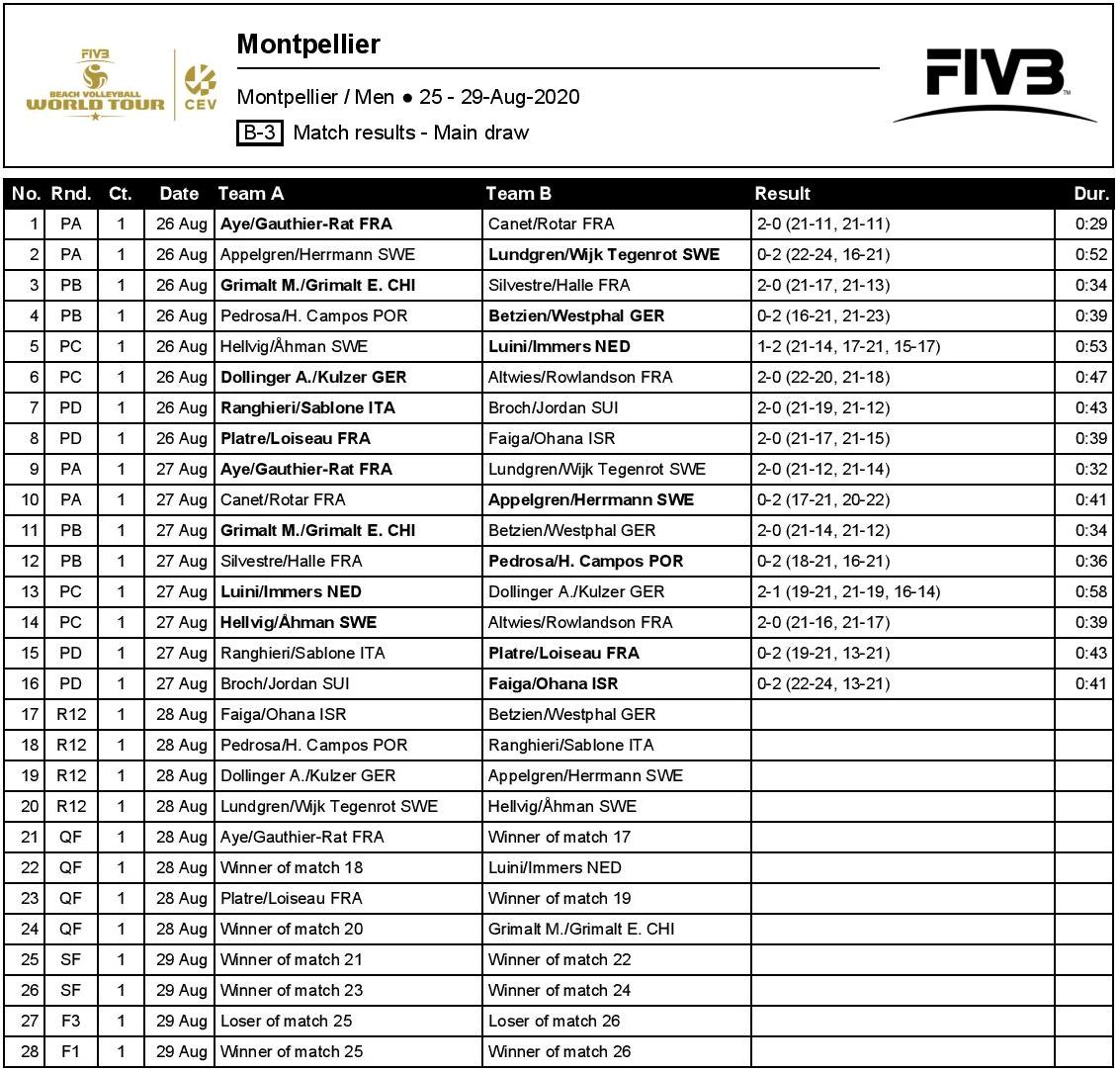 Luini and Immers opened Thursday’s competition programme at Parc de la Rauze with a thrilling three-setter against sixth-seeded Germans Armin Dollinger and Simon Kulzer and managed to come back from a set down to gain a 2-1 (19-21, 21-19, 16-14) victory and top the final Pool C standings. For the Dutch team, this is the fourth consecutive win over higher-seeded opponents at Montpellier, with tie-breaker success in each of the last three.
Next, in the Pool B first place match, second-seeded Marco Grimalt and Esteban Grimalt lived up to their status as #25 on the FIVB World Ranking and mastered an emphatic 2-0 (21-14, 21-12) victory over Max Betzien and Dirk Westphal of Germany to advance to the last eight of the tournament.
The home fans were pleased to see fifth-seeded Frenchmen Timothee Platre and Arnaud Loiseau shut out fourth-seeded Italians Alex Ranghieri and Daniele Sablone to top Pool D. Platre and Loiseau dominated the penultimate match of the day to master a 2-0 (21-19, 21-13) win. 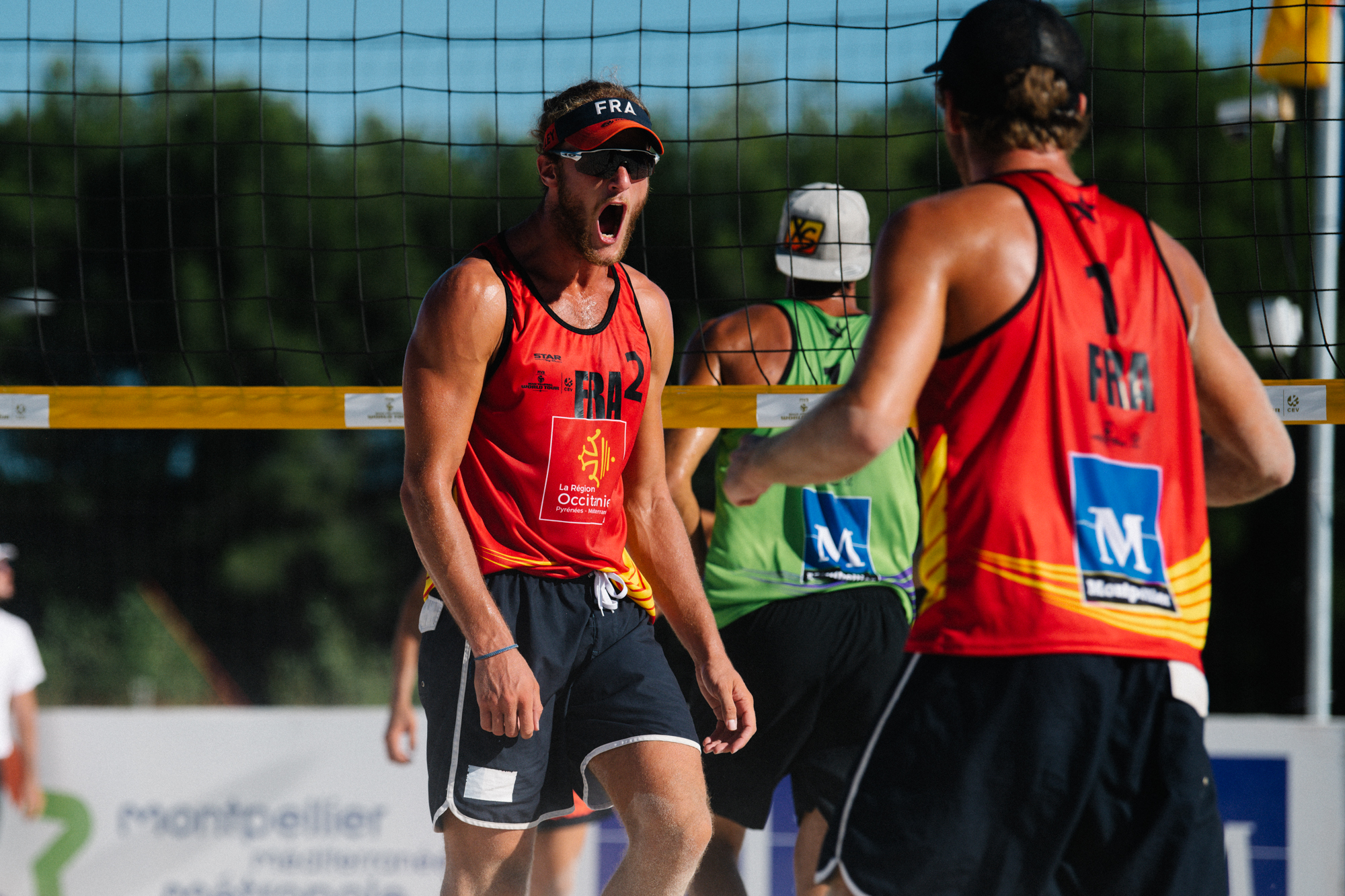 France’s Timothee Platre and Arnaud Loiseau celebrate as Pool D winners
Thursday’s competition programme was closed by home favourites Quincy Aye and Arnaud Gauthier-Rat. For dessert, the number one seeds cruised to a 2-0 (21-12, 21-14) straight-setter in the Pool A final against ninth-seeded Swedes Peter Lundgren and Jakob Wijk Tegenrot.
With the third place matches in each of the four pools also played on Thursday, it was determined that three teams from Sweden, two from Germany and one each from Israel, Italy and Portugal will compete in the first elimination round on Friday, set to determine the remaining four participants in the quarterfinals later that day.
Live streaming of Montpellier matches is available on the Montpellier Beach Masters video channel on YouTube.
Quick links:
FIVB Beach Volleyball World Tour - Montpellier 1-star
FIVB Beach Volleyball World Tour
Olympic Games Tokyo 2020
Facebook
Twitter
Instagram
Youtube
This website uses cookies to ensure you get the best experience on our website. For more information please read our Cookies Policy.
Ok