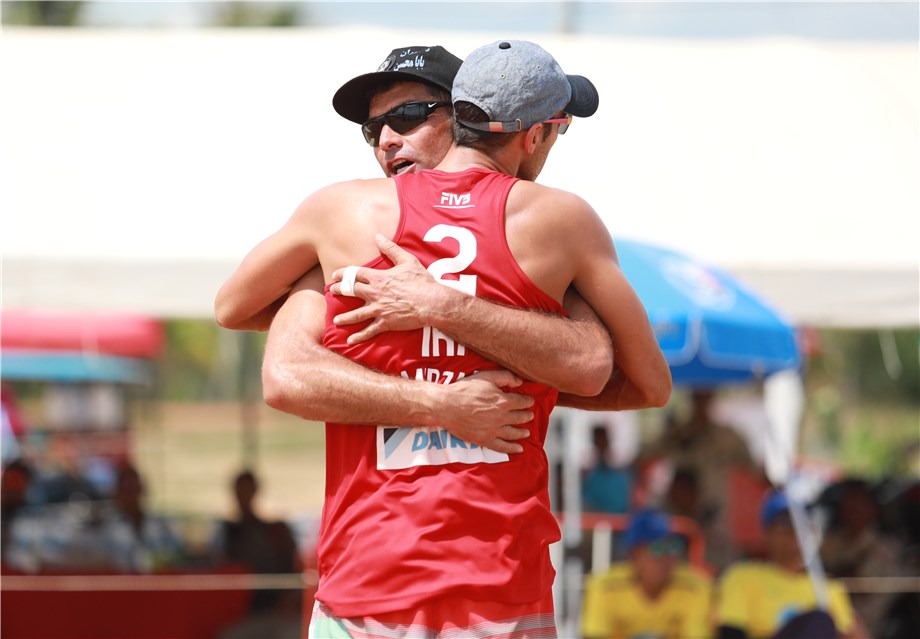 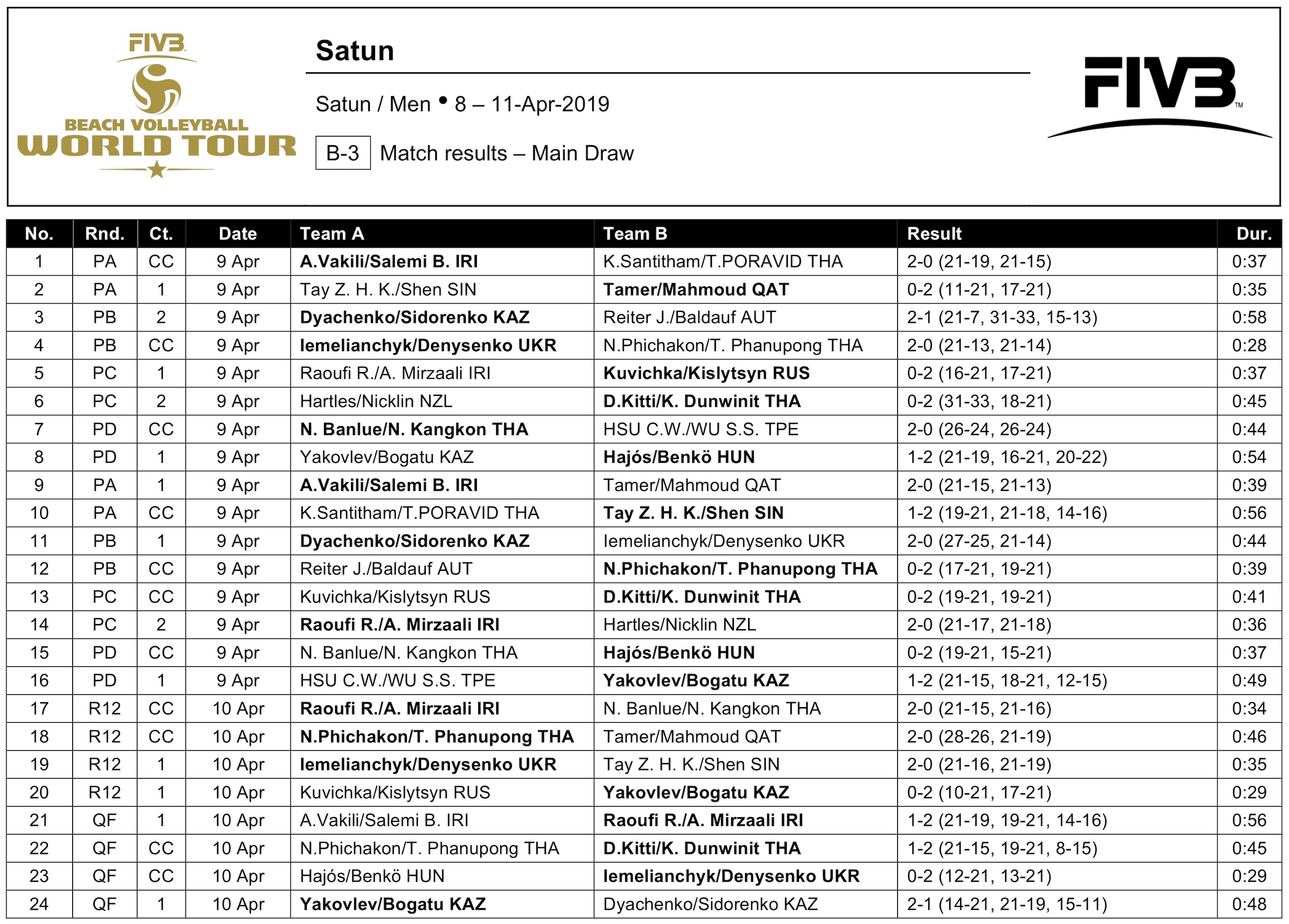 In one of the three country v country quarterfinal matchups, third seeds Rahman Raoufi and Abdolhamed Mirzaali eliminated top seeds Arash Vakili and Bahman Salemiinjeboroun in the tightly contested all-Iranian clash. Raoufi and Mirzaali rallied from a set down to beat their compatriots 2-1 (19-21, 21-19, 16-14).

Iranian pair Raoufi and Mirzaali will face Thai duo Kitti and Dunwinit in the first semifinal match on Thursday at 9.40 local time, followed by the match between Ukraine’s Iemelianchyk and Denysenko and Kazakhstan’s Yakovlev and Bogatu at 10.30.