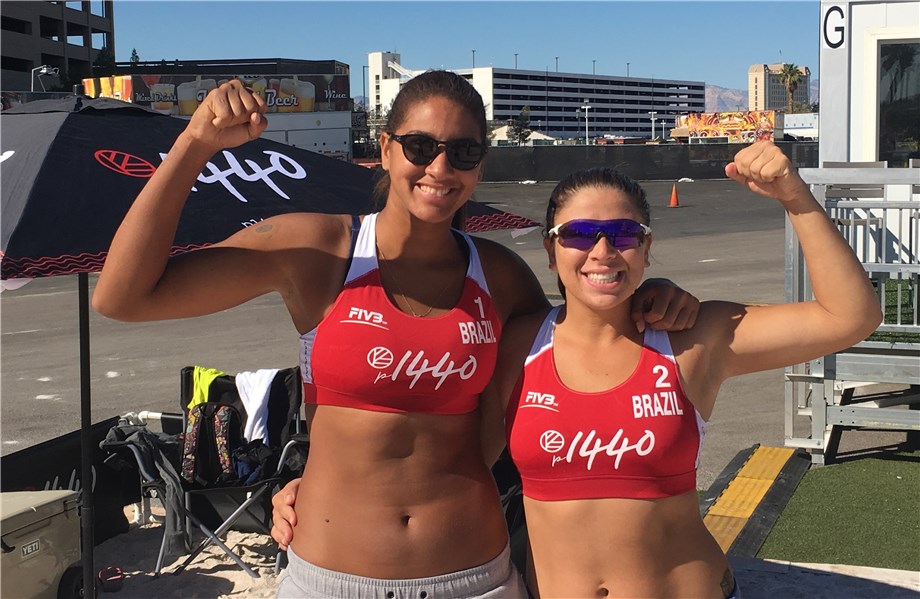 Las Vegas, USA, October 17, 2018 – Rebecca Cavalcanti and Ana Patricia Silva are still on a roll in the FIVB Beach Volleyball World Tour as the young Brazilians secured a main draw spot at the Las Vegas Open presented by p1440 on Wednesday.
The 25-year-old Rebecca and the 20-year-old Ana Patricia have played in back-to-back World Tour gold medal matches the past two weeks, when they captured the title of the three-star Qinzhou Open and finished second at the four-star tournament in Yangzhou.
In Las Vegas, the Brazilians had a comfortable straight-set 2-0 (21-13, 21-8) victory over Serbians Marija Milosevic and Marija Vojnovic in their only match in the qualification tournament and advanced to the main draw, where they will have a chance to compete for their third-straight international medal.
“We arrived from China on Monday and we are still dealing with the time-difference and the sand, which is a little bit different than the one we played at in China,” Rebecca commented. “It wasn’t our best game but we were very focused and aware that we are still adapting to the tournament, so it was a good start.”

The successful two weeks in China give the Brazilians the energy and the focus they needed to quickly change their mindsets from gold medal matches to the qualification tournament.
“We’re taking every game as a final right now,” Ana Patricia explained. “We need points to get into the main draw for the next events and this is the only way for us to do that. Every qualification game is very nervous, but I think we did a good job and kept it under control.”
Rebecca and Ana Patricia were just one of three Brazilian teams who advanced in the Las Vegas Open’s women’s qualifier. Veterans Maria Clara Salgado and Elize Maia Secomandi booked their places in the main draw with a two-set (21-12, 21-12) win over Austria’s Eva Freiberger and Valerie Teufl, while country-quota winners Taina Bigi and Victoria Lopes qualified with a straight-set (21-15, 21-17) triumph over the Canadian twins Megan and Nicole McNamara.
Hosts USA also qualified three duos to the main draw with Emily Day/Betsi Flint, Nicole Branagh/Brittany Howard and Kelly Claes/Sarah Sponcil all advancing with two-set victories. 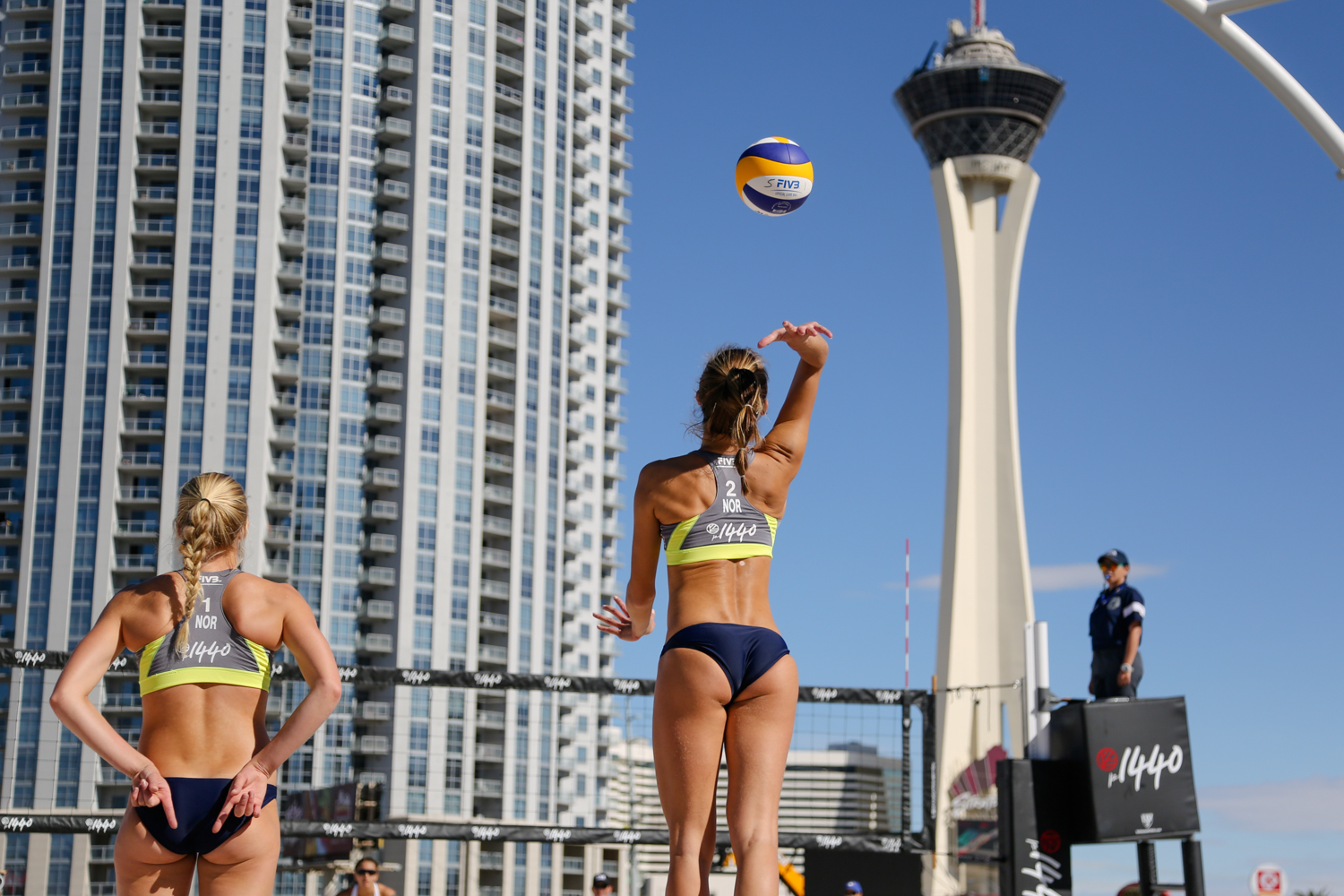 Norway's Oda Ulveseth serves during the match against Sweden in Las Vegas
The remaining two spots went to China’s Meimei Lin and Lingdi Zhu and Norway’s Ingrid Lunde and Oda Ulveseth, who prevailed in three sets 2-1 (24-22, 20-22, 15-8) in the all-European duel with Sweden’s Sofia Ogren and Tadva Yoken.
“We were behind in the second set and just thought we had nothing to lose and that we needed to keep pushing,” Ulveseth commented. “It was a little windy too and we had to adjust to it. We had a long trip from China and we’re happy that we managed to qualify.”
Main draw starts on Thursday with 32 women’s teams competing in the American famous resort city.
The Las Vegas Open is a partnership between the FIVB and the p1440 event series, an American domestic tour created from the vision of three-time Olympic gold medallist and one-time Olympic bronze medalist, Kerri Walsh Jennings, and husband Casey Jennings. The series, which allows international players to compete at it, held its inaugural event, the p1440 San Jose Invitational, from September 28-30 and Latvia’s Aleksandrs Samoilovs/Martins Plavins and Canada’s Heather Bansley/Brandie Wilkerson were the winners.
Quick links - Beach volleyball:FIVB Beach Volleyball World Tour - Las VegasFIVB.com - Beach volleyballLatest VideosFacebookTwitterInstagram