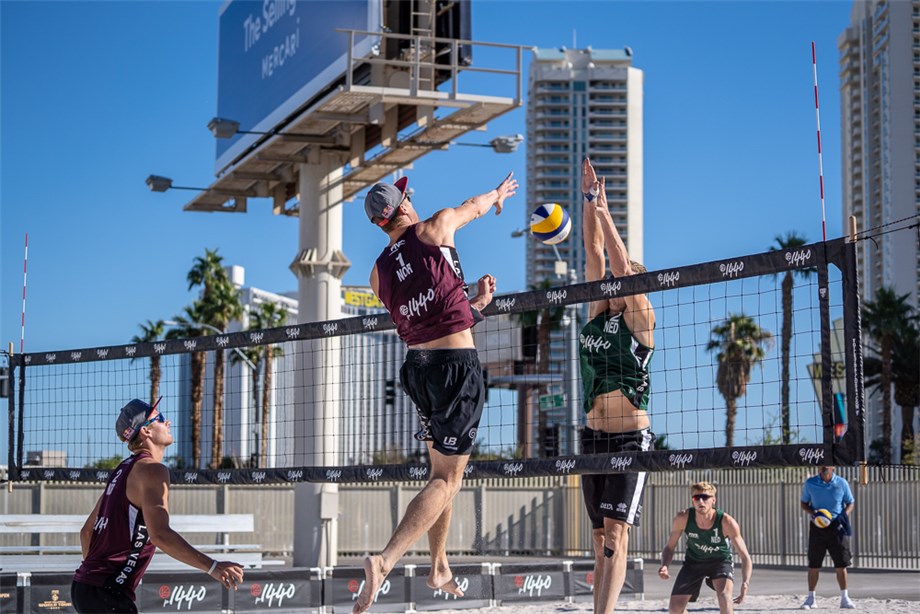 Las Vegas, USA, October 18, 2018 – Anders Mol and Christian Sørum had a long and prolific year in the FIVB Beach Volleyball World Tour, but they are not done yet. The Norwegian duo, which dominated the 2017-2018 international season, is making its final stop of the year in the World Tour Las Vegas Open presented by p1440 and, as usual, they are winning.
The Norwegians were one of eight teams to top their pools after the conclusion of the first day of men’s main draw at the American resort city. The Beach Volley Vikings have now advanced to the Round of 16.
Mol and Sørum started their campaigns in the tournament with a straight-set (21-12, 21-12) victory over USA’s Reid Priddy and Jeremy Casebeer. In their second game, they secure the top spot of pool B with a come-from-behind (18-21, 21-18, 15-9) triumph over Dutch Jasper Bouter and Christiaan Varenhorst.
“It was a difficult game and it was the same last time we played them,” Mol said about the victory over the Dutch. “I struggled to find my better blocking positioning in the first set, but we made some adjustments after we lost and they worked. Our side out was unstable, but it was just enough to win the game.” 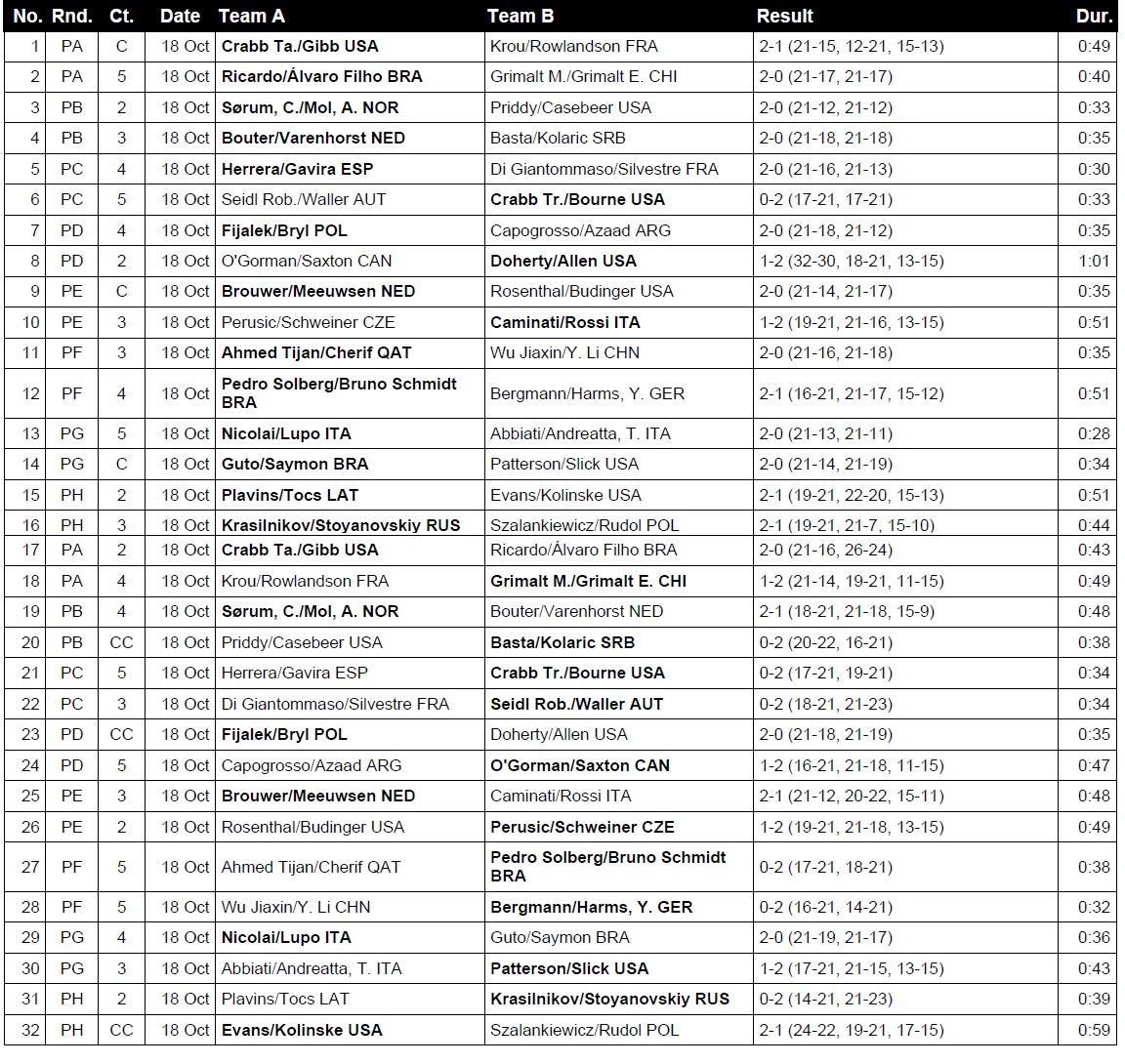 The 21-year-old Mol and the 22-year-old Sørum have been on the road for over a month now as they competed in the King of the Court series and also in the first tournament of the p1440 series, in San Jose, California.
The young Norwegians used their prolonged stay in the United States to visit some spots in the country, including the Yosemite Park and Los Angeles.
“It was important because you need to get our mind off volleyball at some point,” Mol added. “It was a long season and we always try to see new things when we’re traveling. It’s as if exploring the world was also part of our job.”
If the Norwegians are trying to keep up with their good form, Viacheslav Krasilnikov and Oleg Stoyanovskiy are looking forward to start their own. Playing together for just the second time, the Russians, who finished second in Yangzhou last week, also posted a pair of wins to advance to the Round of 16 in Las Vegas.
The Europeans had some early struggles, but bounced back to take Polish  Maciej Rudol and Jakub Szalankiewicz down in three sets (19-21, 21-7, 15-10). Later, they clinched the top spot in Pool H with a straight-set (21-14, 23-21) victory over Latvia’s Martins Plavins and Edgars Tocs.
“This tournament is very important for us regarding the Olympic rankings and it’s great that we started with good victories against tough teams,” Stoyanovskiy explained. “We’re still a new team and we are still finding our rhythm. Our first tournament in China was incredible and I hope we can keep playing well here.” 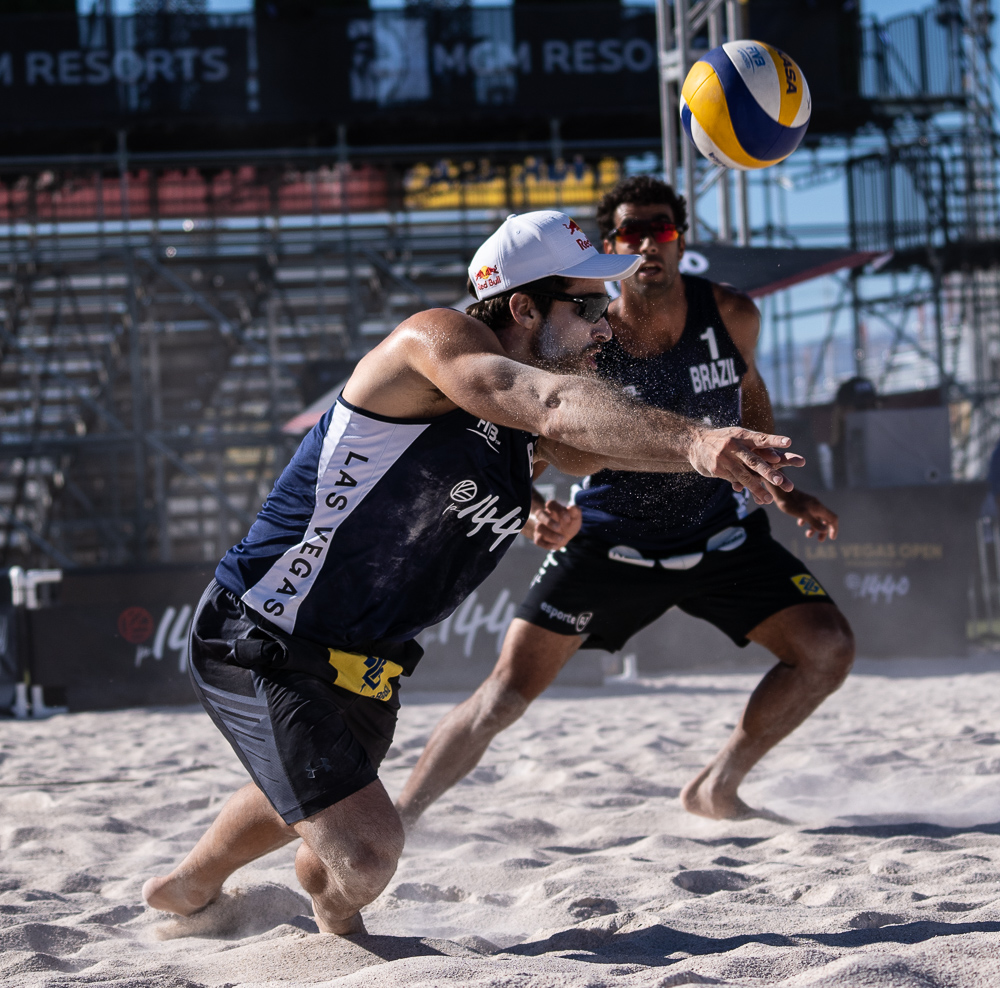