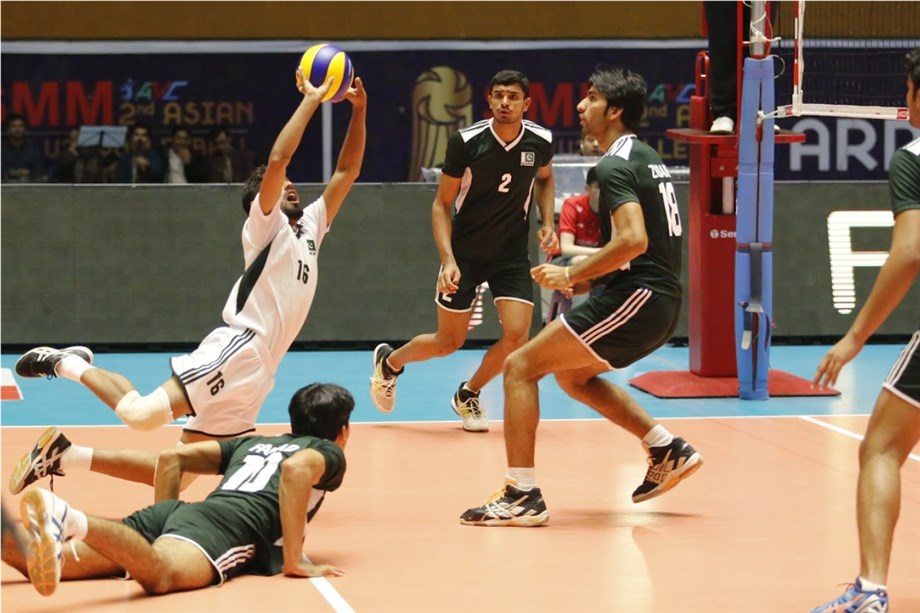 Ardabil, Iran, May 1, 2017 – Iran, led by ace spiker Amin Esmaeilnejad, who scored a match-high 17 points, pulled off a stunning straight-set 3-0 (25-12, 29-27, 28-26) victory over Pakistan in their Pool A clash on day one of the SMM 2nd Asian Men’s U23 Volleyball Championship on Monday. The match took place at a packed Rezazadeh hall, in front of over 8000 fans. It was the fourth on day one of a competition which will run from May 1 to 9 in the Iranian city of Ardabil and qualify two teams for the FIVB Volleyball Men's U23 World Championship in Egypt from August 18 to 25.

Before the match, performers sang for the many foreign guests and a full house of spectators for the opening day of the tournament. A ceremony was also held in remembrance of coach Hossein Madani, who hailed from Ardabil and helped to develop volleyball's popularity in Iran.

Iran took a comfortable opening set 25-12, but Pakistan came back much stronger in the second set when they fought back bravely to tie at 17-17 and again 24-24. Iran called a timeout when they were trailing 24-25. The set was hotly contested and Pakistan performed well to lead again at 26-25. The Iranian fans continued to support their team, however, and Iran eventually finished the close second set 29-27. Breathtaking play was repeated in the third set with Iran finishing up at 28-26.

Amin Esmaeilnejad of Iran, the top scorer of the match, said: “We practised a lot, longing for such a win to make people happy. The first match was tough but we could get over it.”

Iran’s head coach Cichello said he was impressed by the level of play at the tournament and expressed his gratitude to the Iranian fans for their support. He expressed his intention to “try and earn the result.”