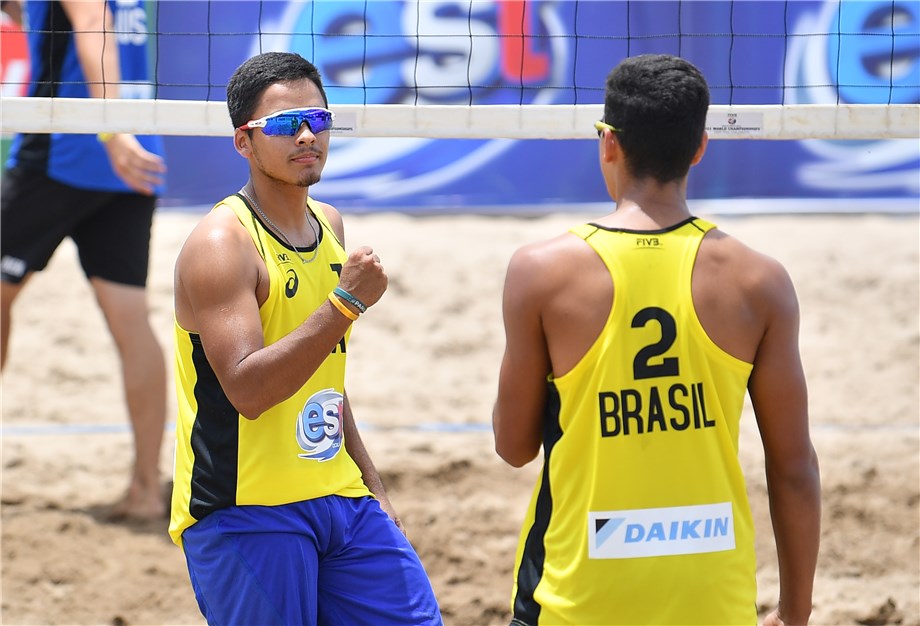 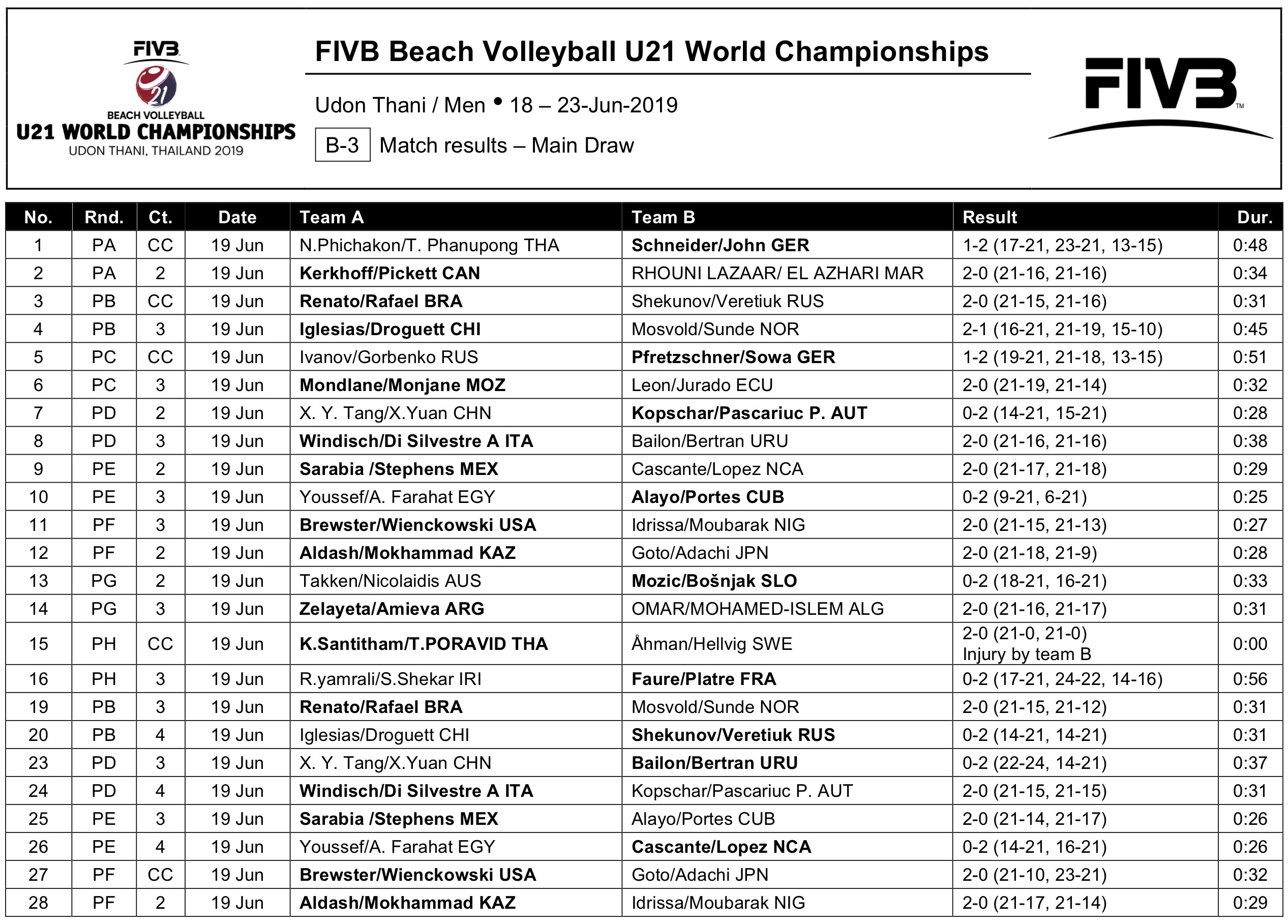 The second-seeded Brazilian pair started with a 2-0 (21-15, 21-16) win over U19 world champions Denis Shekunov and Dmitrii Veretiuk and then completed their day with another straight-set (25-15, 25-12) triumph against Norway’s Karl Jorgen Mosvold and Asmund Lyngve Vingen Sunde.

“We are very happy we won two tough matches,” Rafael said. “In was a tough match against Russia because they were very good but we were focused to win and thank God we did. We just played calm and focused in the next match against Norway.”

“We trained hard and played very well in this match,” Renato added. “We are happy to be here in Udon Thani and excited to play in this competition.”

Other double match winners were from Italy in Pool D, Mexico in Pool E and Kazakhstan in Pool F.

Thailand’s had an easy win as Youth Olympic Games gold medallists David Ahman and Jonathan Hellvig forfeited their match due to an injury.

The pool play matches will continue on Thursday, June 20.