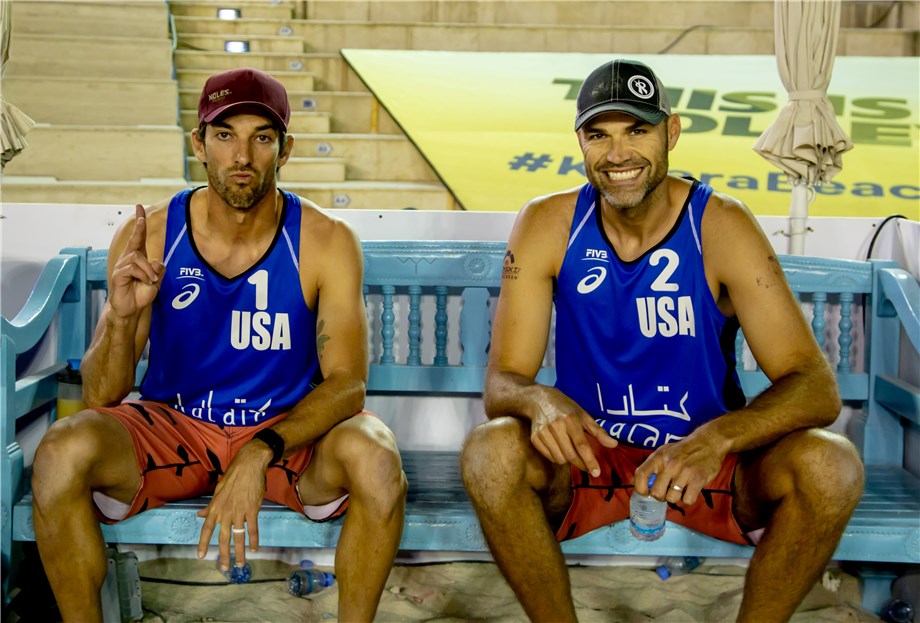 Lucena (left) and Dalhausser are into the Doha 4-Star final

Doha, Qatar, March 15, 2019 – Phil Dalhausser and Nick Lucena reached their first FIVB Beach Volleyball World Tour gold medal match in over a year when they defeated Pablo Herrera and Adrian Gavira at the Doha 4-Star Katara Cup on Friday.
The Katara Beach Cup is the fifth time that Qatar has hosted a World Tour tournament. It began on March 12 and finishes on March 16 at the Katara Cultural Village.
Quick links - Beach volleyball:
FIVB Beach Volleyball World Tour - Doha
FIVB.com - Beach volleyball
Facebook
Twitter
Instagram
The USA duo beat the Spaniards 2-0 (21-19, 21-11), but it may not have happened if Beijing 2008 Olympic champion Dalhausser hadn’t decided to reverse his decision to retire following the end of the 2017-18 season.
“I did some soul searching this off-season and I was so close to retiring, so close,” Dalhausser said. “But something sparked into me and totally switched my mind-set and I feel like I have a new life in beach volleyball. The goal is gold in Tokyo (2020 Olympic Games), that’s the long-term goal, obviously the goal here is gold.”
Dalhausser and Lucena, both 39 last played on the World Tour when they reached the second knockout round at the Vienna 5-Star in August 2018.
The long rest appears to have rejuvenated them and they have dropped only one set in four matches in Doha. They are now on course to win their first World Tour medals since they won gold at the Fort Lauderdale 5-Star in Mach 2018.
“It felt great obviously because we won,” Dalhausser said. “I felt like I was blocking well and anything that got by me Nick was touching and putting good shots back into the court. It felt like we were on cruise control so I hope that we can carry this momentum into tomorrow.”
Dalhausser and Lucena will face Esteban and Marco Grimalt in the gold medal match. The Chilean cousins had to fight back after losing the first set and beat Poland’s Grzegorz Fijalek and Michal Bryl 2-1 (18-21, 21-14, 15-12).
It means they are in their second World Tour gold medal match in two weeks and their first in a 4-Star tournament. Last Sunday they won gold at the Sydney 3-Star.
“It is incredible, we are so proud and so happy to make another final and this time in a 4-Star against the best team in the world,” Esteban Grimalt said. “They are a wonderful team. When we started to play beach volleyball they were our idols so it is very important that we are playing against them in a World Tour final.
“It has been a long two weeks and hopefully we will save the best for tomorrow.” 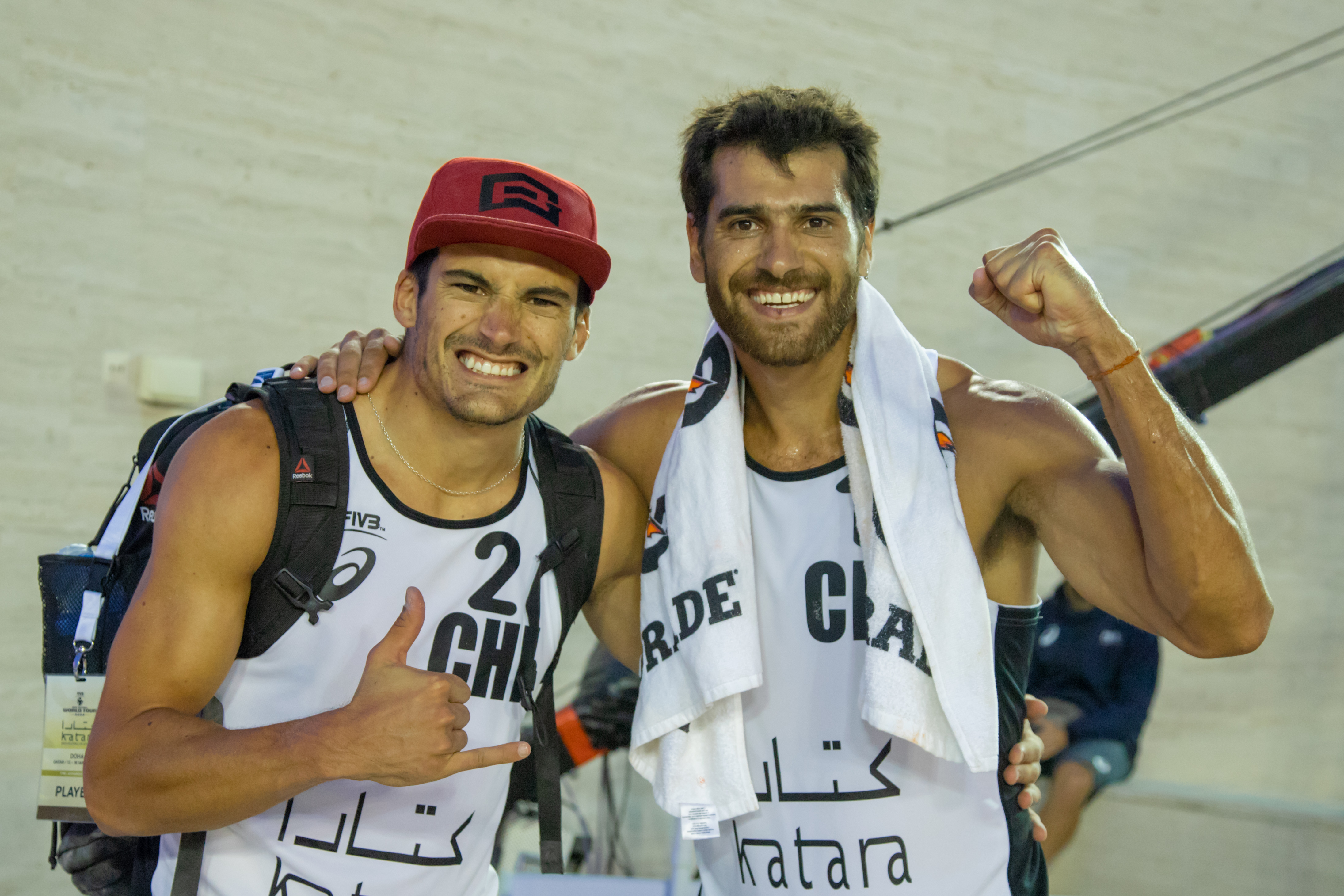