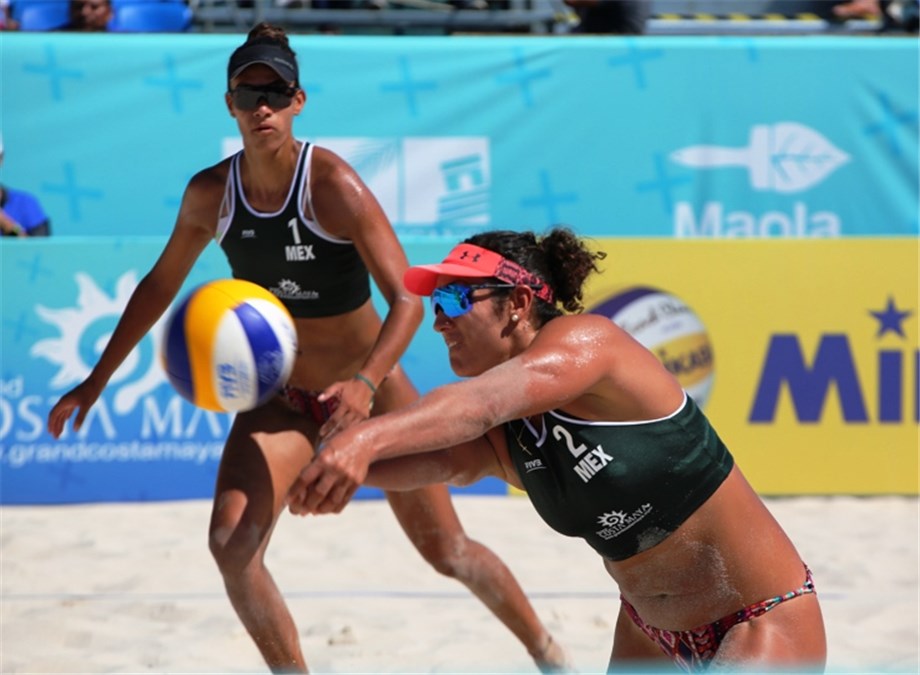 Chetumal, Mexico, October 26, 2018 – The Chetumal Open has introduced several faces of the new generation of Mexican beach volleyball to the international scene. The host country had as many as four tandems competing in the World Tour three-star event and six of its eight athletes were making their international debuts on home soil.
Isis Camacho, 19, and Alejandro Villavicencio, 19, who played in the qualifier, Atenas Gutierrez, 18, Karla Valdez, 16, Silvia Hendrick, 19, and Estefania Ibarra, 19, were among the youngest players in the event.
Martha Revuelta, however, was the clear exception. The 32-year-old defender started her international career in 2005 and has represented her country in more than 70 events since. And looking back to her past, she was one of the most excited about the first steps of her compatriots.
“I love that the young teams were given the opportunity to play in this event,” the defender said. “Like them, I started at a very young age and I remember that when I first played internationally, in Acapulco in 2005, it was huge. I hope in a few years some of them can become the number one team in the country. Gutierrez and Valdez, who just played in the Youth Olympics, won one of their matches and that allowed them to stay at least one day longer in the tournament, which is great.” 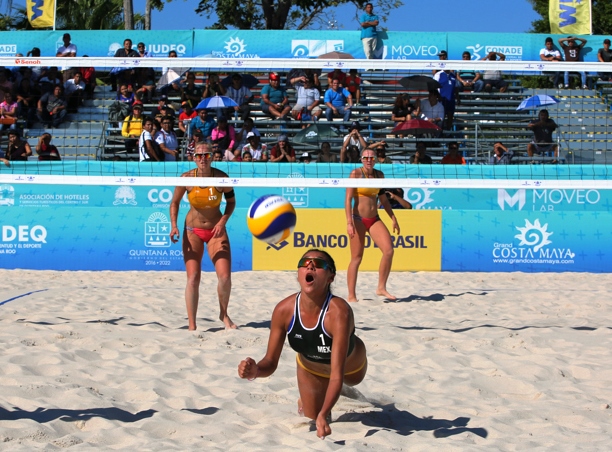 Atenas Gutierrez and Karla Valdez won one of their pool matches in Chetumal
To Revuelta, the ability to play in elite tournaments is a much-needed step to propel the development of the young Mexican athletes. Her compatriots get the opportunity to compete for part of the year with the National Tour, but being in the World Tour is an unparalleled opportunity for development according to the veteran.
“We have a national tour and there was also a qualification event for this tournament,” she added. “And that was great because it allowed them to play the other teams and understand that the international level is different and that if they want to go this way, they need to make some steps forward.”
Revuelta, who was contemporary with some of Mexico's greatest players, such as Hilda Gaxiola, Mayra Garcia and her former partner Bibiana Candelas, is positive that the new generation has the tools to keep the country well-represented on the international scene in years to come.
“Mexico is a very large country and the athletes are all spread out, so I don’t get many chances to practice with them,” she explained. “I just returned to the sport last January, so I’m still getting to know all these young players better, but it’s obvious to me that there’s a lot of talent there. And a big difference is that unlike in the past, all of them have already started playing at the beach and not indoors, which is great.”
Quick links - Beach volleyball:FIVB Beach Volleyball World Tour - LjubljanaFIVB.com - Beach volleyballLatest VideosFacebookTwitterInstagram