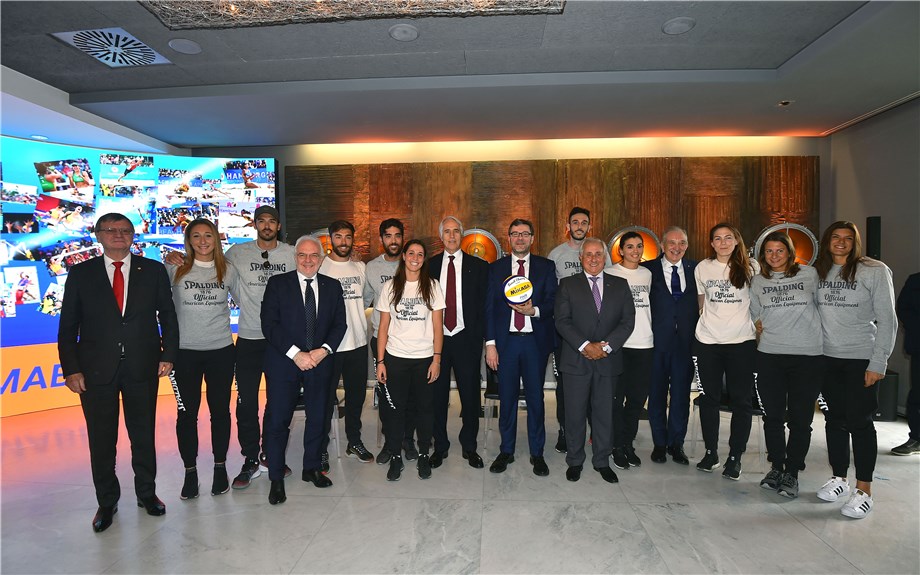 FIVB President Dr. Ary S. Graça F° together with other participants at today's Press Conference in Rome where the Italian capital was announced as host of the 2021 FIVB Beach Volleyball World Championships.

The joint venture between the three entities represents an innovative pilot model for organising beach volleyball events. The aim is to continue the success of beach volleyball after the Olympic Games and establish an elite event series that is built around the players. 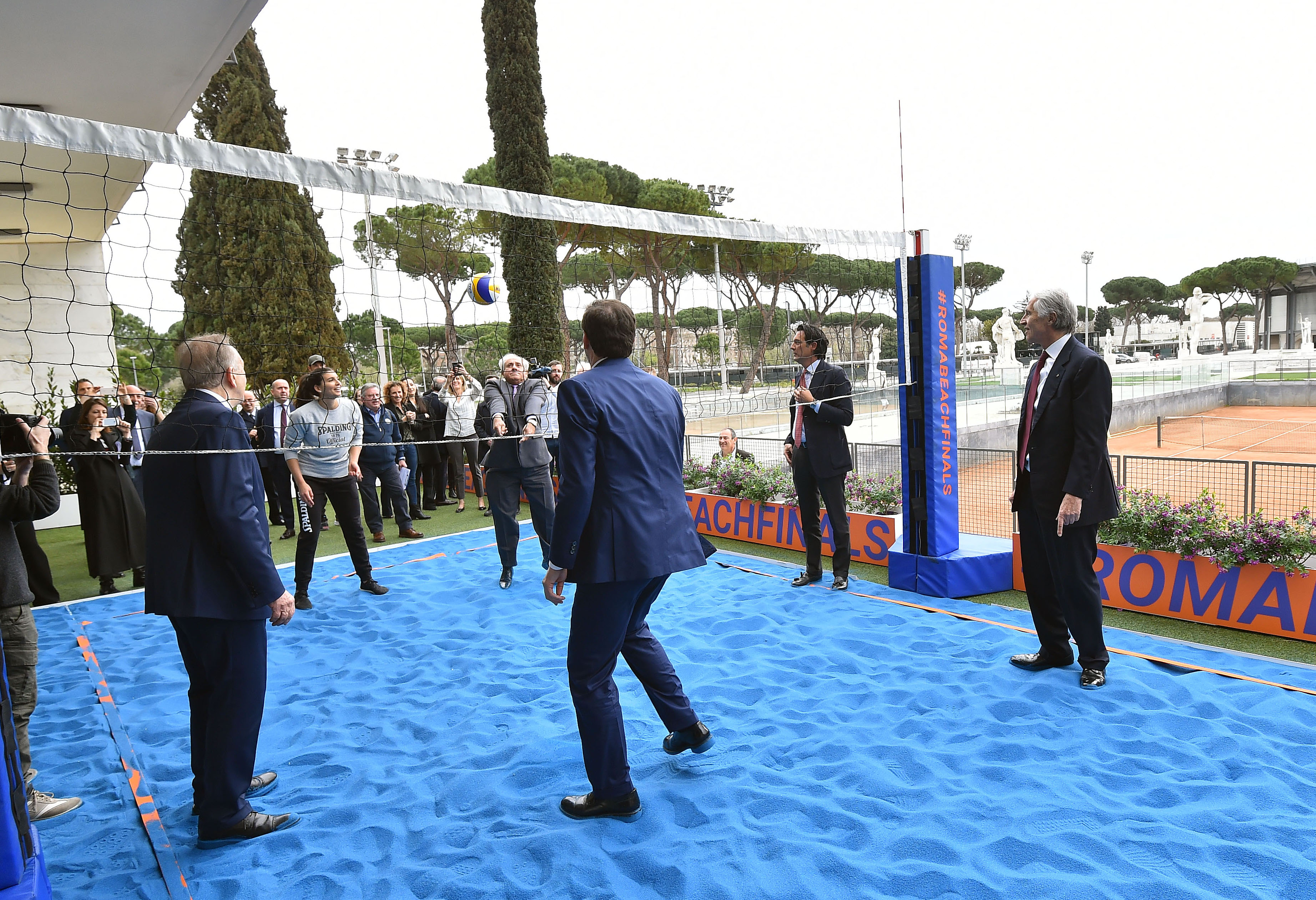 The FIVB President, alongside Italian officials and some of the national team players, enjoyed playing beach volleyball on the court outside the press conference venue.

"We are delighted to be joined by FIPAV and CONI in our efforts to bring high-profile beach volleyball events to Italy, a nation with a proud sporting history. With this venture, we are testing a new management model where the sports governing bodies partner up to deliver outstanding events for its country’s athletes and fans. Italy is dedicated to hosting key FIVB events annually, including the FIVB World Tour Finals this year and the 2021 FIVB World Championships, both of which will take place in the famous Foro Italico venue".

Rome has already proved its beach volleyball hosting credentials, including in 2011 when the city welcomed the FIVB Beach Volleyball World Championships for the first time. Centre court was filled to its 10,000 capacity to witness Brazil reign supreme as Emanuel Rego/Alison Cerutti and Juliana Felisberta/Larissa França championed in the men’s and women’s competitions respectively.

With a total prize purse of $600,000 and a main draw of 32 teams per gender, as well as points counting towards qualification for the Tokyo 2020 Olympic Games, the FIVB World Tour Finals in Rome (4-8 September) will gather the world’s best teams for what promises to be one of the most exciting highlights of the year. The Italian capital will provide fans with a true festival of beach volleyball, just over a year after the city witnessed the spectacular opening match of the 2018 FIVB Volleyball Men’s World Championship.

Undersecretary of State to the Presidency of the Council of Ministers, Mr. Giancarlo Giorgetti, said: "I am convinced that the tournament will attract a large number of spectators. In the summer there are so many people who practice beach volleyball, and a show like that at the Foro Italico will help to further increase the whole sports movement. I will be present at the event, and as a beach volleyball fan myself I will never fail to support the growth of the sport."

CONI President, Mr. Giovanni Malagò, said: "Not only will we see a great show, but we will create new fans there, and frankly I am really very proud. Volleyball has led the way in taking its sport to the beach, it has created opportunities for other disciplines that until a few years ago were unthinkable to be practiced on the sand. I am very proud of beach volleyball".

"As President of the Italian Volleyball Federation, I am very happy and satisfied that high level beach volleyball is coming back to Italy after several years. It will be a prestigious tournament with all the best teams in the world; an important step in the long race to qualification for the Olympic Games. I am proud that FIPAV is part of an innovative formula that sees us working with the FIVB and CONI to organise this event. The Italian Volleyball Federation strongly believes in beach volleyball and we have been intensively hosting and promoting the events in our country. Talking about 2019, for example, we will have a busy calendar of beach volleyball events; the Italian Championship, the two 1-star World Tour events in Alba Adriatica and Cesenatico and, finally, in the magnificent setting of Foro Italico, the prestigious Finals of the FIVB World Tour, an event considered one of the most fascinating in the world. We are all looking forward to hosting it here in Rome."

The 2019 FIVB World Tour Finals in Rome will also embrace the Good Net Project, a sustainability initiative developed by the FIVB in partnership with Ghost Fishing to recover discarded fishing nets from the world’s oceans. Many of the nets will be recycled into volleyball nets for local community use around the world, raising awareness of plastic pollution and highlighting the important role sport can play to protect its natural sports arenas.