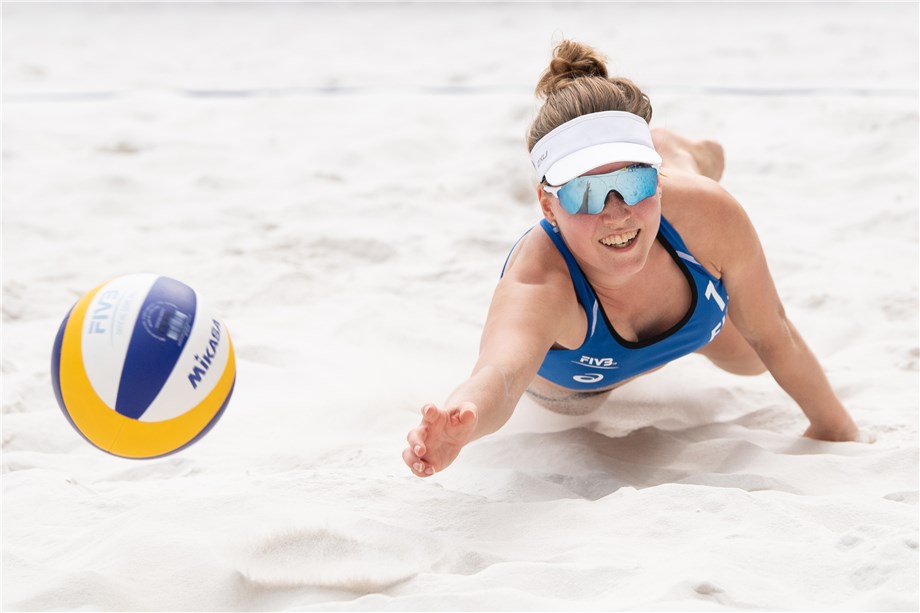 Anniina Parkkinen of Finland focuses on the ball at the FIVB World Tour Finals on Wednesday in Rome, but is thinking ahead to competing from September 18-22 at the Tokyo Beach Volleyball Qualification Tournament with Taru Lahti in Haiyang

Rome, Italy, September 4, 2019 - While five men's and three women's pairs from eight countries are more concerned here Wednesday about qualifying for the main draw at this week's FIVB World Tour Finals, each pair is also looking ahead to their next Olympic qualification event together.
Quick links - Beach volleyball:
FIVB Beach Volleyball World Tour Finals - Rome
Tokyo Beach Volleyball Qualification - Haiyang
Facebook
Twitter
Instagram
This week’s US$600,000 FIVB World Tour Finals is the last regular-season event on the 2018-2019 international beach volleyball calendar that started 374 days ago in Hungary. Wednesday’s qualifier will advance eight men and eight women’s pairs to Thursday's opening main draw pool play rounds at the Foro Italico.
In two weeks, the event to satisfy the second of five pathways to the Tokyo 2020 Olympic Games will be held from September 18-22 in Haiyang, China. In addition to the eight teams in qualifying on Wednesday, Thursday's main draw will feature 10 men's and 11 women's tandems that are scheduled to compete in Haiyang for the FIVB Tokyo Beach Volleyball Qualification Tournament where two quota places per gender are on offer for NOC/NFs at the beach volleyball tournament of the Tokyo 2020 Olympic Games.
Haiyang-bound men's teams in Wednesday's qualifier are Robin Seidl/Philipp Waller of Austria, Sam Pedlow/Sam Schachter of Canada, the Chilean Grimalt cousins (Esteban and Marco Grimalt) Peng Gao/Yang Li of China and Mathias Berntsen/Hendrik Mol of Norway.
Women's pairs competing on Wednesday that have entered the Haiyang Olympic test are Taru Lahti/Anniina Parkkinen of Finland, Japan's Miki Ishii/Megumi Murakami and Russian youngsters Maria Voronina/Mariia Bocharova. While Japan is guaranteed a men's and women's berth in the Tokyo 2020 Summer Games, Ishi and Murakami will be seeking a spot for the host country via either the Haiyang qualifier, the FIVB World Tour or the Asian Continental Cup competition.
“We’re excited to go to China and compete for an Olympic spot,” said the 23-year-old Parkkinen after her team’s 2-0 (21-16, 21-16) opening qualifying win on Wednesday over Chiara They/ Dalila Varrassi of Italy in 32 minutes. “Our plan is to take each match at a time because in one tournament anything can happen. We obviously want to get as many points as we can here in Rome too and there’s also the Continental Cup, so it’s nice to know that we have multiple paths to qualify but we want to remain focused in the present and take one tournament at a time.” 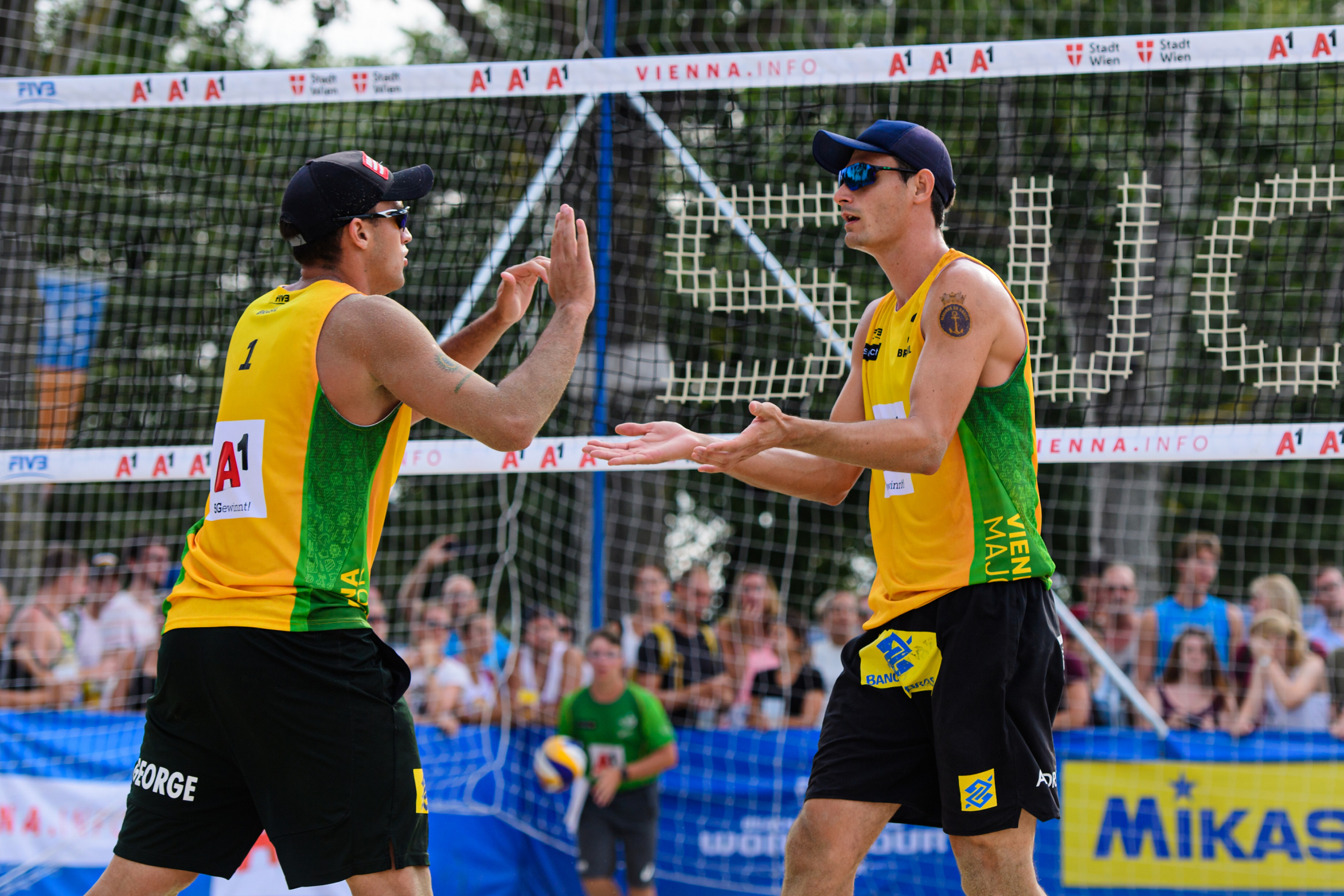