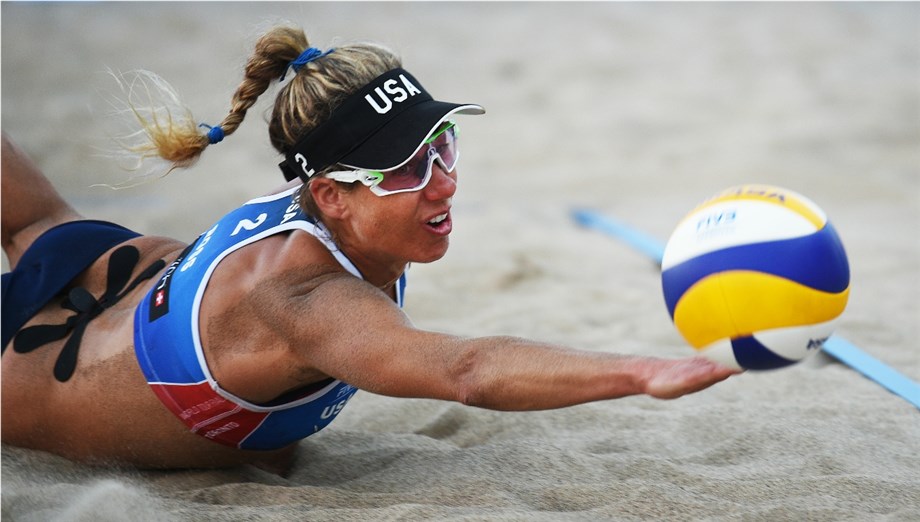 "I'm really honored to be named USA Volleyball's player of the Year again this year, I can't believe it's my sixth time," Ross said. "The past season was definitely the best one of my career and I have to thank Kerri, Marcio (Sicoli), Jon (Daze), and Gustavo (Rocha) for that. I've learned so much from all of them the past four years, I'm very thankful I was given that opportunity. I love the USAV family so it makes this award all the more meaningful, so thanks to them as well!"

"April demonstrated over this quad her emergence as one of the great players of all time in women's beach volleyball," said USA Volleyball CEO Doug Beal. "Playing with a new partner and in a new role, playing under the much more media scrutiny of the new partnership, all are remarkable changes April had to go through.

"April is one of the most talented complete volleyball players that's ever represented the United States. Her career as a collegiate athlete, and what could have easily been an internationally successful career indoors and the change she made to succeed on the beach. The fact that she has won two medals at the Olympic Games is a hall of fame career in and of itself," Beal continued. "April has also given back to the sport in many ways, not the least of which is her involvement on the USA Volleyball Board of Directors. She's passionate about the sport, she's passionate to work with USA Volleyball. She's an icon in my mind, in every sense of the word and very deserving of being recognized as the beach player of the year."