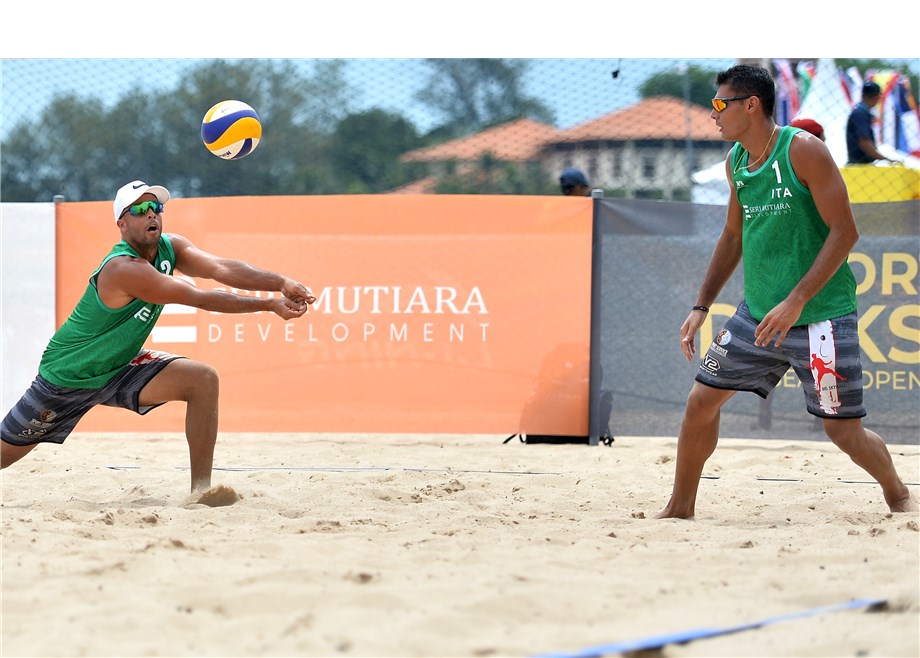 Kuala Lumpur, Malaysia, April 30, 2019 – Italy’s Enrico Rossi and Adrian Carambula are off to a confident start after wrapping up their only match in the qualification round on Tuesday in straight sets at the FIVB Beach Volleyball World Tour Port Dickson Beach Open. 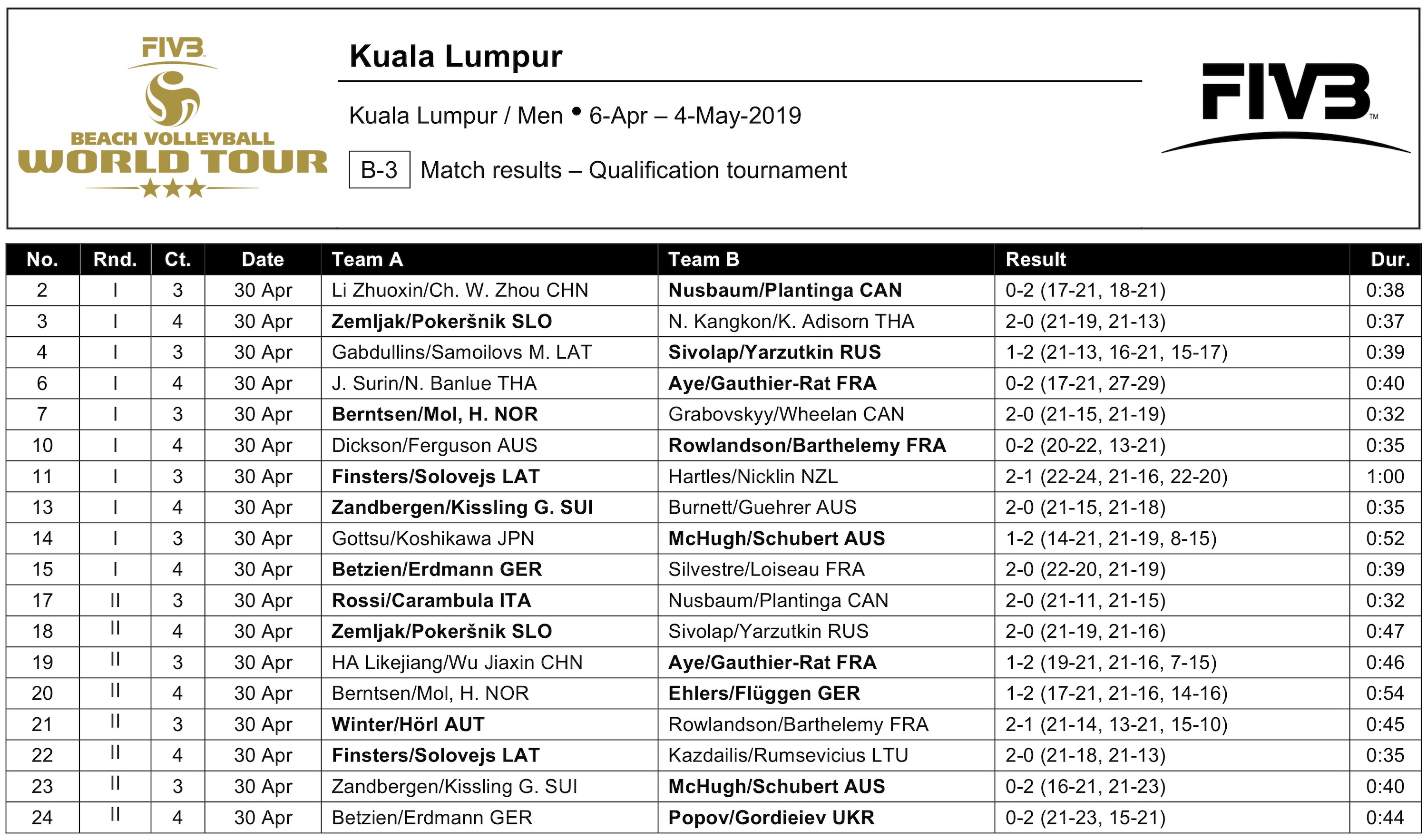 Rossi and Carambula were all business against Canada’s Aaron Nusbaum and Michael Plantinga with a 2-0 (21-11, 21-15) victory to start their Kuala Lumpur 3-star campaign on a high.

The Italian pair came from qualification and succeeded in reaching the podium at the Sydney 3-star last March and the final four at the recently concluded Xiamen 4-star.
“This was an interesting game because we came from a tough battle in Xiamen and we kind of did the same in (Sydney) Australia,” said Carambula on their qualification match at Kuala Lumpur. “It was tough to just have one day to recover and compete again. The qualifiers are always special because if you lose you go home and if you win then you advance. This time we were focused and we recovered faster. I’m glad we played a clean game.

“We worked really hard in the off-season, we prepared well and we were confident. At the end of the day that’s what we’re looking into – to be confident and realise that we can compete with the best. That’s what we’ve done so far. It’s just the beginning so we have to stay focused.

“I am having an excellent partnership with Rossi. We’ve had no discussions or arguments in the last four months and we try to communicate and respect each other. I think it’s part of the leadership that our coach Marco Solustri brings to the table. So far it’s been good and we want to keep it that way.”

Meanwhile, Australian pair Chris McHugh and Zachery Schubert showed top form to avoid a European sweep of the eliminations with their 2-0 (21-16, 23-21) triumph against Switzerland’s Michel Zandbergen and Gabriel Kissling. In the first round, they beat Japan’s Yusuke Ishijima and Yu Koshikawa 2-1 (21-14, 19-21, 15-8).