Moscow, Russia, February 15, 2020 – Two opposites of the Russian national team engaged in a fierce scoring race as they came face to face in an all-Dinamo clash in the Russian Superliga on Friday, each reaching at least the 30-point mark in a roller-coaster five-set battle.

Moscow, Russia, February 15, 2020 – Two opposites of the Russian national team engaged in a fierce scoring race as they came face to face in an all-Dinamo clash in the Russian Superliga on Friday, each reaching at least the 30-point mark in a roller-coaster five-set battle.
One of the big stars of Sbornaya, Nataliya Goncharova, hammered out as many as 33 points (four stuff blocks, one ace, 40% success rate in attack) for her club team Dinamo Moscow and became the top scorer of the match at Dinamo Krasnodar in the 15th leg of the regular season. 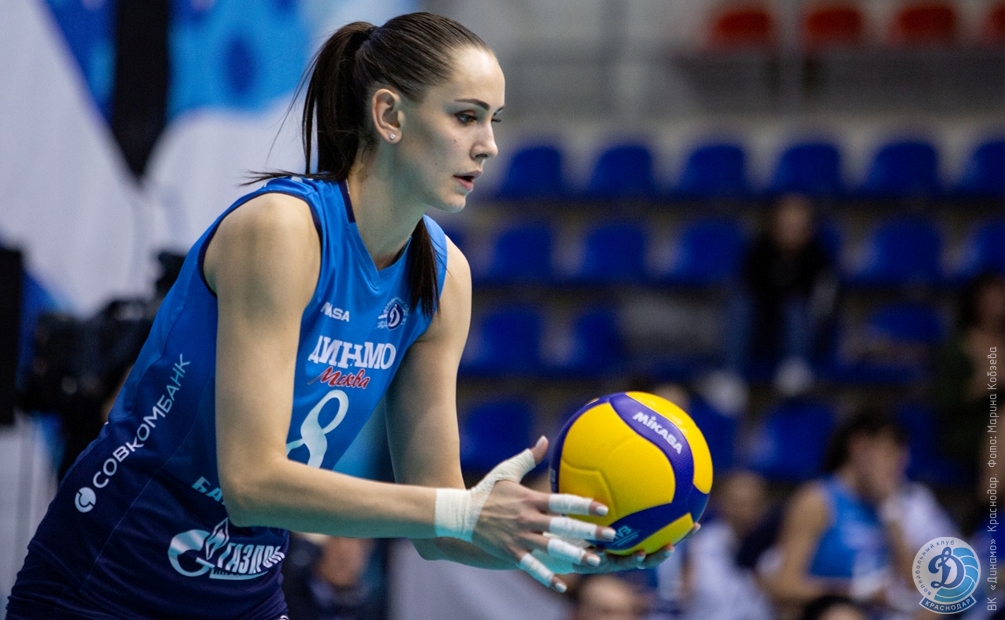 Dinamo Moscow’s Nataliya Goncharova ready to serve against Dinamo Krasnodar (Photo: Marina Kobzeva, dinamokrasnodar.ru)
However, this remarkable individual achievement proved insufficient for the team victory as the hosts from Krasnodar emerged victorious with a 3-2 (25-21, 15-25, 19-25, 25-20, 16-14) win after a dramatic tie-breaker, with Mariia Khaletskaia hitting the last three points for the winners. On the wings of Khaletskaia’s match total of 30 points (two blocks, one ace, 44% in attack), Dinamo Krasnodar defeated their namesake from Moscow for the first time in over five years.
This was Dinamo Krasnodar’s sixth win since the start of the championship and an important step towards the spots in the quarterfinal playoffs with just one leg to go before the end of the regular season. Dinamo Moscow’s defeat, their sixth in this Superliga season, puts at risk their place among the top four and hence the possible golden set home-court advantage in the first playoff round.
Both Goncharova and Khaletskaia are currently among the top scorers of the 2020 Russian Superliga. Goncharova ranks fifth on a total of 253 points, while Khaletskaia comes in seventh on 245. 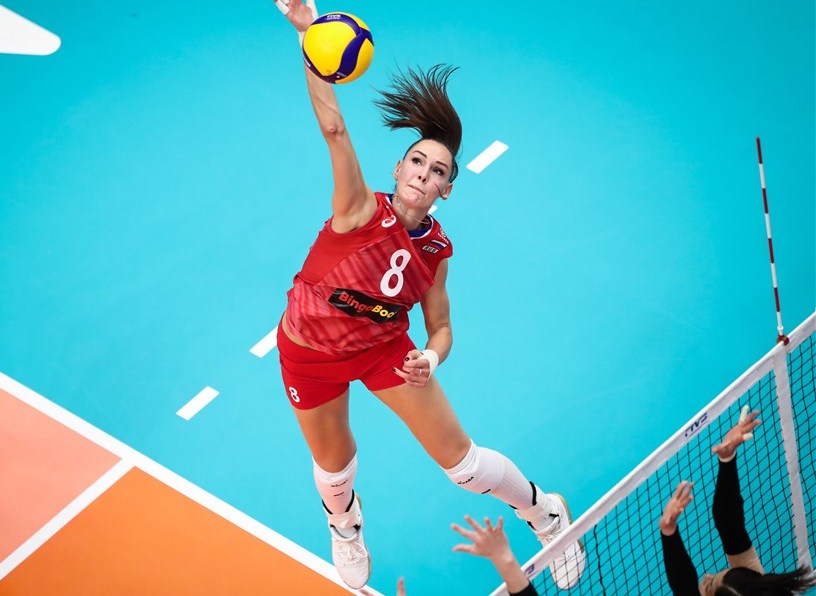 Nataliya Goncharova spikes for Russia against hosts Japan at the 2019 World Cup
Each towering above 1.95 m, Nataliya Goncharova and Mariia Khaletskaia are teammates on the Russian national squad. 30-year-old Gonacharova is a well-seasoned member and currently the main opposite of Sbornaya. The 2010 world champion and two-time European champion was named Best Opposite of the 2015 World Cup and Best Opposite of the 2015 FIVB World Grand Prix. Most recently, she became the best scorer of the 2019 FIVB World Cup in Japan and the most efficient spiker of the intercontinental Olympic qualification tournament last August in Kaliningrad.
In the 2019 VNL, Khaletskaia made her national team debut at the age of 24. She was on the Russian squad at all of the remaining tournaments in 2019 and gave her contribution towards earning the Tokyo 2020 ticket and the World Cup bronze. 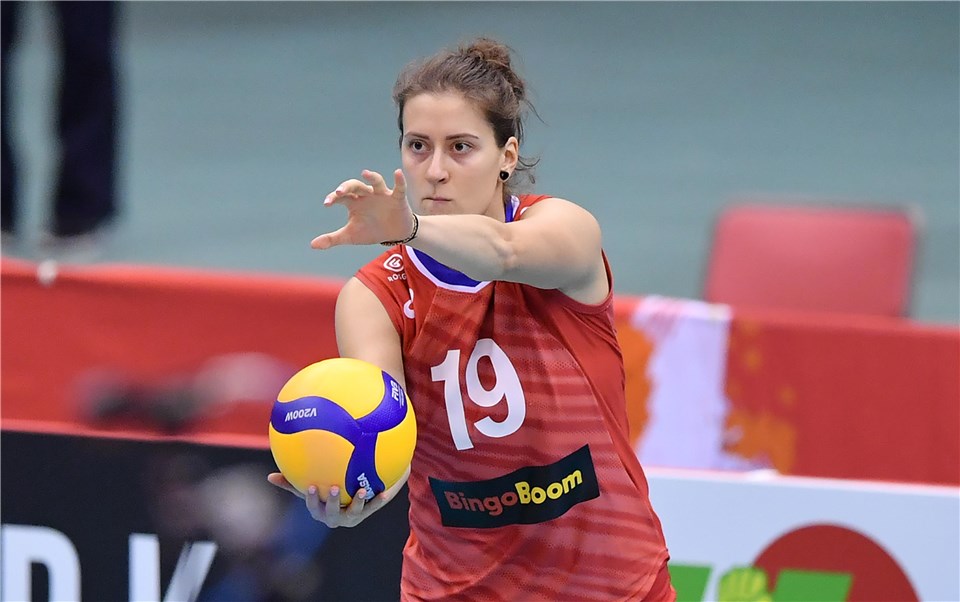