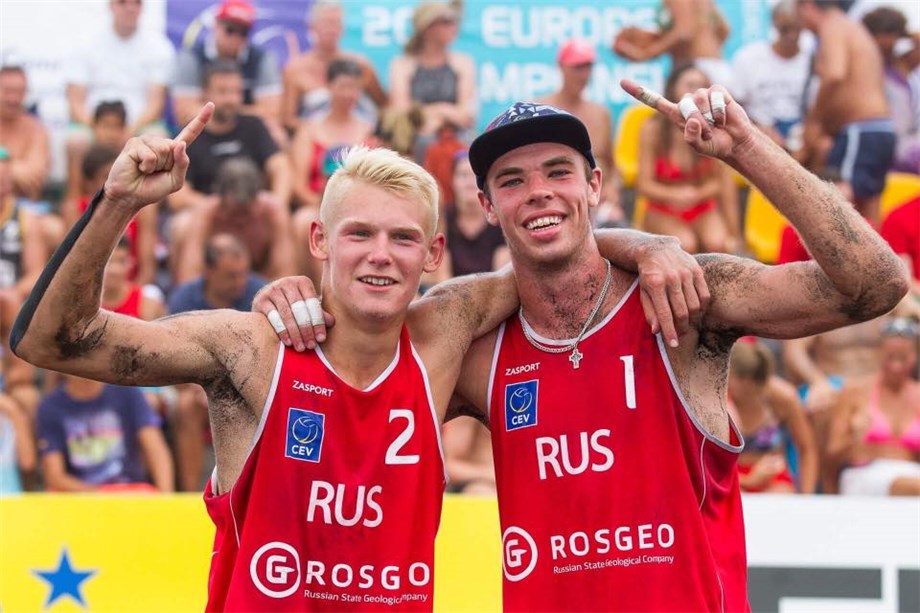 Lausanne, Switzerland, March 6, 2019 – Two Russian teams will be out to win their first FIVB Beach Volleyball World Tour medals in tandem when the World Tour treads new ground with a first men’s tournament in Cambodia at the Kg Speu 1-Star.
The Kg Speu 1-Star runs from March 7-10 and is one of two 1-Star tournaments organised by Cambodia during the 2018-19 FIVB Beach Volleyball World Tour, and one of 20 1-Star tournaments throughout the year.
Quick links - Beach volleyball:
FIVB Beach Volleyball World Tour - Kg SpeuFIVB.com - Beach volleyballFacebookTwitterInstagram
Russia’s Maxim Sivolap and Artem Yarzutkin are first seeds and are chasing their first medal since they teamed up at the start of 2018.
They are likely to be pushed hard by compatriots and fourth seeds Sergey Gorbenko and Vasilii Ivanov, who won the 2017 CEV U20 European Championships and who continue to progress through the World Tour despite both being 19.
Second seeds Yu Koshikawa and Junki Hatabe are also aiming for their first World Tour medals, but go into the tournament in confident mood having won five national tour medals in the last 12 months.
Hosts Cambodia have two teams in the draw. Khlork Sim and Samith Sam are seeded 15th, and Phoun Borey and Sea Kosal are seeded 16th.