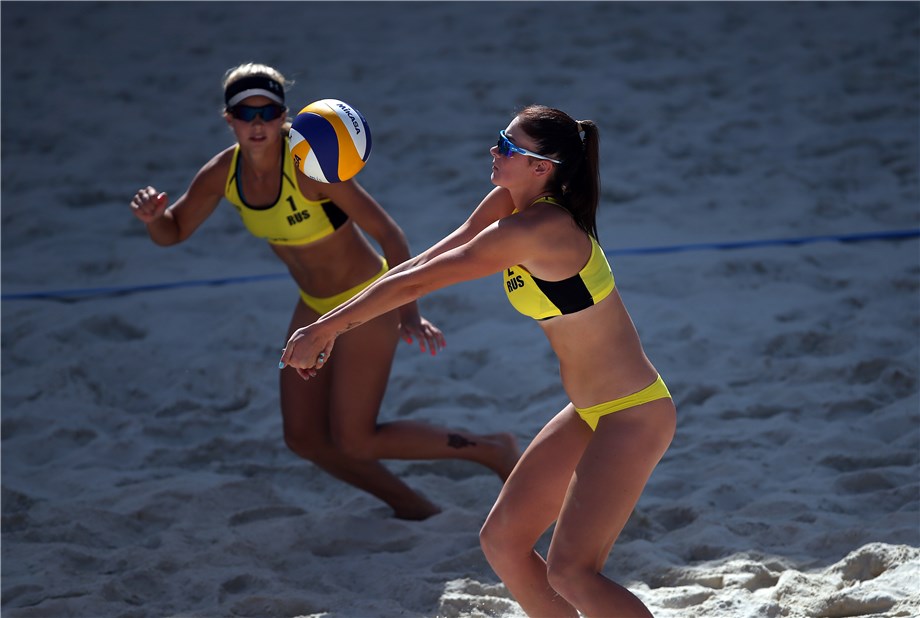 Bocharova (left) and Voronina are top seeds in Aydin

Aydin, Turkey, May 15, 2019 – Russia’s Mariia Bocharova and Maria Voronina, and the Netherlands Jasper Bouter and Ruben Penninga will be seeded first for the FIVB Beach Volleyball World Tour Aydin Masters 2-Star double gender tournament that runs from May 16-19.
Bocharova, 17, Voronina, 19 are continuing to break through into the World Tour after they impressed in age-group tournaments in 2018. They won gold at the Nanjing 2018 FIVB Beach Volleyball U21 World Championships and the Buenos Aires 2018 Youth Olympic Games.
Quick links - Beach volleyball:
FIVB Beach Volleyball World Tour - Aydin
FIVB.com - Beach volleyball
Facebook
Twitter
Instagram
Japan’s Sayaka Mizoe and Suzuka Hashimoto are seeded two, with Switzerland’s Laura Caluori and Dunja Gerson ranked third.
Bouter and Penninga in competing in their third tournament since they teamed up at the start of 2019. They enjoyed a ninth place finish at The Hague 4-Star in January and a 17th-place finish at the Kuala Lumpur 3-Star earlier in May.
Behind them in the seedings are Poland’s Maciej Rudol and Jakub Szalankiewicz and Finland’s Jyrki Nurminen and Santeri Siren.
The tournament will take place in Ataturk City Square in the centre of Aydin and it is the second year the city has hosted a 2-Star event. In 2018 Cuba’s Mailen Deliz and Leila Martinez won women’s gold, while Serbia’s Stefan Basta and Lazar Kolaric topped the men’s podium. 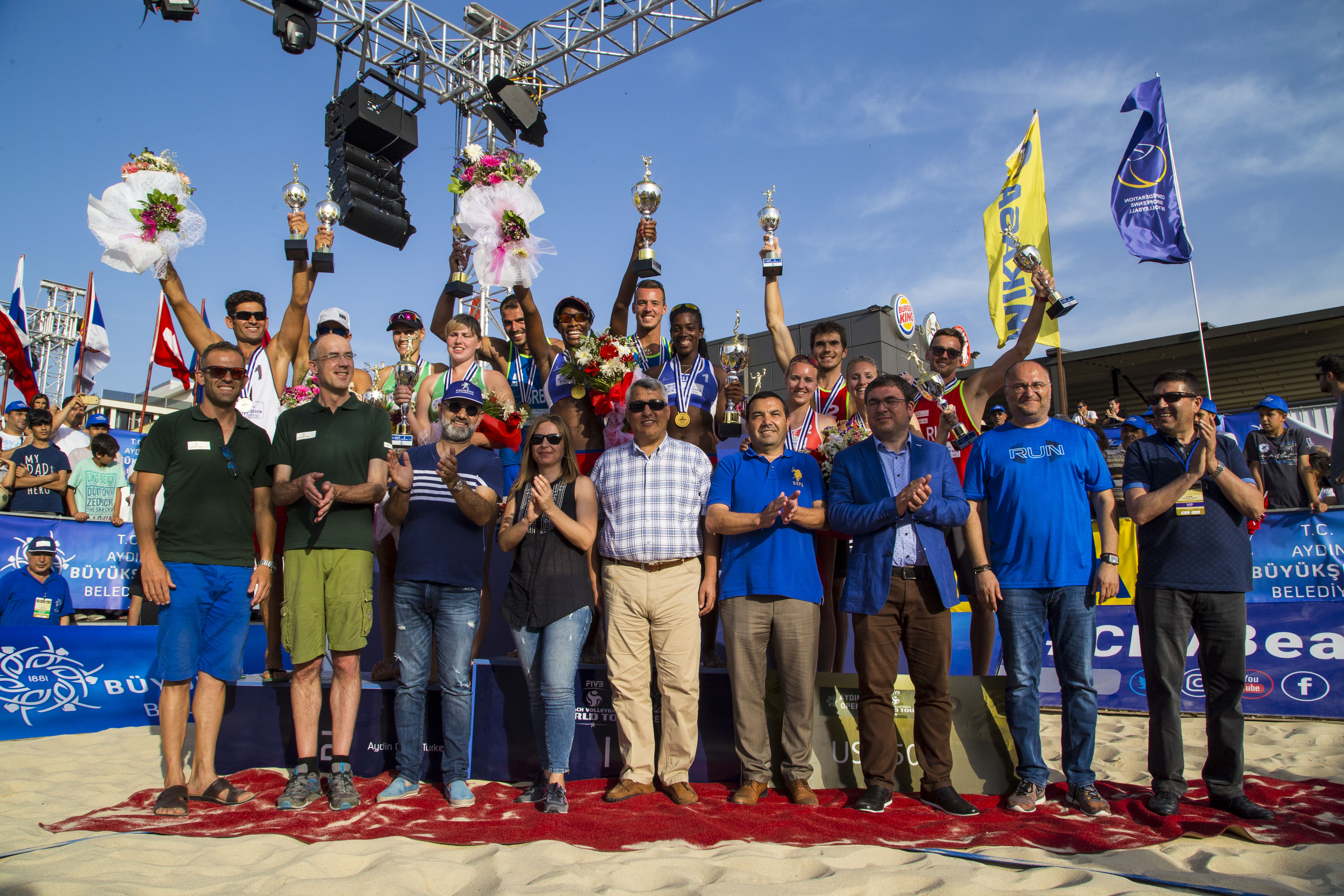