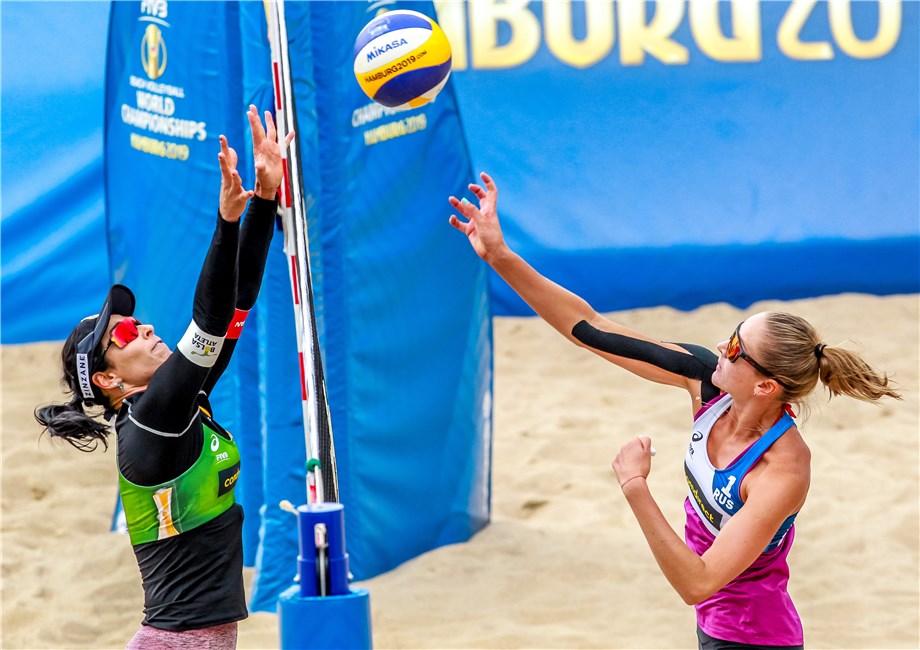 Hamburg, Germany, July 4, 2019 - After losing Monday to the 54th-ranked team on the FIVB World Tour, No. 15 Svetlana Kholomina and Nadezda Makroguzova of Russia have come back with two victories over the No. 1 and No. 8 pairs on the international women's beach volleyball circuit to advance to the quarterfinals of the 2019 FIVB World Championships.
Quick links - Beach volleyball:
FIVB Beach Volleyball World Championships Hamburg 2019
FIVB.com - Beach volleyball
Facebook
Twitter
Instagram
Seeded 14th in the competition at Am Rothenbaum Stadium, Kholomina and Makroguzova started the week with a three-set setback to 38th-seeded Ana Gallay/Fernanda Pereyra of Argentina before advancing to the elimination rounds with a two-set Pool K-clinching victory Tuesday over 11th-seeded Sara Hughes/Summer Ross of the United States, the No. 8 tandem in the world.
With Wednesday off to prepare for No. 1-ranked team of Agatha Bednarczuk/Eduarda "Duda" Lisboa, the Russians secured a 2-1 (22-20, 18-21, 22-20) elimination victory over the sixth-seeded Brazilians in 51 minutes.
It was the third meeting between the two teams on the FIVB World Tour as Agatha and Duda posted a pair of wins over the Russians in 2018 at events in the United States and Switzerland. The Brazilians had reached Thursday's schedule with a 4-0 record in the World Championships without losing a set.
“It was a big and important win for us,” said the 22-year old Makroguzova. “We’re happy to the moon and back. It took us a lot of control to come out on top in the third set, both in controlling our actions and our emotions. They had a match point when Duda had a great serve, but we remained calm and just focused on the next play.”
Agatha said: “We lost the game in the first set, when we made too many mistakes and couldn’t find out rhythm. In the third set both teams were in the game and we were back and forth with them and it could have gone either way. But they played very well and even if we tried to do all best, we couldn’t.”
With their win, the 21-year old Kholomina and Makroguzova play seventh-seeded Mariafe Artacho/Taliqua Clancy of Australia in one of four women's quarterfinal matches on Friday along with pairs from Canada, Italy and the United States. 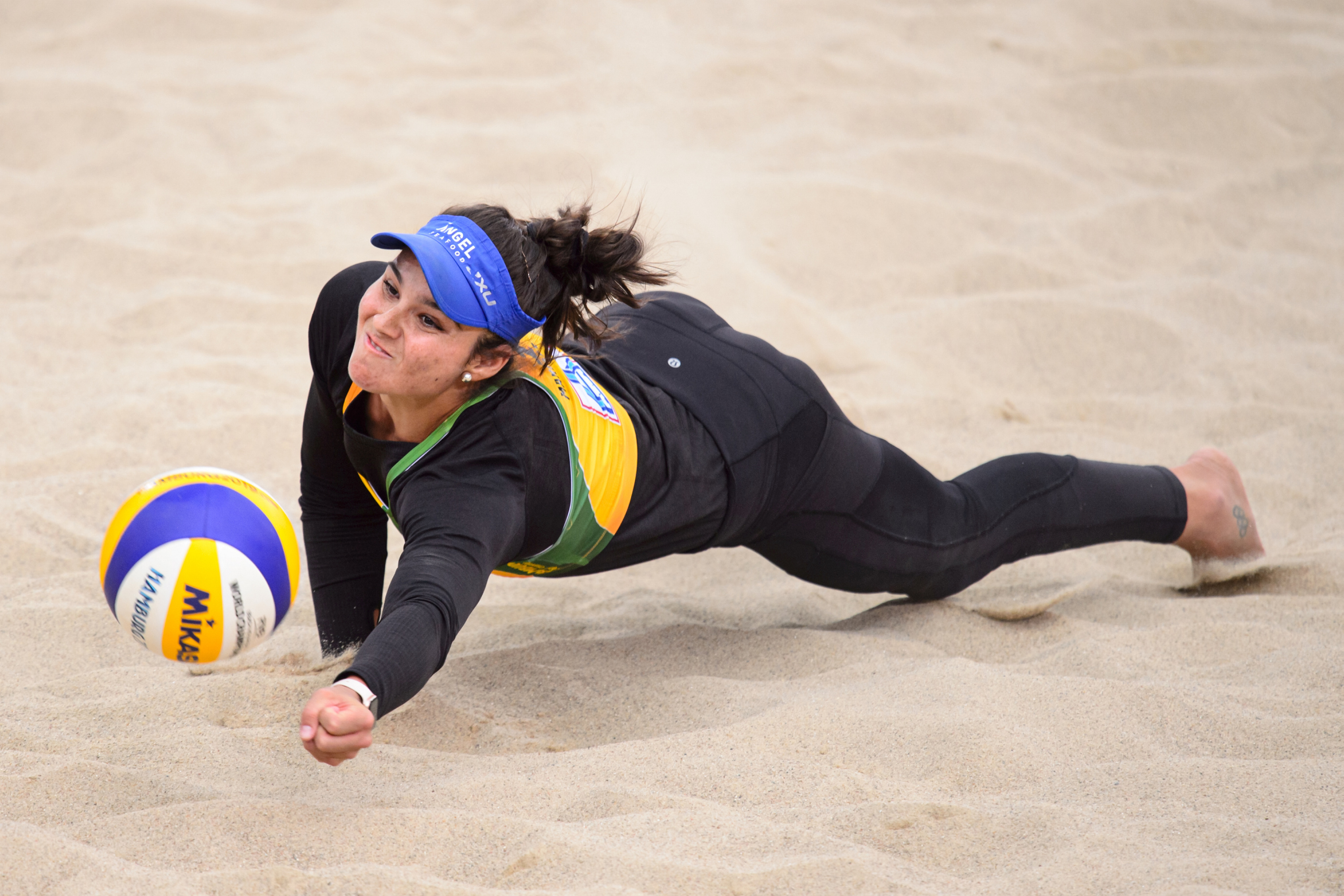 Reaching for Mikasa is Mariafe Artacho of Australia.
Artacho and Clancy, the world's No. 2-ranked team, will be seeking revenge against the Russians as Kholomina and Makroguzova defeated the Australians three weeks ago in Poland for a pool play match at the Warsaw Open.
Also advancing to Friday quarterfinals were fifth-seeded Alix Klineman/April Ross of the United States, ninth-seeded Melissa Humana-Paredes/Sarah Pavan Canada, 11th-seeded Sara Hughes/Summer Ross of the United States and 24th-seeded Marta Menegatti/Viktoria Orsi Toth of Italy.