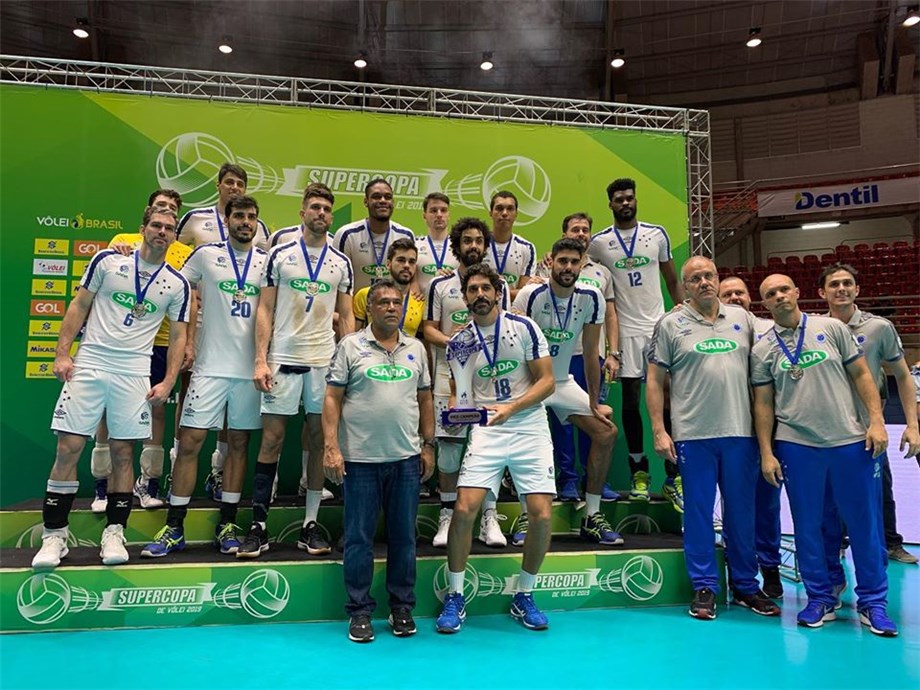 Sada Cruzeiro with the consolation silver medals after losing to Funvic Taubate in the Brazil Supercup, as they prepare to host the 2019 FIVB Volleyball Men's Club World Championship next month.

The Supercup opened the club season in Brazil, ahead of the start of the Superleague, which kicks off this weekend, with Sada Cruzeiro playing away against Pacaembu Ribeirao Preto on Saturday evening. Taubate begin the defence of their tile next Thursday at home against Apan Blumenau.

The Club World Championship will run from December 3 to 8 in the Minas Gerais city of Betim, where Sada Cruzeiro will host Italy's Cucine Lube Civitanova, Russia's Zenit Kazan and Qatar's Al-Rayyan.

Taubate were led in the Supercup by outside hitter Ricardo Lucarelli who on 19 points was top scorer of the match, followed by 17 by Moroccan opposite Mohamed Hachdadi. Opposite Evandro Guerra was Sada Cruzeiro's best scorer with 13 points.

"We played well in the first set, with serving, blocking and attacking working, but from the second set we couldn't keep up, as we started making a lot of mistakes," said Sada Cruzeiro captain Felipe Ferraz after the game. "And making mistakes against Taubate complicates things. [Head coach] Marcelo [Mendez] tried some changes, but unfortunately our opponents played better. Now our focus is the Superleague. This was a preparatory game, as our team is slowly evolving, with everyone training together for less than three weeks, so we still have to grow a lot and we have to work hard because the season is long."