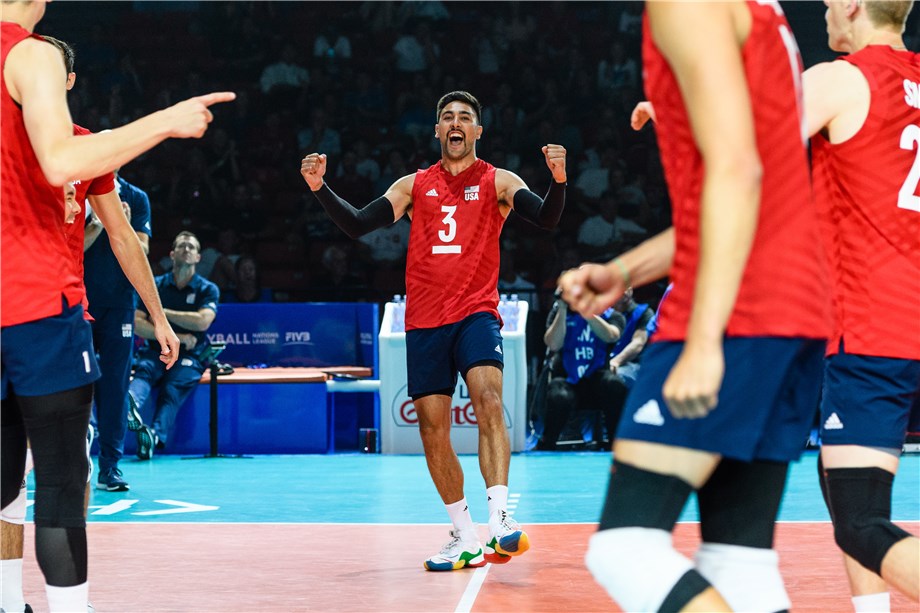 Lausanne, Switzerland, June 27, 2020 – After missing the 2019-2020 club season due to a shoulder injury, American star Taylor Sander is set to resume his career in Poland as the 28-year-old outside hitter has signed a contract with PGE SKRA Belchatow.
A Rio 2016 Olympic bronze medallist, Sander will play in the fifth different league in his career as he also spent time in Italy with Calzedonia Verona and Cucina Lube Civitanova, in China with Beijing BAIC Motors, in Qatar with Al-Arabi and in Brazil with Sada Cruzeiro Volei, the last club he played for.
“I am very excited to join PGE Skra,” he said about the transfer. “I'm glad and very grateful to join such a strong team in PlusLiga. I had offers from other clubs, but I knew that playing in the Polish league would be great for me. PlusLiga is very strong and I wanted to play in one of the best teams in Europe”.
The American star, who has been representing his country since 2012, has had surgery on his right shoulder after helping the Americans secure their spot at the Tokyo Olympics last August and since then has been working his way back to the sport.
In March, he posted a video of him spiking balls in a gym and since then he’s been working hard on his fitness for the upcoming club season.
“I’m focusing on getting my body stronger and working on the things that were a problem in the past,” he explained. “I built a home gym in my garage and I’ve been lifting almost on every day. I’m really excited for my return, I feel it’s the strongest I’ve ever been.”
Sander has a storied career with his country’s national team, which includes victories at the 2014 FIVB World League, the 2015 FIVB World Cup and the 2017 NORCECA Championships. He also helped the team secure silver at the 2019 FIVB Volleyball Nations League and bronze at the 2018 edition of the tournament and the FIVB World Championships in that same season.
More volleyball from the United States:
American star Russell strengthens Piacenza
USA veteran Smith preaches continuity during forced break
Live with Lauren Carlini: watch all five sessions
Watch: Facebook live with Kelsey Robinson
Patch using break to pursue passion for pottery
Anderson rules out beach switch
Plummer dreams of emulating Kiraly
Quick links:
FIVB Volleyball Nations League
Olympic Games Tokyo 2020FacebookTwitterInstagramYoutube