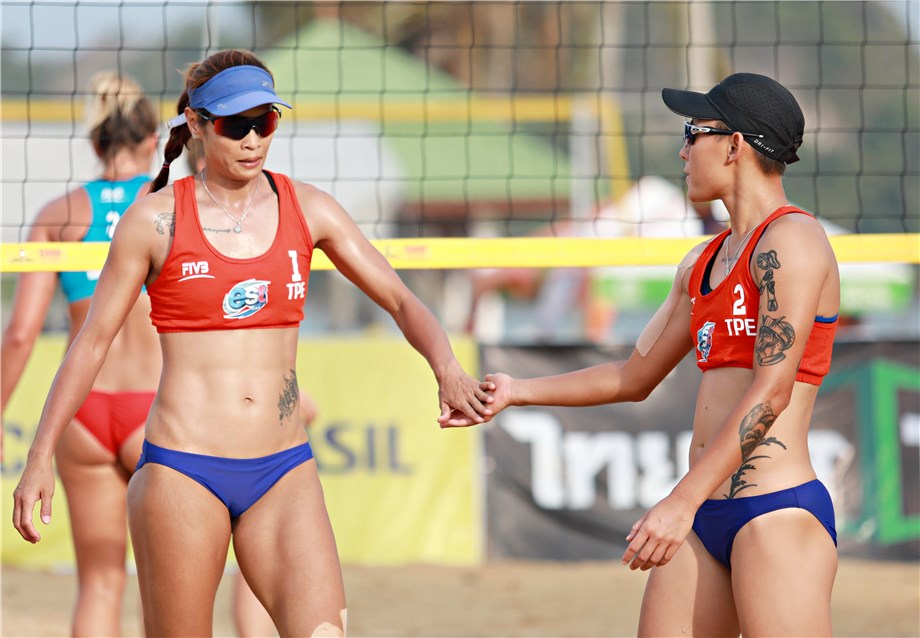 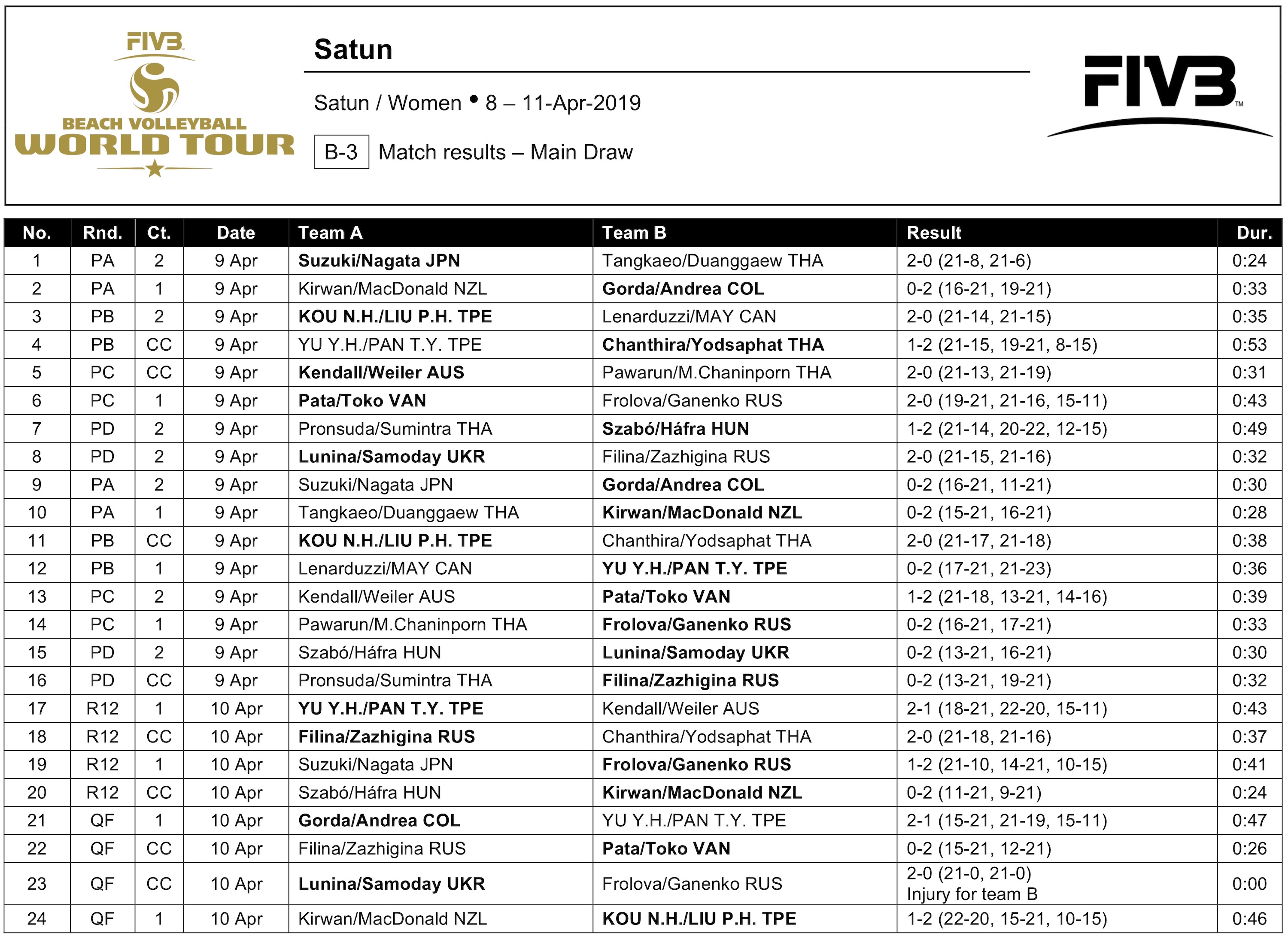 The Galindo sisters made a comeback after losing the first set 21-15 against Chinese Taipei’s Yu Ya-Hsuan and Pan Tzu-Yi. They regained focus in the next two frames to log 21-19 and 15-11 set victories to book the first semifinal spot.

Kou and Liu avenged the loss of their compatriots with their own tie-break comeback. They rallied from a 22-20 loss in the opening set and conquered their rivals Francesca Kirwan and Olivia MacDonald of New Zealand with a 21-15 win in the second set and the 15-10 match-ender.

Meanwhile, Lunina and Samoday made it to the semifinals as they won by forfeit because of an injury to Russia’s Anastasiia Frolova and Aleksandra Ganenko.