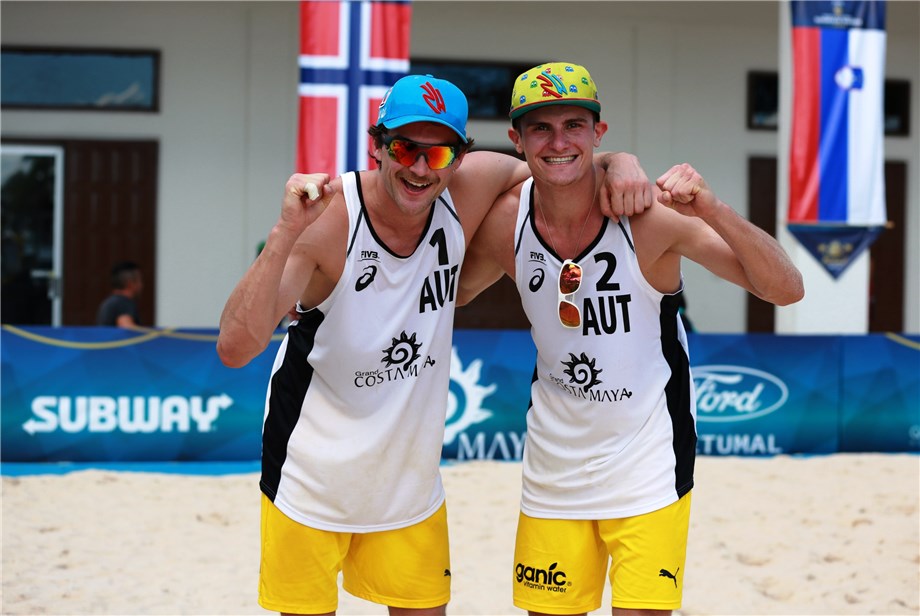 Austrians Robin Seidl and Philipp Waller celebrate a victory against their compatriots in Chetumal, Mexico.

Chetumal, Mexico, November 14, 2019 – Robin Seidl, Philipp Waller, Martin Ermacora and Moritz Pristauz all share the same training facility in Vienna, but they had to fly almost 10,000 kilometers from the Austrian capital to finally play each other for the first time in an FIVB Beach Volleyball World Tour event.

The Austrian matchup happened in the opening round of Pool A of the four-star Chetumal event in Mexico and Seidl and Waller, the 17th-seeded team in the coastal city, came out on top ousting their compatriots 2-0 (21-14, 21-19).
“It’s always a tough one when this happens,” Waller, 24, said. “We practice together the entire year and we know each other pretty well, so I’m pretty sure it was a special match for all of us and there was an extra motivation from both sides on the court.”
The triumph in Chetumal has placed Seidl and Waller a little bit closer to their dream of representing Austria at the Tokyo 2020 Olympics. As their country has three teams among the top-30 of the Olympic rankings, every result counts, especially if it means not only advancing, but making the way harder for your competitors. 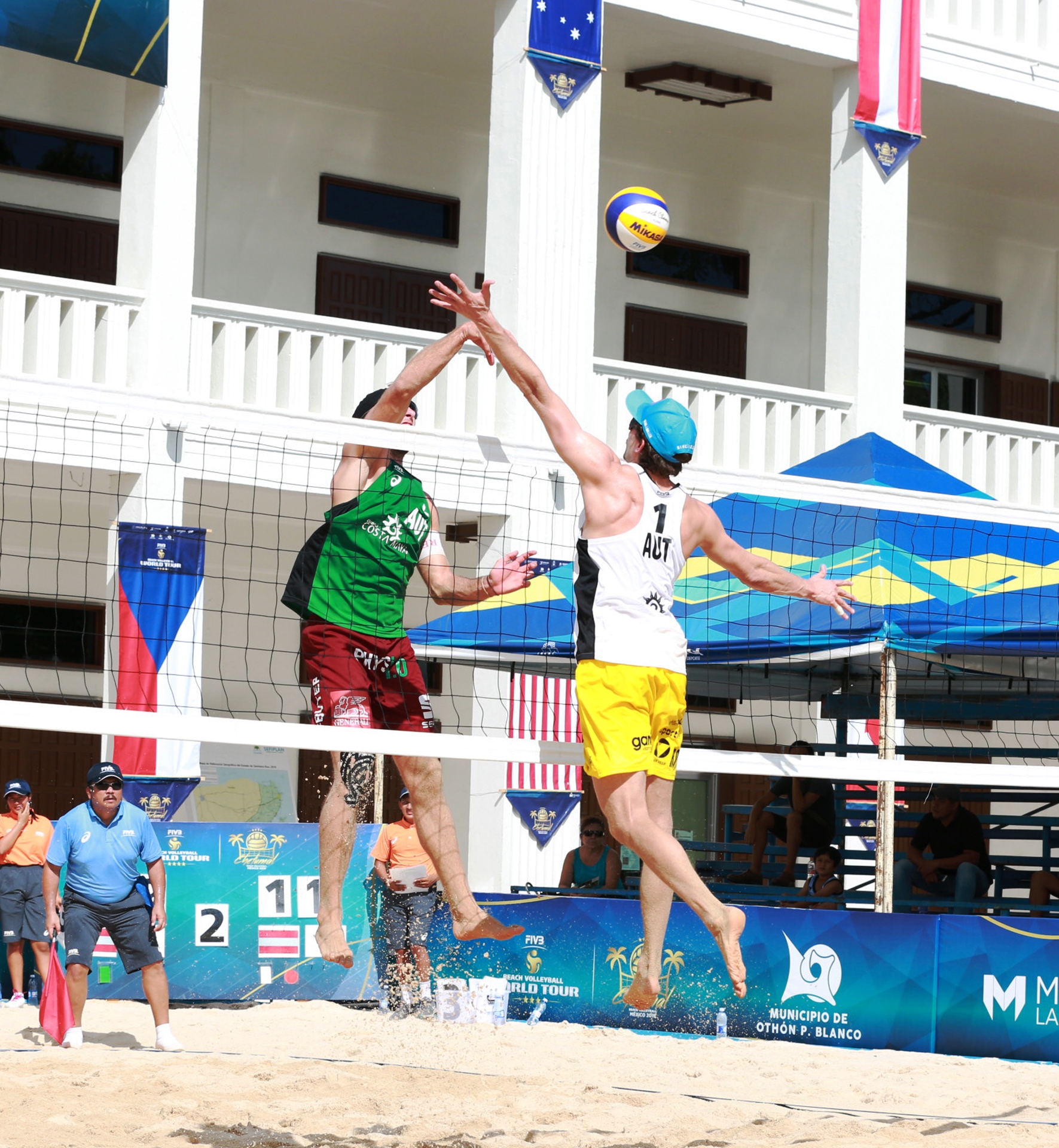 Ermacora and Seidl compete under the Austrian flag in Chetumal
“We had played them two months ago in the Austrian Championships final and luckily we won that one too,” the 29-year-old Seidl said. “But this one was far more important because there are Olympic qualification points on the line here. We want to finish ahead of them so we need to beat them every time we meet. If we get to do this in this last portion of the qualification period, then I think we have a good chance.”
Seidl and Waller continue their campaign in Chetumal on Friday, when they will play for the top spot of Pool A against the Netherlands’ Alexander Brouwer and Robert Meeuwsen, who downed the home team of Miguel Sarabia and Raymond Stephens 2-0 (21-19, 21-12) in their opening match.
Quick links - Beach volleyball:
FIVB Beach Volleyball World Tour - Chetumal, Mexico
Facebook
Twitter
Instagram
Pool play concludes for the men on Friday, followed by the Round of 16. The quarterfinals and semifinals will happen on Saturday while the medal matches are scheduled for Sunday. 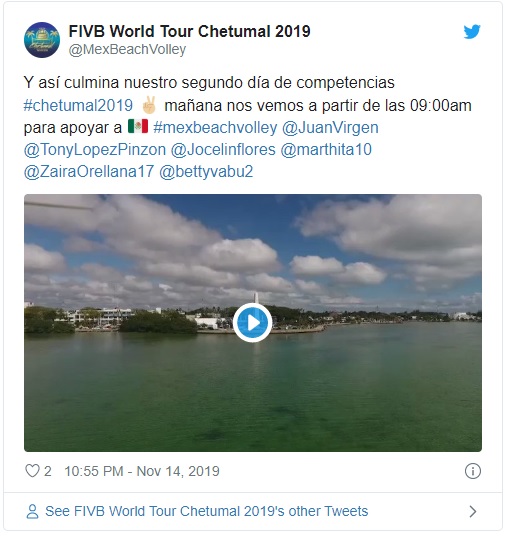