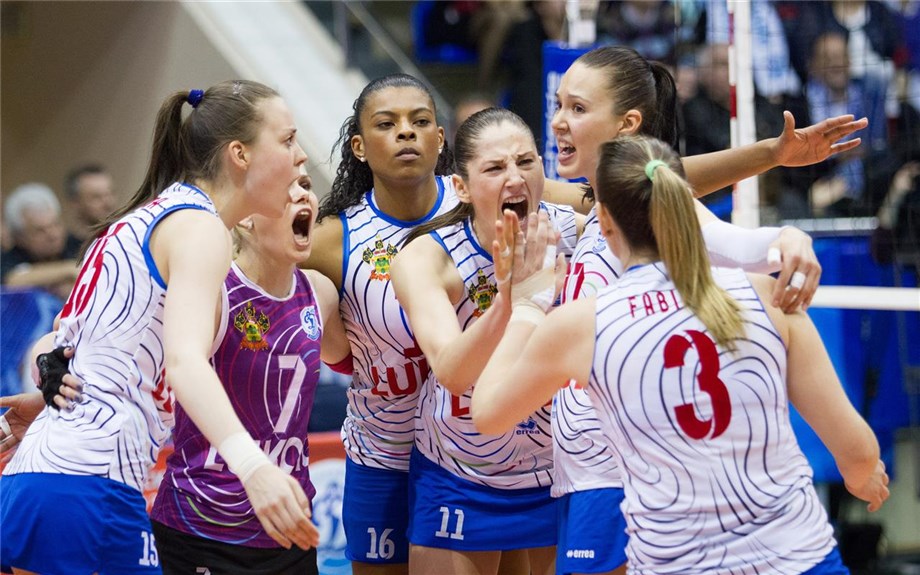 Lausanne, Switzerland May 2, 2015 - The FIVB Volleyball Women’s Club World Championship has been held eight times to date - and has produced eight winners. This remarkable run is set to continue in Zurich from May 6-10, as none of the six teams in this year’s tournament has won the prestigious competition in the past.

2015 South American club champions Rexona Ades came closest to winning on their debut in 2013 - under the club’s previous name of Unilever Volei - but had to settle for second place after suffering a 3-0 defeat to Vakifbank Istanbul in the final. The Turkish metropolis will be represented again this year, only this time by European Champions League winners Eczacibasi Istanbul.

The eight winners came from five different countries. Last year, Russia joined Brazil, Italy, Azerbaijan and Turkey on the list of winners, courtesy of a victory for Dinamo Kazan and their global star Ekaterina Gamova. 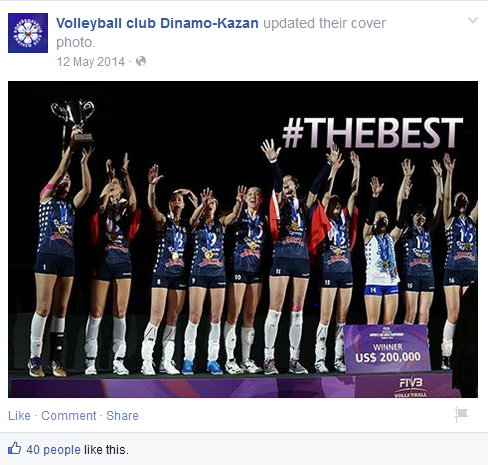 A glance at the history of this prestigious event shows that the teams from Olympic champions Brazil could be the ladies to beat. So far, at least one team from the South American nation has always finished on the podium. The competition’s debut in 1991 was dominated by ‘samba volleyball’: hosts Sadia E. C. São Paulo came through to defeat their compatriots from Colgate São Caetano in the final. Mladost Zagreb finished third that year, and remain the only team from Croatia ever to have finished in the top three.

Europe took immediate revenge in Jesi in 1992: Olimpia Teodora Ravenna triumphed ahead of Brazilian team L'acqua di Fiori Minas and Uralochka Ekaterinburg. The second year of the event was memorable for two reasons: Ravenna claimed the only Italian triumph to date in the FIVB Volleyball Women’s Club World Championship, while Ekaterinburg became the only club team from Russia to earn a place on the podium – till Kazan’s victory last year. After a year’s break, the duel between Brazil and Italy entered its next round in 1994: the South Americans came out on top again in São Paulo, with Leite Moça Sorocaba defeating the Europeans of Parmalat Matera.

It was 16 years before the next Women’s Club World Championship winner was crowned. When the competition's new era began in 2010, there had been a significant shift in power. Fenerbahce Istanbul, boasting a host of top international stars like MVP Katarzyna Skowronska-Dolata and Liubov Sokolova, claimed the first title for Turkey. Success came courtesy of a 3-0 victory over Sollys Osasco from Brazil - a win in part made possible by two Brazilians. Setter Fofao, who will call time on her outstanding career after this year’s FIVB Women’s Club World Championship, controlled the game magnificently.

It was a completely different story one year later in Doha - a total of 70 points from MVP Natasa Osmokrovic in the tournament helped Rabita Baku become the first team from Azerbaijan ever to secure the title. They defeated VakifBank Istanbul 3-0 in the final, and Baku’s captain Natalya Mammadova was “happy that we have won this prestigious championship.”

2012 presented Rabita Baku with the opportunity to successfully defend their title, but this time it was the turn of the Brazilians to strike back. Baku’s dream came to an end with a 3-0 defeat in the final against Sollys Nestle, who had been the dominant team throughout the tournament. The trio of Sheilla Castro, Thaisa Menezes and Jaqueline Carvalho, all members of the Brazilian squad that won the gold medal at the Olympic Games, topped the scoring for Sollys Nestle with 15, 14 and 12 points respectively. Sheilla Castro was named MVP.

In 2013, Guangdong Evergrande finished third to become the first Chinese team ever to stand on the podium. VakifBank Istanbul won the final 3-0 against the Brazilians of Unilever Volei, who featured Olympic-winning coach Bernardo Rezende and Fofao among their ranks, to claim a second title for Turkey. It goes without saying that Istanbul had some international assistance en route to the title - MVP Jovana Brakocevic from Serbia was the outstanding player, with 23 points to her name in the final, while Carolina Costagrande and Christiane Fürst also impressed.

Last year, Russia’s Dinamo Kazan and their superstar Ekaterina Gamova achieved a historic first victory for Russia at the FIVB Volleyball Women’s Club World Championship.
“I think it’s a big success for our club because it’s the first time a Russian team has won this tournament,” said USA star Jordan Quinn Larson-Burbach. Gamova, who played a crucial role in the final, scored a remarkable 24 points in the 3-0 victory over Molico Osasco of Brazil, which included the likes of Sheilla Castro and Thaisa Menezes. It was only logical that Gamova - arguably the best player in the world - was named MVP after the match.

No team has ever won the FIVB Women’s Club World Championship twice - but five players have triumphed on two occasions. Brazil’s Ida (Ana Margarida Alvares), Ana Moser and Fernanda Venturini won with Sadia Sao Paulo in 1991 and Leite Moca Sorocaba in 1994. Croatia’s Natasa Osmokrovic led Fenerbahce Istanbul to glory in 2010 and Rabita Baku in 2011, and Christiane Fürst struck gold with Fenerbahce in 2010 and with cross-town rivals VakifBank in 2013. Germany’s Fürst is back for more with Eczacibasi Istanbul this year, and could make history with a third title.