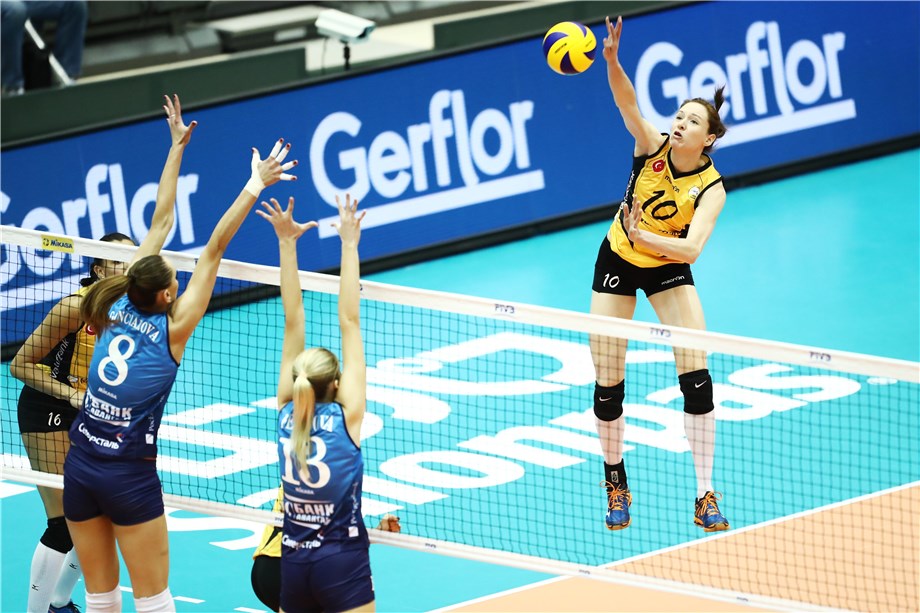 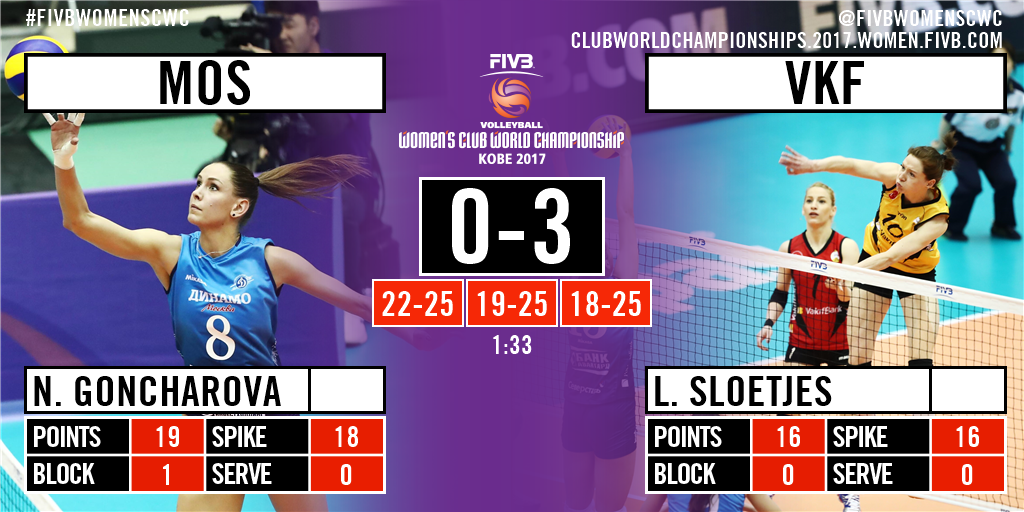 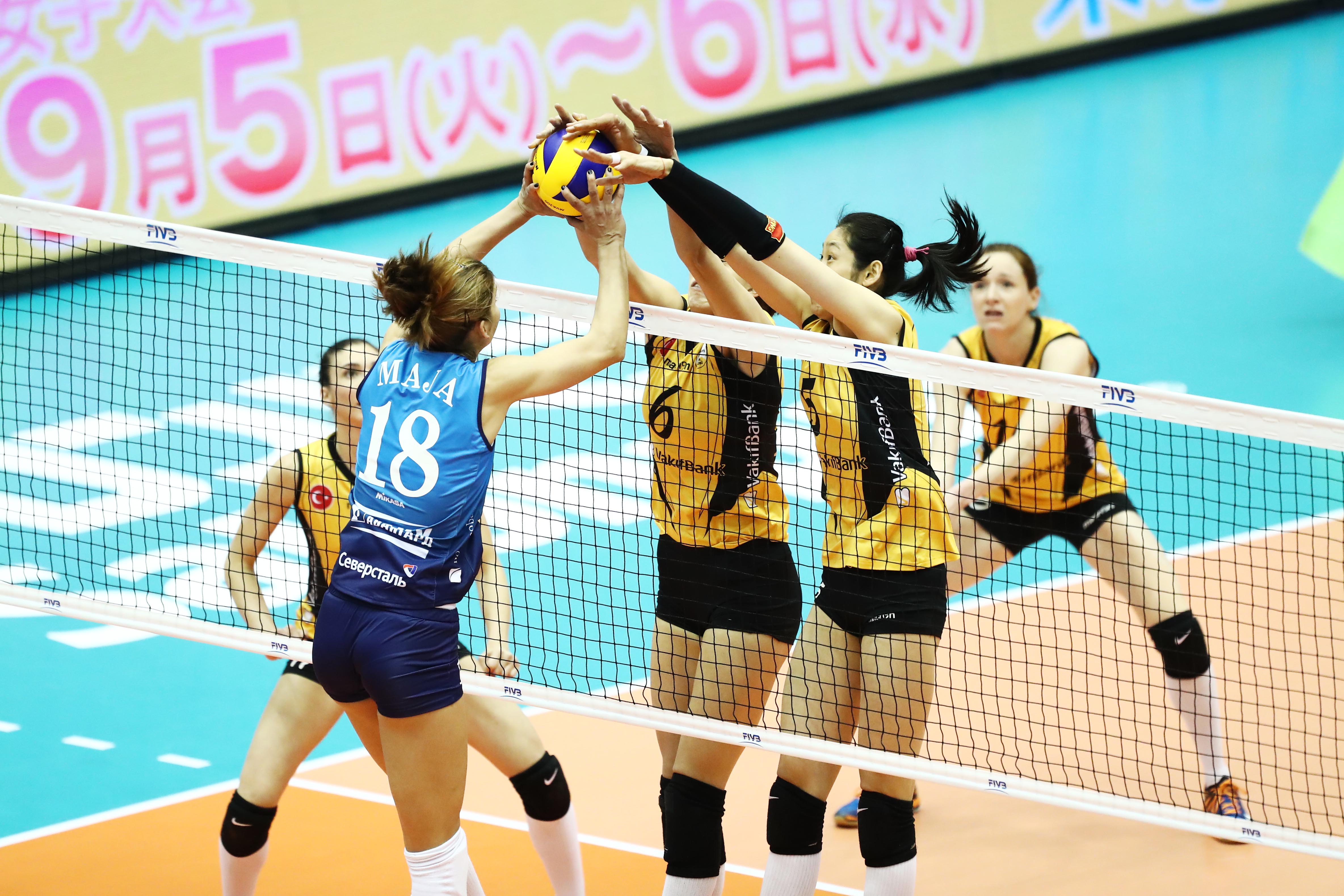 VakifBank Istanbul's Milena Rasic had five blocks in the match against Dinamo Moscow
Dinamo Moscow tried to hold off VakifBank in the opening set with great net defence, but the scoring trio of Sloetjes, who finished second behind Zhu in scoring at Rio 2016, Zhu and 2014 World Championship MVP Kimberly Hill powered the Turkish club to clinch the set at 25-22. VakifBank had better control with Sloetjes leading the charge to take the next two sets 25-19 and 25-18. 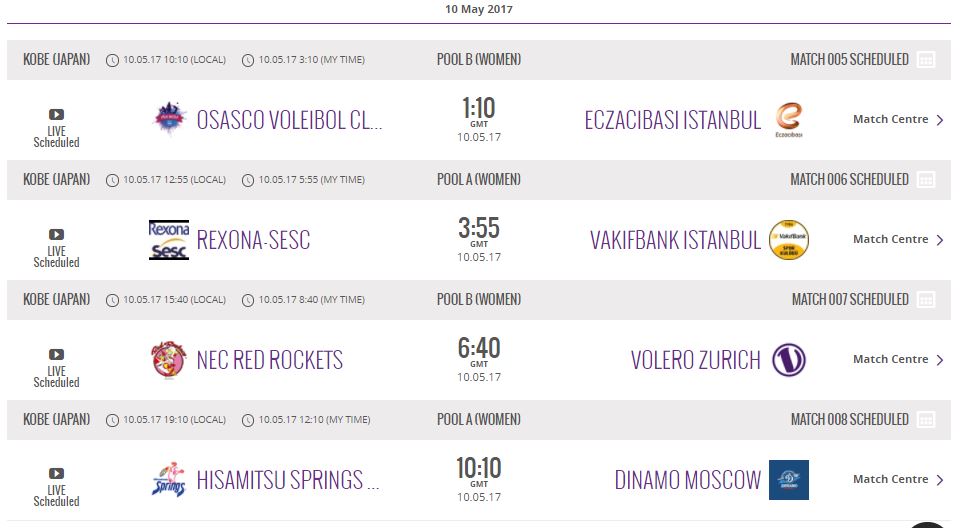