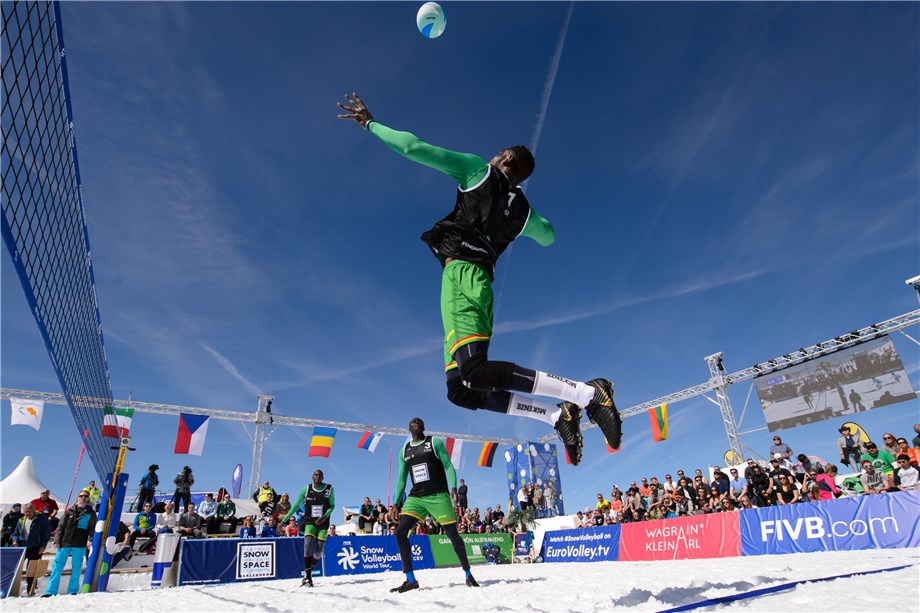 The snow volleyball team of Cameroon in action at Wagrain-Kleinarl

Lausanne, Switzerland, April 12, 2019 – Cameroon defeat Italy, Argentina win two bronze medals, Brazil in fifth place... Most people would not believe the phrase is about a winter sport, unless they followed the first two events of the inaugural 2019 FIVB Snow Volleyball Word Tour, co-organized with the CEV.
With the two truly historic tournaments which took place in Austria and Italy in late March and early April, snow volleyball evolved from a mostly European discipline to a global sport, delivering a fresh new vibe to the winter sports scene. The fact that teams from countries with warm climates, not exactly known for their skiers, skaters or ice hockey players, had the opportunity to compete as equals with the typical winter sports countries was quite unique.
While the skills that players practicing volleyball or beach volleyball bring to the snow come in handy, they all agree that snow volleyball stands on its own right as a different and completely separate sport.
“It’s all volleyball, but indoor is one sport, beach is another, and snow is yet another sport – they are all very different from each other,” commented legendary volleyballer Giba, multiple winner in all major international competitions – 2004 Olympic champion and three-time world champion, who was part of the Brazilian team at the two Snow Volleyball World Tour stops. “Snow volleyball is played at a high altitude, so we even need to learn how to breathe correctly here. Each set is only played to 15 points – either you go very hard from the very first point or you lose.”
As of this season, snow volleyball is played under a new format, with three players on each side of the court and the possibility for substitutions. This gave it even more of a country-vs-country team sport feel, which is quite rare on the winter sports scene as well. Not only that, snow volleyball is the first winter ball sport, with all the excitement that comes with it.
“Now that the rules have changed to make it a three-a-side sport, my honest opinion as a player is that this is even better,” said Slovenian snow volleyballer Tomislav Smuc. “I was a setter in indoor volleyball and I am rediscovering this role on the snow. I like it more than two-on-two. It’s more team-oriented, with longer rallies, so it’s even more attractive to the spectators.”
The FIVB tournaments in Wagrain-Kleinarl and Plan de Corones / Kronplatz were held on top of snowy mountains, high above sea level, at venues surrounded by breath-taking views. Hundreds of skiers and snowboarders on the Alpine slopes took time to watch the intriguing snow volleyball battles. To the delight and, to some extent, the surprise of the spectators, the participants offered spectacular action of the highest level.
Austria, the birthplace of professional snow volleyball and host of the first stop on the FIVB Snow Volleyball World Tour, took advantage of home court to capture both the gold and the silver medals in the men’s competition at Wagrain-Kleinarl. Russia, the dominant force on the CEV European Snow Volleyball Tour, settled for bronze. The men’s gold at Plan de Corones / Kronplatz went to the spectacular team of USA. Russia upgraded to silver and Poland celebrated with bronze.
The women’s teams were more consistent, with Russia, USA and Argentina lining up on the podium in that order at both events. The two unexpected, but well-deserved bronze medals for the South American nation, were probably the major sensation of the Tour. This, and the fact that the Snow Volleyball World Tour is heading to Argentina next, echoed strongly in the country’s media.
While the tournament in Austria was the first appearance on the snow for many of the participating teams, the learning curve was quite steep as they were figuring the new sport out, which made the level of snow volleyball at the event in Italy even higher.
“This was a great experience for us! There was an amazing atmosphere and we enjoyed it a lot,” said Reyanka Kisten of the South Africa team. “Now we are at the forefront of snow volleyball and have a great opportunity to grow with this new sport.”
Most importantly, with these initial two stops of the World Tour in Europe, where teams from 21 countries from all five continents competed, a giant step towards the globalization of snow volleyball was made. The next step will be made from August 1 through 4, when the city of Bariloche in the Argentinean Andes hosts the third stop, and snow volleyball itself will go outside Europe for its first official international tournament on another continent. 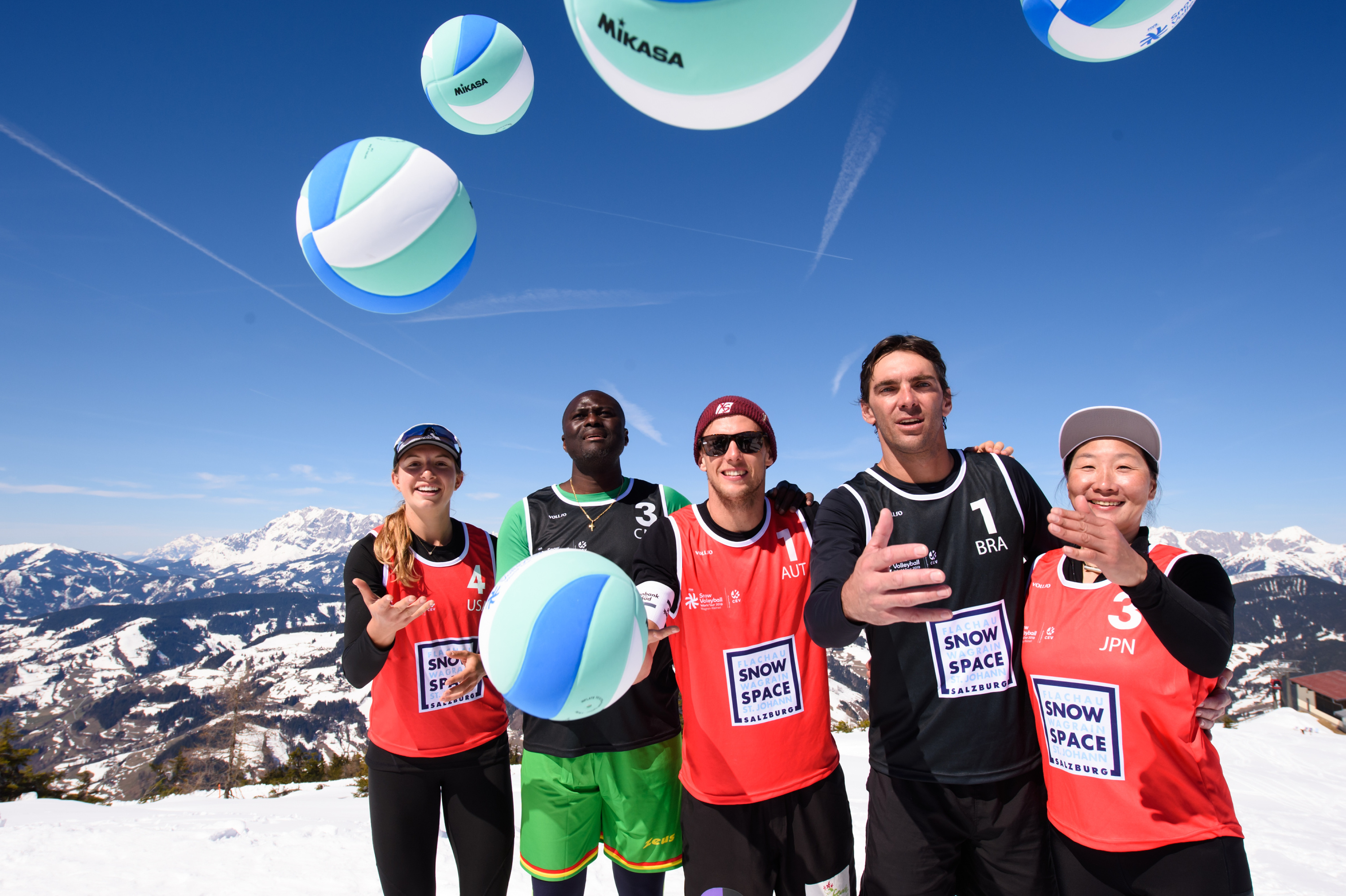