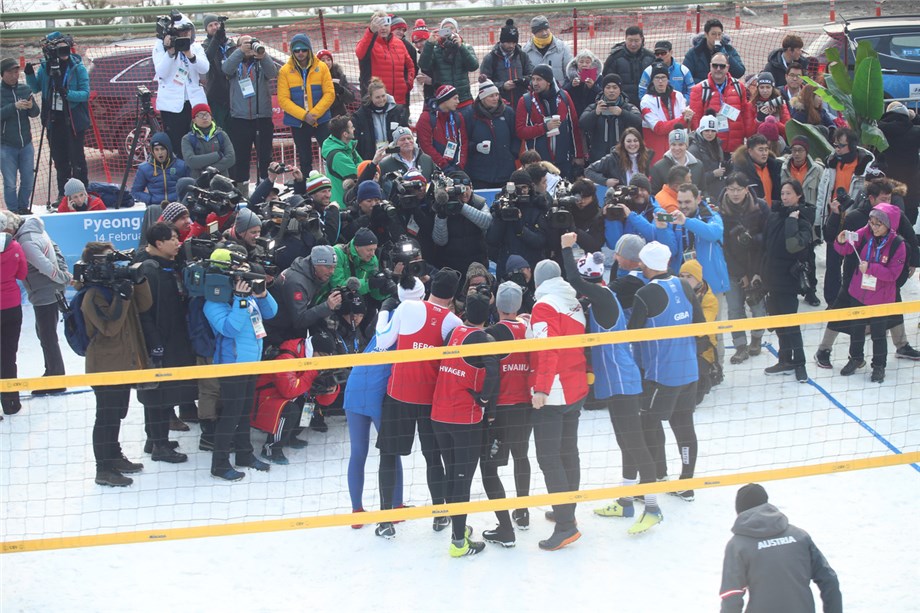 Pyeongchang, South Korea, February 14, 2018 - Following the snow volleyball exhibition match held at Austria House earlier this morning, a press conference took place at the same venue at PyeongChang 2018 for an announcement on the development of snow volleyball worldwide and plans for the sport, including the inaugural CEV Snow Volleyball European Championships in Wagrain-Kleinarl and Flachau, Austria in late March 2018.

The FIVB and CEV are currently developing snow volleyball, also by teaming up with existing sports events to build awareness of the discipline and create a global movement, built on what has already been put in place on the CEV Snow Volleyball European Tour.

FIVB 2nd Executive Vice-President and CEV President Aleksandar Boričić addressed a large number of media together with the President of the Austrian Olympic Committee, Karl Stoss, FIVB General Director Fabio Azevedo, and some of the star players that featured in the exhibition match. 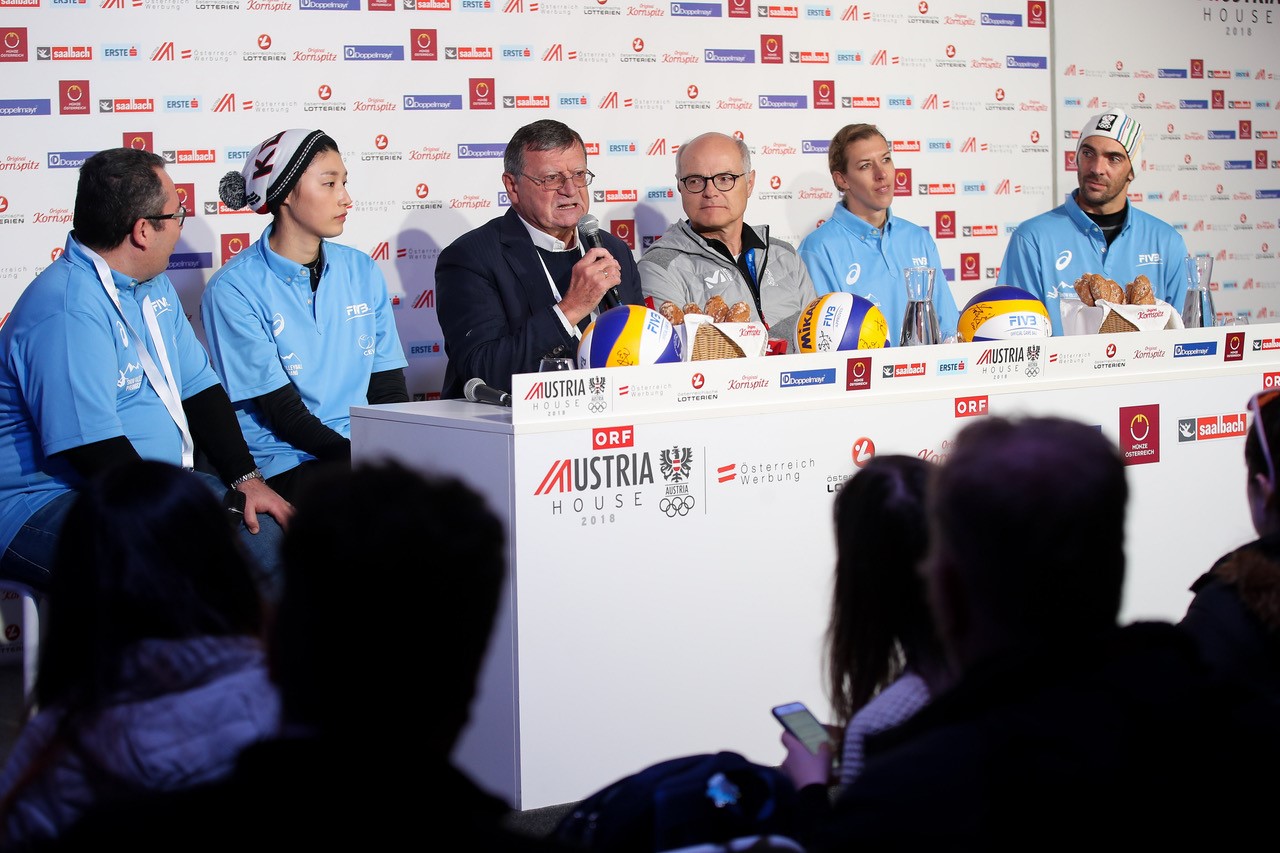 “Snow Volleyball underlines the universality of the sport of volleyball, which is now accessible all year round, from the summer to the winter, from the beach to the mountains, indoor and outdoor,” Mr Boričić said. “The FIVB and CEV work closely together with innovation being the key factor in all of our activities and efforts. The FIVB and CEV vision is to offer opportunities to enjoy volleyball in all its forms so that we can unite people in a peaceful environment, with the goal of being the number one family sport in the world.”

“Austria is a winter sports nation and snow volleyball provides us with the opportunity to show that we are a strong volleyball nation too,” the President of the Austrian Olympic Committee, Karl Stoss commented. “It is not our first priority to add snow volleyball to the Olympic programme. It is more important to promote the sport for the young people so that next to skating, sliding, skiing, they have another opportunity to do something with their family, friends. It will certainly grow and if it grows, maybe one day it could feature on the Olympic programme. Today’s exhibition match here at Austria House was a great way to promote snow volleyball.” 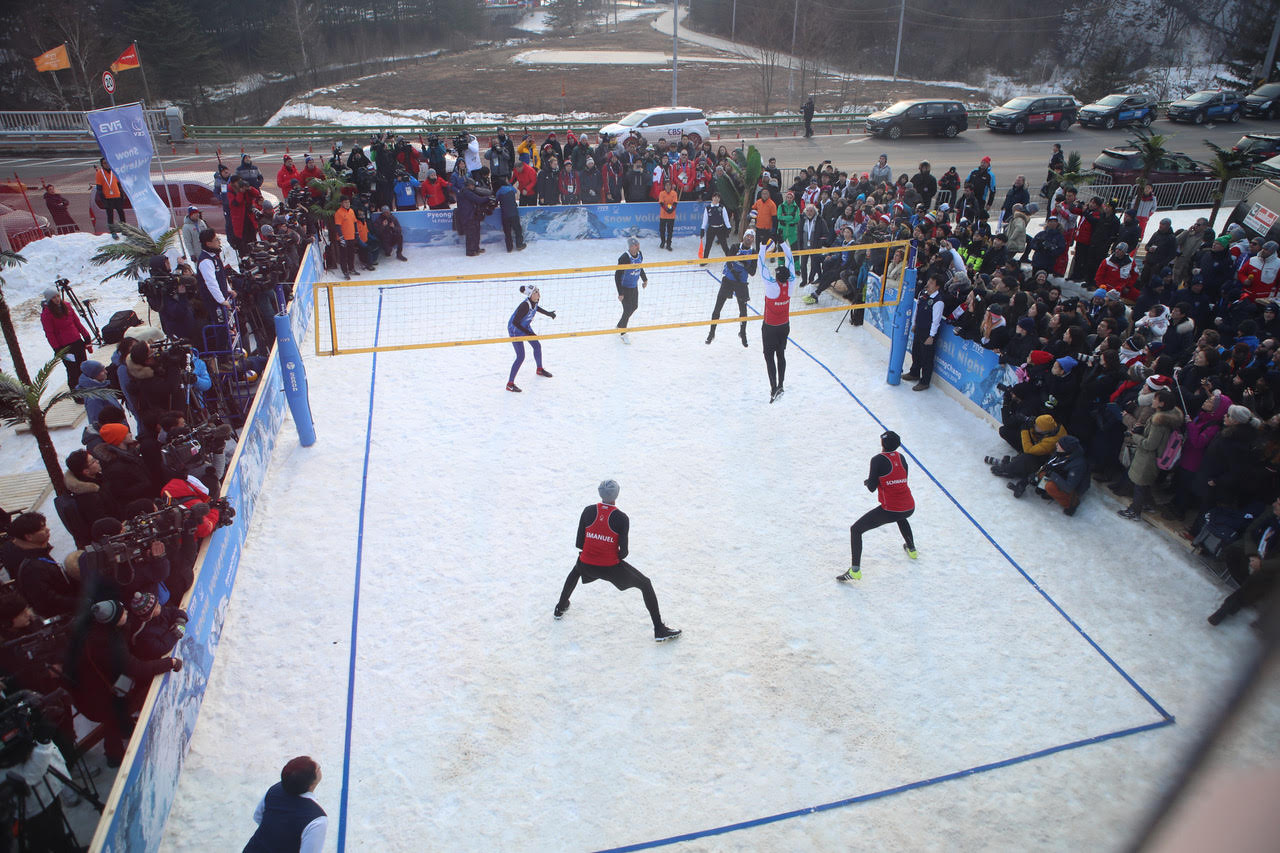 The FIVB and CEV have recognised snow volleyball as one of their disciplines and the two organisations hope that all affiliated volleyball governing bodies will do the same in their countries. This will contribute to the growth of the sport at the grassroots and international level.

As many as 17 European Federations are hosting a snow volleyball national championship this winter while the 2018 edition of the European Tour includes six stops in four countries. The 2018 season will reach its climax with the first-ever Snow Volleyball European Championship due to take place in Wagrain-Kleinarl and Flachau, Austria from March 23 to 25, 2018.