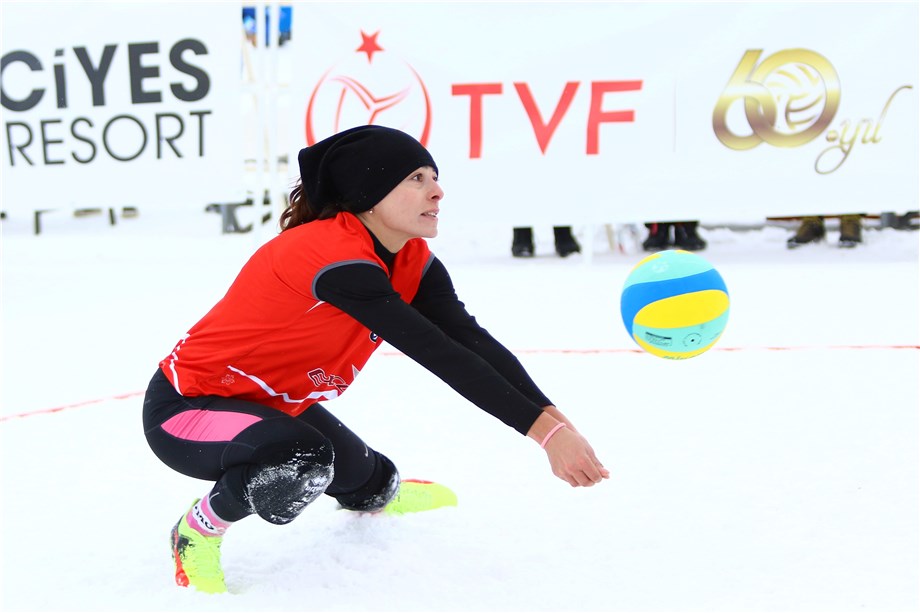 Ankara, Turkey, February 18, 2020 - The first stop on the 2020 FIVB Snow Volleyball World Tour to be held in Erciyes - Kayseri, Turkey from March 12 through 15 was presented to local media in the capital Ankara at an introductory meeting organized by the Turkish Volleyball Federation and the Kayseri Metropolitan Municipality. 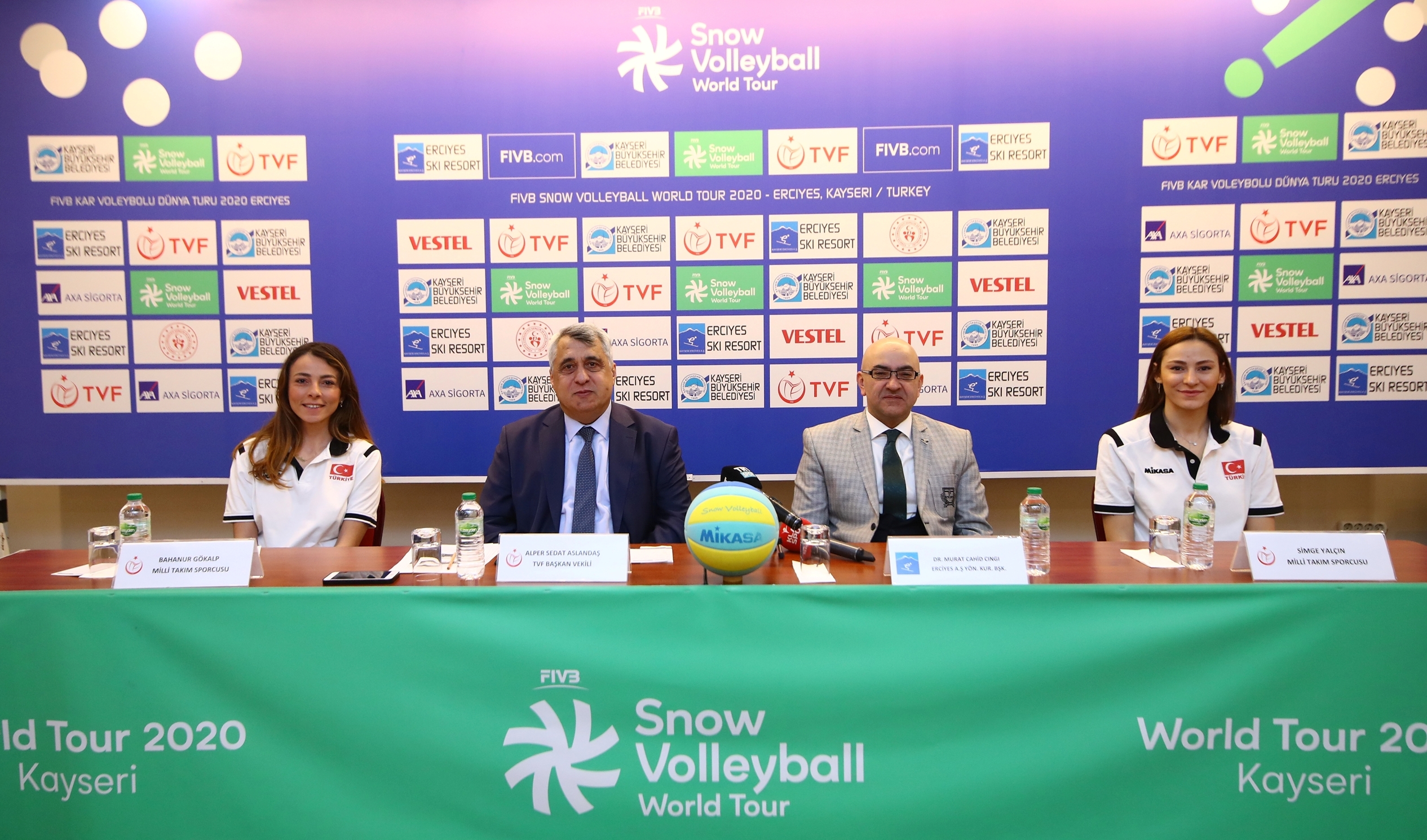 TVF Vice President Alper Sedat Aslandas and Board of Kayseri Erciyes A.S. Chairman Murat Cahid Cingi, together with Turkish national team players Bahanur Gokalp and Simge Yalcin
“Snow volleyball has gained an important place in winter sports in recent years,” said Alper Sedat Aslandas, vice president of the national federation. “In 2016, we made our first plans for snow volleyball under the slogan 'Volleyball is everywhere' and teams were created by our coaches at the national level. This year we will organize a very important World Tour event in Erciyes - Kayseri. We hope that snow volleyball will eventually become an Olympic sport and will take its place at the Winter Games.”
“Snow volleyball is an extremely enjoyable sport. Although it may seem difficult to play on the snow, we’re doing it with pleasure. We have already achieved some success in Erciyes on the European Tour and I hope that we will get medals again this year on the World Tour,” said Turkish national team player Bahanur Gokalp.

Turkish snow volleyballers rejoicing on the snow in Erciyes
“I have been a member of the snow volleyball national team since 2019,” Simge Yalcin added. “Our country has a very favourable climate for both summer and winter sports. Snow volleyball has become a whole new discipline where the competition increases every year. We’re excited to take part in this first World Tour event to be held in Erciyes and we want to win a medal.”
The tournament in Erciyes - Kayseri is the first of two events on the 2020 World Tour, recently announced by the FIVB. The second one is to take place in Bariloche, Argentina in August. This is the second season of the Tour, after the inaugural edition was launched in 2019 with three stops.
Related article:
FIVB announces Snow Volleyball World Tour 2020
Quick links - Snow volleyball:
FIVB.com - Snow volleyball